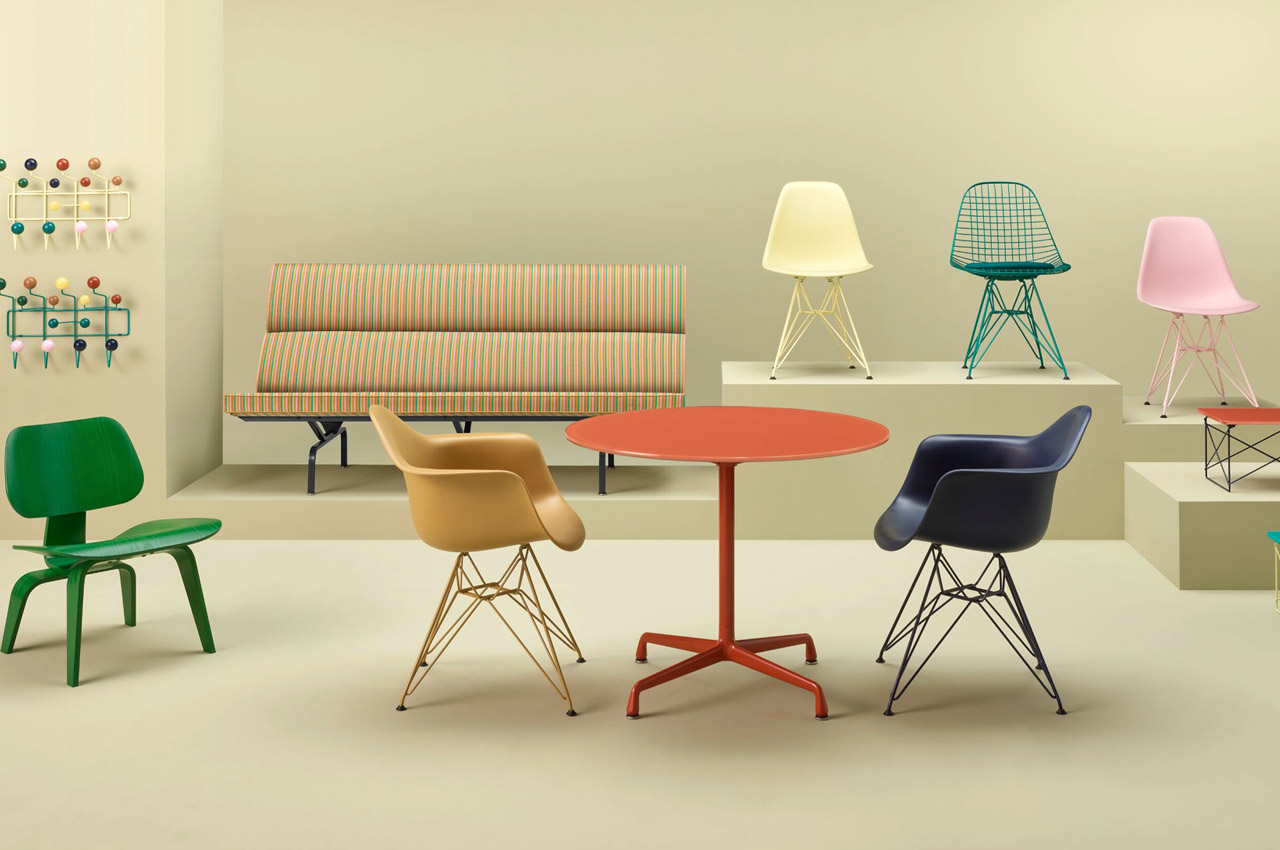 An interesting collaboration that recently grabbed all my attention is the HAY x Herman Miller collection. In an ode to HAY’s 20th anniversary this year, Herman Miller invited Rolf and Mette Hay to reinterpret the classic mid-century Eames pieces. The Danish design label transformed eight of the iconic Eames designs into contemporary colorful versions- that feature not only new shades but fresh materials as well. 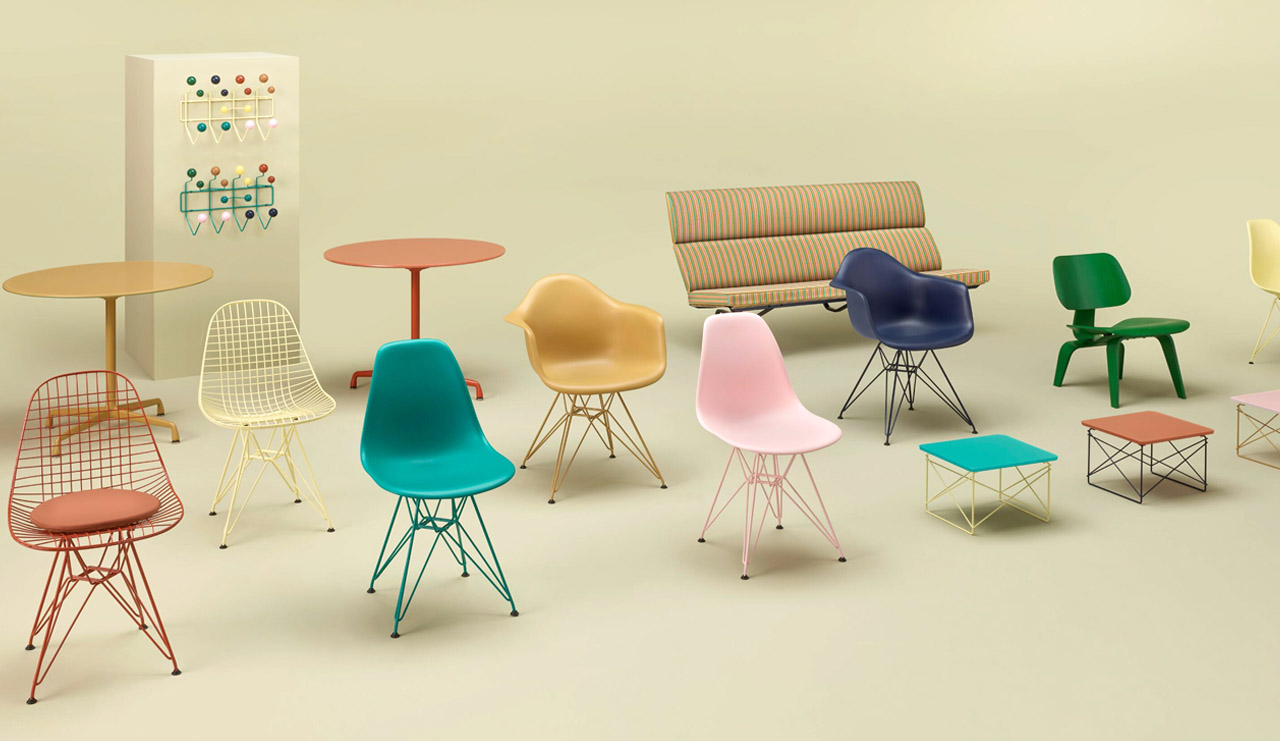 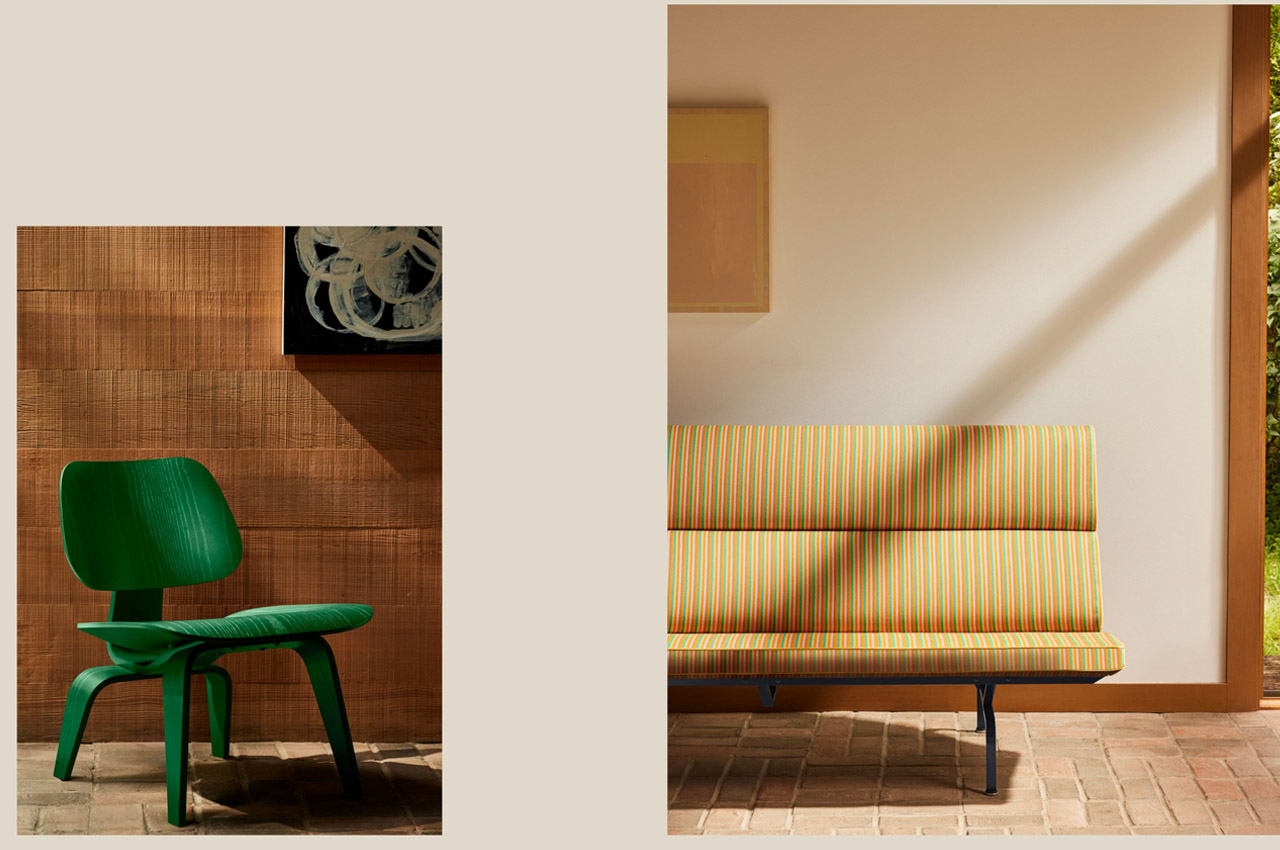 This collab was extremely meaningful for Rolf and Mette Hay since they’re both major fans of Herman Miller, and have admired the brand and the designers, Charles and Ray Eames,  for a long time. Since both brands incorporate playfulness and a sense of curiosity, they both merged and melded together effortlessly.

“They were very experimental in taking advantage of new technologies. And they were having fun. Since the inception of Hay, our goal has been to provide our customers with access to works by the best designers in the world – designers who understand that if you want to create a high-quality industrial design for the many, then you need to find smart ways of producing,” said Rolf. 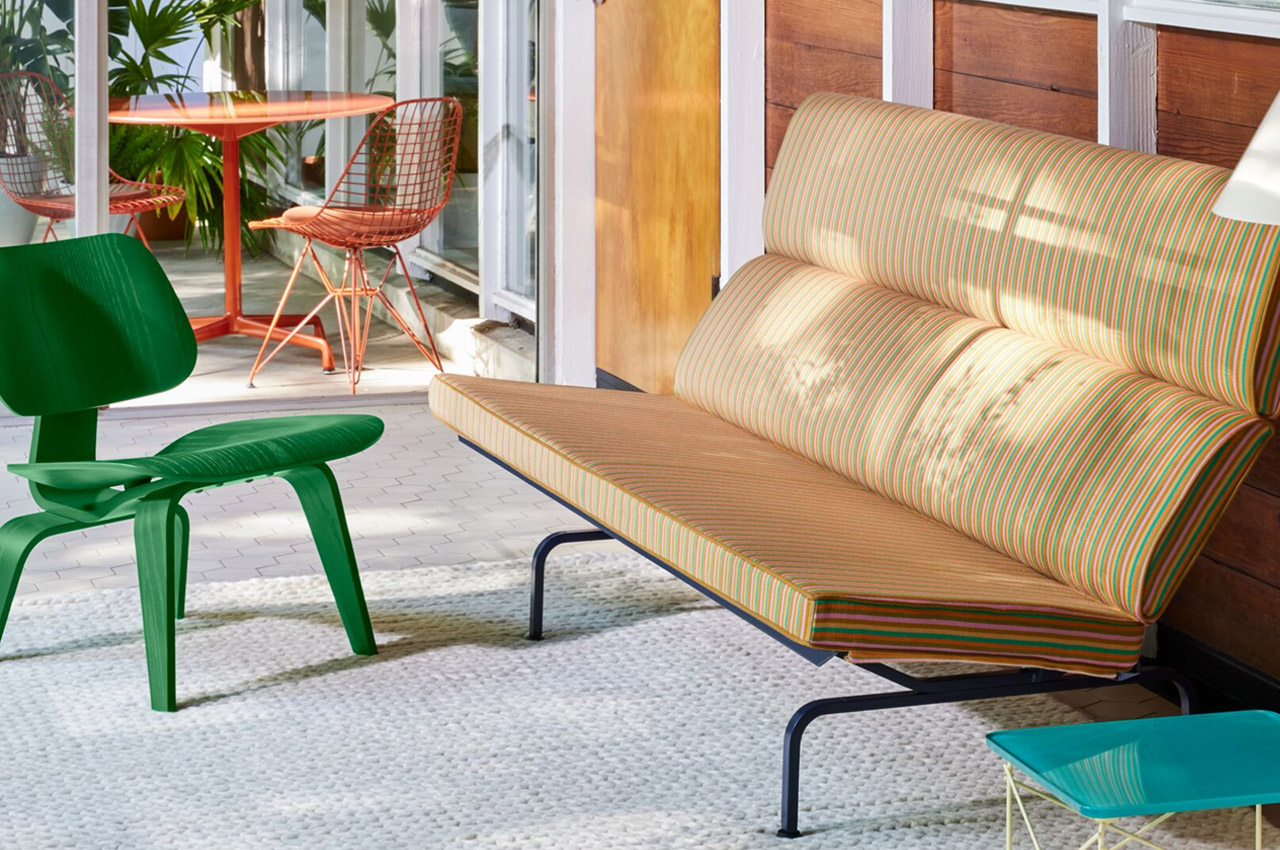 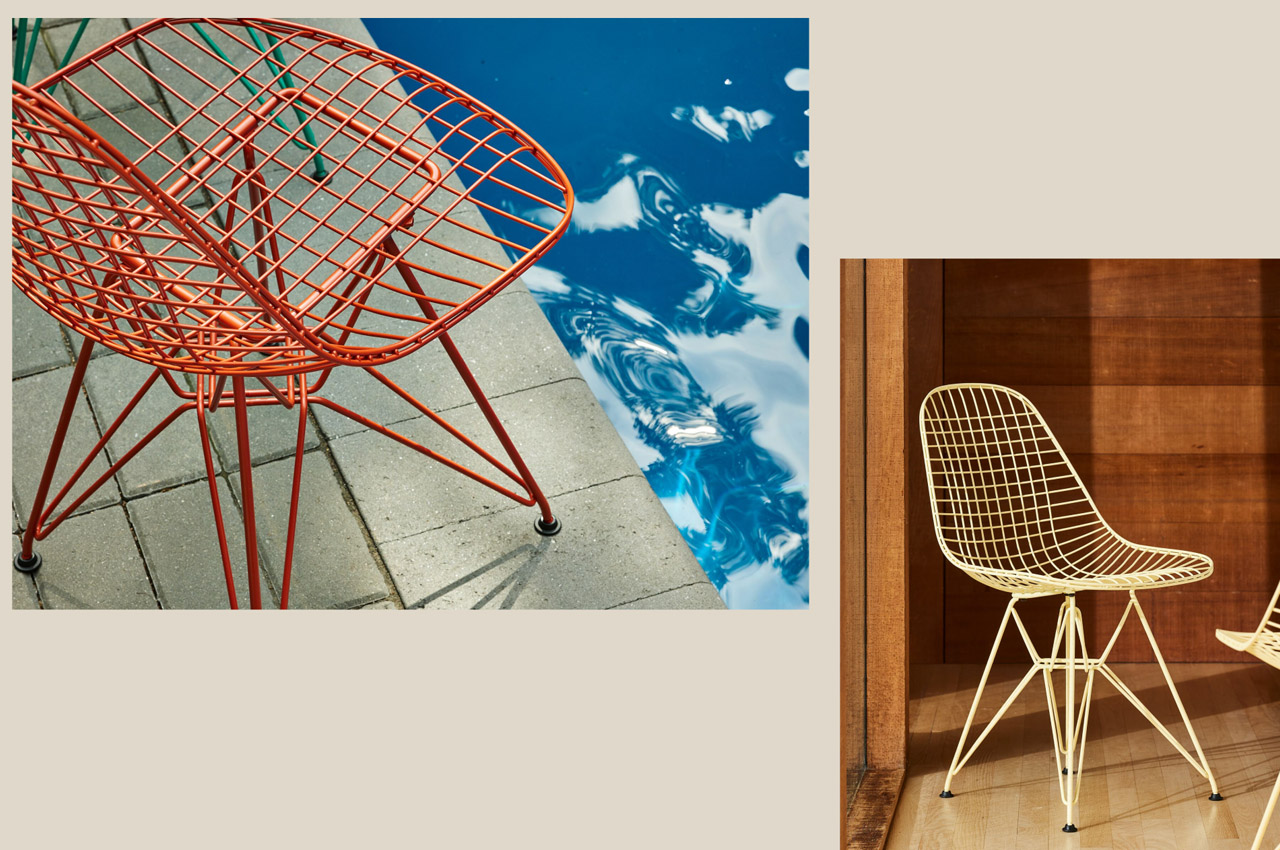 The HAY x Herman Miller collection includes eight pieces – all of them maintain the quintessential Herman Miller essence with a fun and modern twist. “Being very familiar with the existing color range, my intention was to focus on looking ahead, instead of looking too far back,” said Mette Hay. The collection includes the ‘Eames Molded Plastic Chair’ (both with and without arms), the ‘Wire Chair’, ‘Wire Base Low Table’, the ‘Universal Base Round Table’, and ‘Hang It All’ coat rack. They’ve all been created in a variety of mesmerizing colors – toffee, iron red, indigo, mint green, powder pink, and powder yellow. Also, the Eames Molded Plastic Chair has been crafted from 100% post-industrial recycled plastic. Cast-glass was also used in some of the pieces. 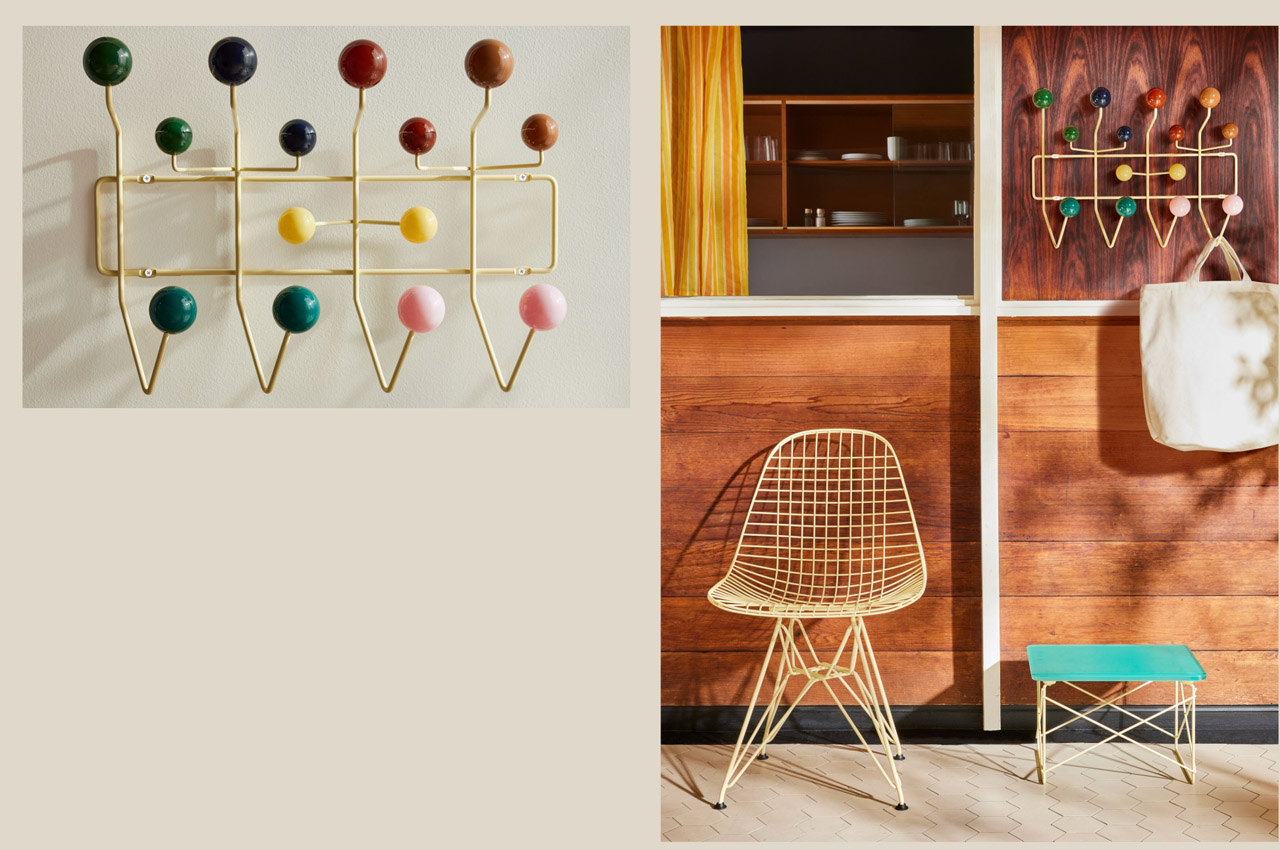 The HAY x Herman Miller collection combines the iconic Eames design language, new materials, and refreshing colors to provide an invigorating makeover to an already loved and adored brand and its designs. 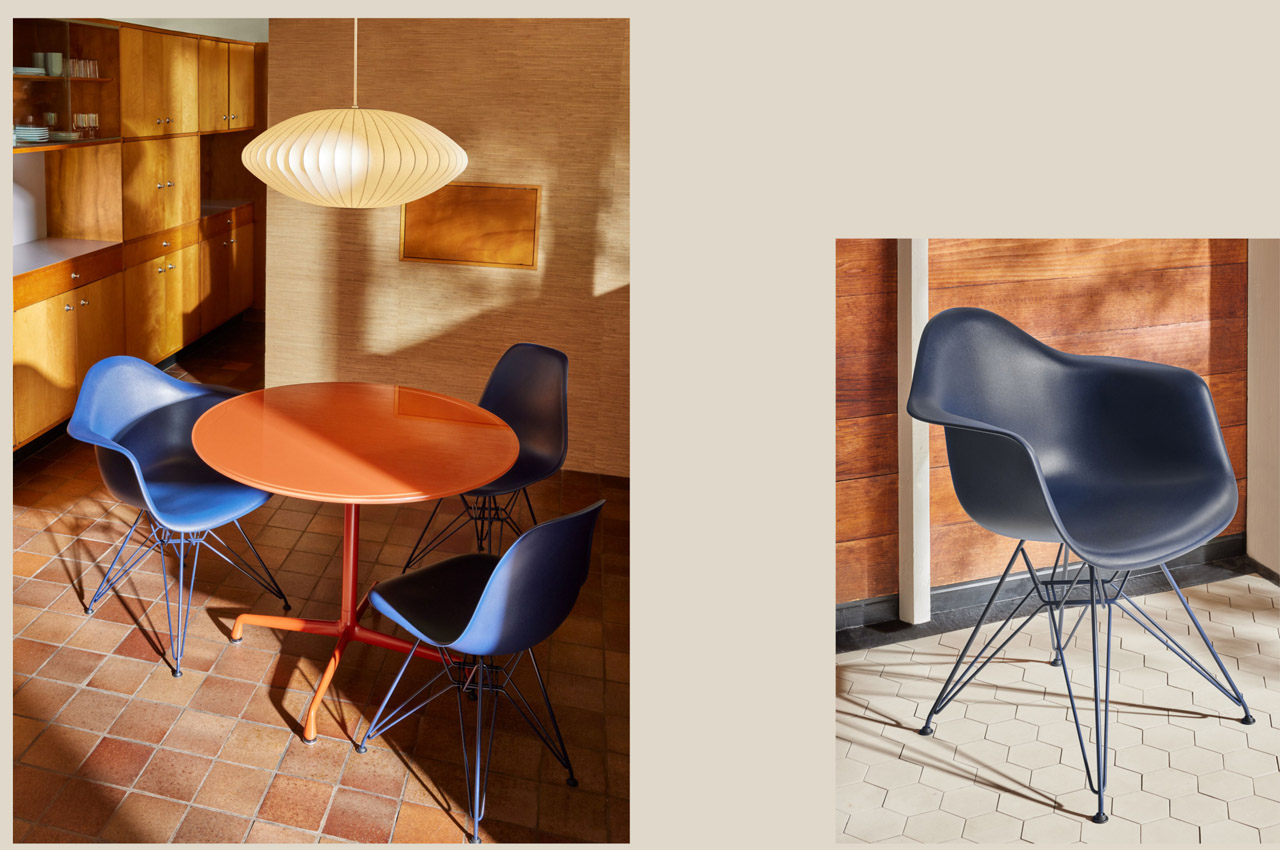 #How to Unblock a Number on Android

#How to Add Persistent Storage to Kubernetes Pods – CloudSavvy IT