The production team for the upcoming Acro Trip TV anime series has unveiled part of its animation staff and a new commemorative manga PV. The series is scheduled for a 2024 release.

Yone Sawata’s original magical girl comedy manga was serialized in Shueisha’s Ribon magazine from February 3, 2017 to December 1, 2022. The series was published under the Ribon Mascot Comics label. Five tankoubon volumes have been released in total.

Acro Trip follows Chizuko Date — a diehard fan of the magical girl Berry Blossom. Berry Blossom frequently battles the evil Fossa Magna organization, but her success means that most people don’t pay attention to their clashes anymore. When Chizuko meets the weak Fossa Magna leader Chroma, who is also a part-time convenience store worker, she finds herself being invited to join Fossa Magna.

#Josee, The Tiger and The Fish Anime Movie Gets New Trailer and Visual 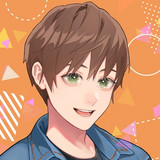 #Pierrot Launches New Project ALL RUSH!! to Show the Backstage of Animation Production