If you want to watch ‘Random Acts of Violence’ Review: Jay Baruchel Goes a Little Too Meta in Comic Book Serial Killer Thriller visit the Dizi.BuradaBiliyorum.Com

Life imitates art imitating life in “Random Acts of Violence.” In this graphic novel adaptation, a comic book creator discovers he’s being trailed by a real-life fiend enacting crimes he’d fictionalized from a serial killer’s exploits some years prior. What was already quite multimedia-meta enough in its original print incarnation becomes a bit much so here, as a de facto slasher movie filtered though a comic-book sensibility dramatizes a comic book that itself was an homage to slasher movies.

Actor Jay Baruchel’s second directorial feature (following the underwhelming 2017 sequel to hockey-comedy favorite “Goon,” in which he played a sidekick) almost inevitably has a forced feel as it struggles to maintain multiple layers from ironic in-jokery to straight-up horror. The result is more flashy and shallow than ingenious, let alone terrifying. Yet it’s also a committed effort, one whose energy and style command some appreciation even when they overwhelm the shaky story gist. Having already been released to Canadian theaters and VOD July 31, the film goes straight to AMC’s genre streaming platform Shudder in the U.S. and U.K. this Thursday.

Toronto-based Todd (Jesse Williams) is the mastermind behind “Slasherman,” the “No. 1 R-rated comic” in its particular niche. But that commercial success has also made it a target for criticism as yet another “toxic element of a dangerous culture that lionizes male violence” — particularly since its homicidal “hero” is clearly modeled on the actual “I-90 Killer” who left behind a gruesome trail of murders along that highway about three decades ago. Sensitive to such accusations, Todd is eager to wrap the series up, but can’t figure out an ending. Ergo he’s taking a road trip below the U.S. border along the sites of the original crimes with girlfriend Kathy (Jordana Brewster). She’ll also be doing some research of her own: Working on a book that aims to “give voice” to the same spree’s victims, as he has not.

That this endeavor might rub salt in Todd’s professional wounds seems not to have occurred to her, though it’s a potential relationship deal-breaker. But then director Baruchel and his screenplay (co-written with Jesse Chabot) seem to think squabbling is the default mode of human communication. Far too many scenes here are dominated by that irksome dynamic, even when it doesn’t make much sense in character terms. Not helping the leads in that regard is the travel companionship of Todd’s pushy manager Ezra (Baruchel) and his assistant Aurora (Niamh Wilson), herself an aspiring comic book artist.

It is Aurora who’s distractedly driving on the wrong side of the road when they nearly hit a sinister-looking van, which ominously pauses for a long spell before moving on. Later the vehicle turns up again and again on their route, each time leaving new victims behind. Our protagonists soon realize that someone is reviving the I-90 Killer’s mayhem, complete with clue-planting calls before each crime — formerly to the victims’ families, now to Todd. It takes them a bit longer to grasp the murderer is using the corpses to stage tableaux straight from the pages of “Slasherman.”

Blood-soaked as it is, “Random Acts” nonetheless seems ambivalent regarding just how seriously it means us to take that gruesome content. Or rather, it wants to play too many angles at once: Both as “hardcore” gore-horror and a commentary on the genre, while simultaneously celebrating and critiquing similarly-angled comics. In just 80 minutes, there’s barely room for such contradictory impulses to be acknowledged, let alone explored. Whatever internal logic the film has begins to fall apart after the first half hour, as irrational behaviors, conflicts that don’t quite make sense, and odd narrative lapses (when Todd’s hand gets slashed during a public event, no one even wonders who cut him) begin making the storytelling seem plain sloppy, rather than deliberately off-kilter.

Though their characters don’t make a terribly convincing couple, Williams and Brewster approach the material with an earnest naturalism that tends to underline its credibility gaps. Supporting players, on the other hand, operate mostly in the realm of caricature — and all performances are too often over-agitated, leaving the film nowhere to go in terms of gradually ramping things up. There’s an attempt at depth in giving Todd childhood flashbacks that eventually tie into the whole I-90 saga, although those contrivances feel poorly thought-out. When revealed at last, the irrelevance of the perp’s identity further renders “Random Acts” more random than serves its purpose.

Still, if content and tone never quite gel, Baruchel’s attempts to approximate a comic-book visual style do compel attention. DP Karim Hussain bathes the assertive compositions in luridly colored lighting, and there’s a certain dynamism to the editorial gambits as well. As if that weren’t enough already, there are also sharp-looking sequences of actual animation in a modern graphic-novel style.

These elements give the film considerable flair, but they also distance us from any true emotional urgency or identification. “Random Acts of Violence” has a great look for something as willfully remote from everyday rationality as many “dark” genre comics — or for that matter the similarly hyper-stylized classic Italian giallo movies. But it seems halfheartedly insisting on being taken more literally, as little as the underdeveloped plot and characters make that desirable, or persuasive.

#Converting solar energy to hydrogen fuel, with help from photosynthesis 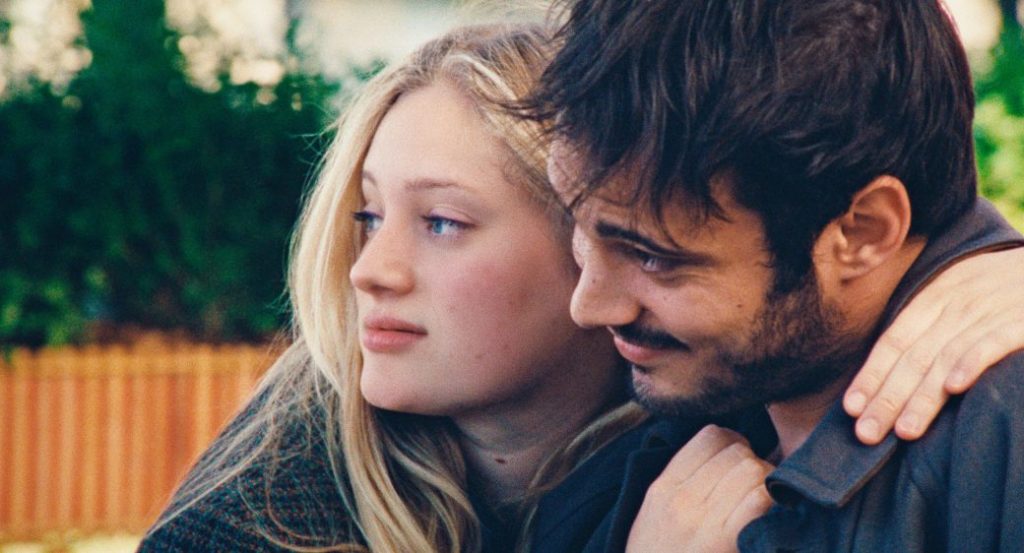 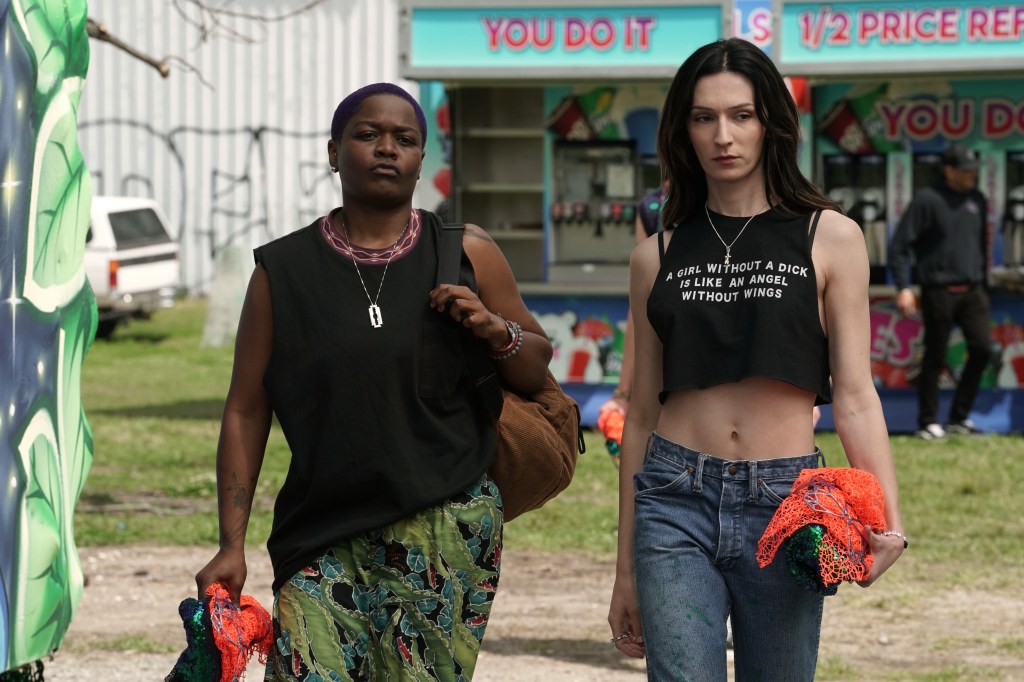 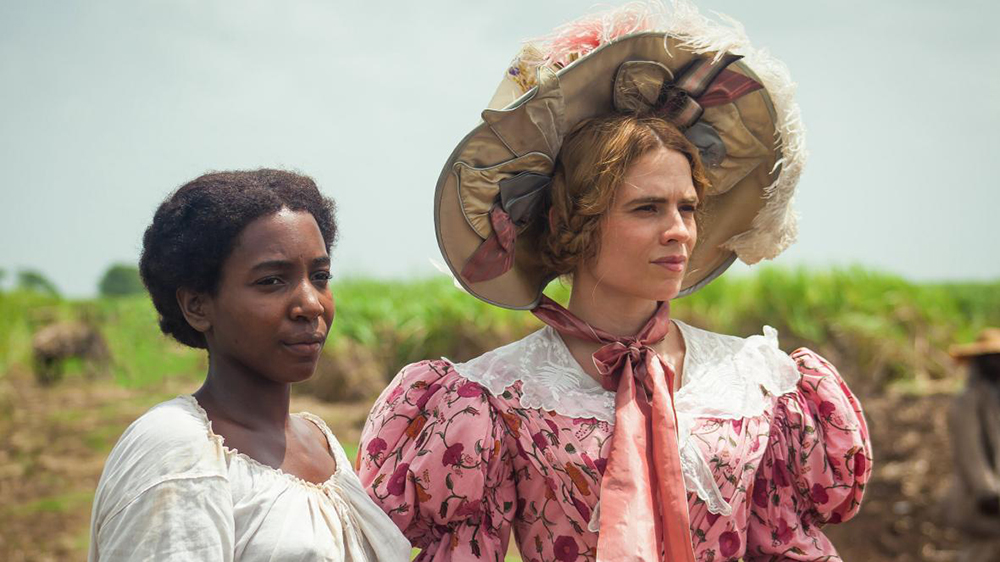