Wild video has emerged of a bizarre stabbing on a Queens subway in which two men were attacked by a knife-wielding stranger, police said.

The partially caught on video brawl began on the 7 train when the suspect, Patrick Chambers, 46, shouted at two elderly men sitting across from him, “Why aren’t you home with your kids?” police said.

Chambers then pulled a blade, allegedly slashing and stabbing the men, who are both in their 70s. The mayhem erupted about 7:25 a.m. on July 5 as the train rolled through Sunnyside.

Footage shows the bloody tussle after it began, with the victims on the floor of the train. A woman can be heard shrieking in the background along with a man yelling, “Get off the train!”

The apparent stabber, clad in a black baseball cap, gray tank top and slacks, appears to kick at the men on the floor before walking away to the other end of the subway car — only to return to one of the men, jabbing him at least once with the knife, the clip shows.

Eventually the attacker leaves the train car and a conductor walks through. One of the victims then holds up his bloodied arm for the camera. Both attacker and victims wore face masks to protect against COVID-19.

#The Amazing Race, 60 Minutes, One Day At a Time: CBS Announces Fall 2020 Premiere and Finale Dates

The victims were removed to Elmhurst Hospital in stable condition. The attack comes amid a wave of increasing violence, mostly shootings, across the city.

Chambers was arrested and charged with two counts of assault, two counts of menacing and criminal possession of a weapon, which cops recovered from the suspect, police said.

#Yankees can forget about being American League favorites

#Jamal Crawford is ready for Nets after ‘baffling’ NBA hiatus

#Black Widow Disney+ and Theatrical Release Set for May 7 – /Film 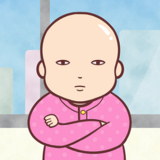