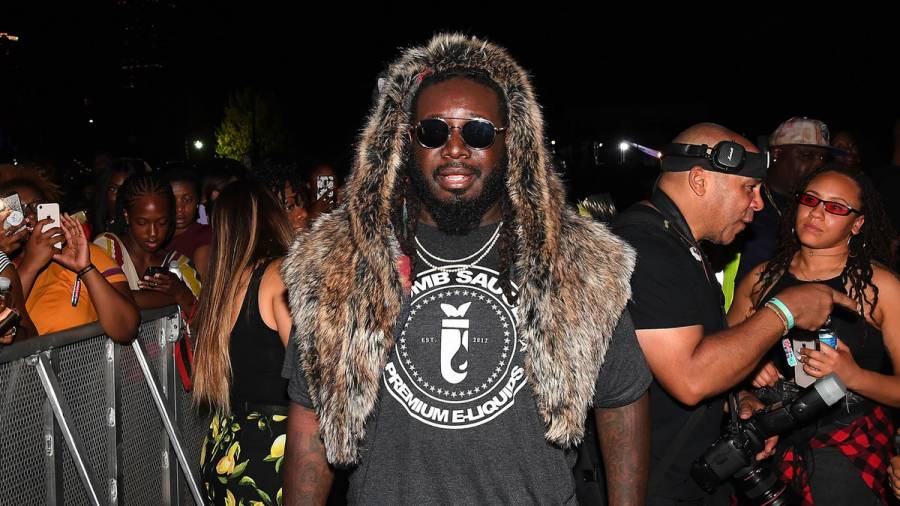 Paras Griffin/Getty Images
T-Pain comes from an era before streaming numbers influenced the Billboard charts and success wasn’t as easy as having a viral hit. His debut album, the gold-certified Rappa Ternt Sanga, arrived in 2005 and he’s watched the music industry go through numerous iterations over the past 16 years.

On Saturday (November 27), Tallahassee Pain shared his thoughts on today’s generation and implored younger artists to consider their futures.

“The way that artists are starting to believe that momentary popularity is better than longevity is super disturbing and [I] really want y’all to think about the future and generational wealth,” he wrote. “It’s bigger than right now. You got a lot of lives in your hands and a generation to start.”

T-Pain routinely hands out advice for aspiring artists whether on Twitch, Twitter, Instagram or during interviews. In July, the Godfather of Auto-Tune suffered an epic meltdown on Twitch while ripping apart some recent music submissions he’d received.

“You know when your shit sounds like somebody else’s shit,” he begins. “You’re making it because you’re in the studio like, ‘What’s the number one record now? We need to make another one of those.’ Stop doing that! Stop! You’re not original! Give me some original shit!

“Are you seriously telling me that you sat here watch me tell a bitch to eat a dick and you thought that wasn’t original? Are you seriously sitting here telling me ‘eat a dick’ is the bad part of music? Stop!! Just fucking do something else! God damn it! Do some different music!”

But T-Pain has been on the receiving end of similar criticism in the past. In a clip from the Netflix series This Is Pop, he admitted he went into a deep depression after Usher told him he ruined music by implementing Auto-Tune into his music.

“Usher was my friend,” T-Pain said in the clip. “I really respect Usher. And he said, ‘I’m gonna tell you something, man. You kinda fucked up music.’ And then he was like, ‘Yeah man you really fucked up music for real singers.’ I was like, ‘What did I do? I came out and I used Auto-Tune.’ He was like, ‘Yeah, you fucked it up.’ I’m like, ‘But I used it, I didn’t tell everybody else to start using it.’

“That is the very moment, and I don’t even think I realized this for a long time, but that’s the very moment that started a four-year depression for me.” Revisit the clip below.

#Woman devastated after no one shows up to her 'Friendsgiving'

#NCIS Season 19 Trailer: The Team Mourns Gibbs, But is He Dead?