There are just aliens all over the place this season!

First Jones, and now a new alien who is NOT a stranger to the audience. And isn’t that fun?

Spoilers abound after this point, kids. So, proceed with caution!

The alien reveal is the biggest shock moment of the hour, with the slightly unlikely trio of Isobel, Maria, and Greg teaming up to hunt down a missing alien. And unbeknownst to them, Max and Liz were also accidentally stumbling upon some crucial evidence that would put all the pieces into place for the big gotcha at episode’s end.

It’s always been plausible there were other aliens around, especially after we learned about Caulfield in Roswell, New Mexico Season 1. Oh, and after finding out about the murderous sociopath that was Noah Bracken.

But this alien doesn’t seem like a Jones or Noah type, at least from the little bit of time we got to spend with him when during his chats with Rosa.

That’s right, Preacher Dallas, with the wide smile and kind eyes and strong arms, appears to be from the Oasis. He’s an alien just as much as Michael, Isobel, and Max. And if that’s not enough to give you pause, we got the added bonus of learning Heath is his best buddy since childhood.

Well, if that isn’t a coincidence!

Getting to these reveals is where the meat and potatoes part of this episode lies, with Max and Liz spending a significant amount of time together on the road to Los Angeles for the first time basically all season. It ends up being a time for them to connect while also still working through the failures of their relationship.

For as much as Max and Liz love one another, and they really, really do, there is still a lot of tension and unresolved pain surrounding the events of their breakup. It’s like they are both fully aware that the other is sorry and whatnot, but they still can’t fully move on from the events leading up to the lab explosion and the event itself.

Bringing Heath into the equation only increases the tension, and while they both talk about wanting to move forward, at the first sign of trouble, they revert to old habits and hurling accusations.

Max is understandably distrustful of Heath since he doesn’t know the man. And he’s spent his whole life singularly focused on one thing, which is protecting his family. So, of course, he’s not ready to just believe Heath is not only a good guy with his best interests at heart, but someone that they can trust.

Liz has the opposite belief naturally, and when things come to a head in the middle of Heath’s living room, it feels like a fight we’ve seen before.

They’ve had moments this season with apologies and nice words, but there needs to be some action and follow through if these two want to get back to a place where they can be in a healthy partnership. Because that’s where their major issues lie. In the fact that they stopped being partners, and that’s a hard thing to get back to.

Heath being revealed as a pseudo bad guy isn’t surprising, but the way it all culminates in him and Dallas being besties and Heath trying to use the spores to help save Dallas’s life is a surprise that just begets more questions.

Why is Dallas sick? How much does Heath know? And did he know all along who Liz was?

This giant bomb gets leveled on us, and the only thing I can think of is all the many questions surrounding it, which is peak Roswell. If you don’t leave each episode with ten new questions on top of the fifty unanswered questions from weeks prior, are you even watching The CW’s Roswell, New Mexico?

The aforementioned Isobel, Maria, and Greg subplot was equal parts procedural investigation and self-discovery. For Maria, she was fresh off the battle of her life, and she was ready to embrace Gregory Manes in all the ways he was willing to be embraced.

And Isobel was knee-deep in trying to help and trying to find a way to eliminate Jones, which good on her. Jones isn’t going away, and they do need all hands on deck, but does that mean you can’t have any fun whilst trying to stop a mass-murdering man with your brother’s face from wreaking havoc on unsuspecting people all over town?

Isobel seems on the fence about it, and you can’t blame her. After a season of relatively little romance, it’s like all of a sudden, with the threat level sky high, everyone decided it was the perfect time for romance!

Maria and Greg are cute, though, and he brings out a very playful side to her that we seldom get to see. And Isobel and Anatsa? Sign me the hell up.

And yes, we will ignore the whole Anatsa and Max subplot from earlier this season because we can.

Isobel’s journey this season has been about figuring herself out and asserting her power, and while it wasn’t done in the physical sense like in Roswell, New Mexico Season 3 Episode 8, it was still very much present here.

Also, the relationship between Maria and Isobel continues to be such a highlight. They’ve gone from enemies to family, and it’s felt natural and earned in so many ways. The road to get there has been very bumpy, but they’ve found their groove as a family.

Speaking of family, our third story surrounded Kyle Valenti connecting with his random uncle he seems to have never knew existed!

First of all, welcome back, Kyle. You were VERY missed by me.

Secondly, you took waking up from a pretty deep coma a lot calmer than the average person.

The scenes with Kyle and Ramos dug heavily into Jim Valenti, who remains this very complicated specter, for both the audience and Kyle. But while Ramos was leaning heavy into the speeches about Kyle getting far away from anything Jim touched, it was so obvious he didn’t know a thing about his nephew.

Sure, Kyle does live his life by a code, but it’s a code of doing what’s right. He wants to leave a positive footprint on the world, and he’s going to do everything in his power to help people, whether they are the closest people in the world to him or someone he’s never even met.

Now that Kyle has this connection to Ramos and Deep Sky, I look forward to seeing how that relationship flourishes. Or perhaps it doesn’t flourish, as we learn more about who exactly Eduardo Ramos is and what Deep Sky is after overall.

The idea that Deep Sky is this wonderful clandestine organization and the antithesis to Project Shepard feels like a bit of a mirage. And if there’s one thing we know, it’s that you can not explicitly trust a non-main character on this show to tell you the truth. We’ve been fooled before, and we will not be fooled again!

That’s actually a lie, as I am fooled on this show weekly at this point.

Elsewhere, Alex and Michael are back together, planning dates and flirting on the phone. And wouldn’t it be so lovely if they were just able to go on their first, real, in-public date and just have that one GOOD night together that has alluded them for so very long?

Wishful thinking, people. We’ve got hallucinations, sleep deprivation, and near-death to get through before we can even sniff a little happiness for the boys.

We’ve been teased about the Lockhart Machine and the adverse effects of working on it, but we got to see it firsthand here, with Alex slowly crumbling as he went toe to toe with his demons.

From the jump, Alex’s greatest demon has been his father. And even in death, that doesn’t just miraculously disappear because he’s physically no longer present on Earth.

In all her shouty glory, Nora makes an interesting point when she talks about Alex’s biggest fear being Jesse’s hatred winning out over his capacity to love when all is said and done.

It’s why he spent a year personally trying to destroy everything his father touched. And why he sits working on that Lockhart machine to try and ensure Michael’s safety.

So, when he sees the Project Sheppard tech inside the machine, you know it’s game over. He’s not going to rest, literally, until he makes sure that Michael can not be hurt.

And that is admirable, romantic, sad, frightening, and so many other emotions rolled into one. Because Alex can be so blinded by his need to protect that he puts himself in danger. And can you imagine if something had happened to Alex because he was trying to protect Michael?

Alex, I got you. I always got you.
Michael

Well, Michael would never survive it.

We didn’t get all the cutesy Michael and Alex moments we may have wanted, but come on, Michael stepping in to pull Alex down effectively quieting all that doubt filtering through his brain was such a powerful moment.

That’s what Michael and Alex are to each other. They are the calm after the storm, and they are the piece of each other that makes it all worth it.

We are barreling down on the end of Roswell, New Mexico Season 3, which means things are only going to get more chaotic.

Where do you think things are headed?

Should Kyle be wary of Ramos?

Can Liz and Max find their way back to each other?

Leave all your comments and theories in the comment section and come back to TV Fanatic to watch Roswell, New Mexico onlineanytime your heart desires!

#Man killed, another wounded in shooting at NYC housing complex

#Watch BTS perform “Permission To Dance” at the United Nations 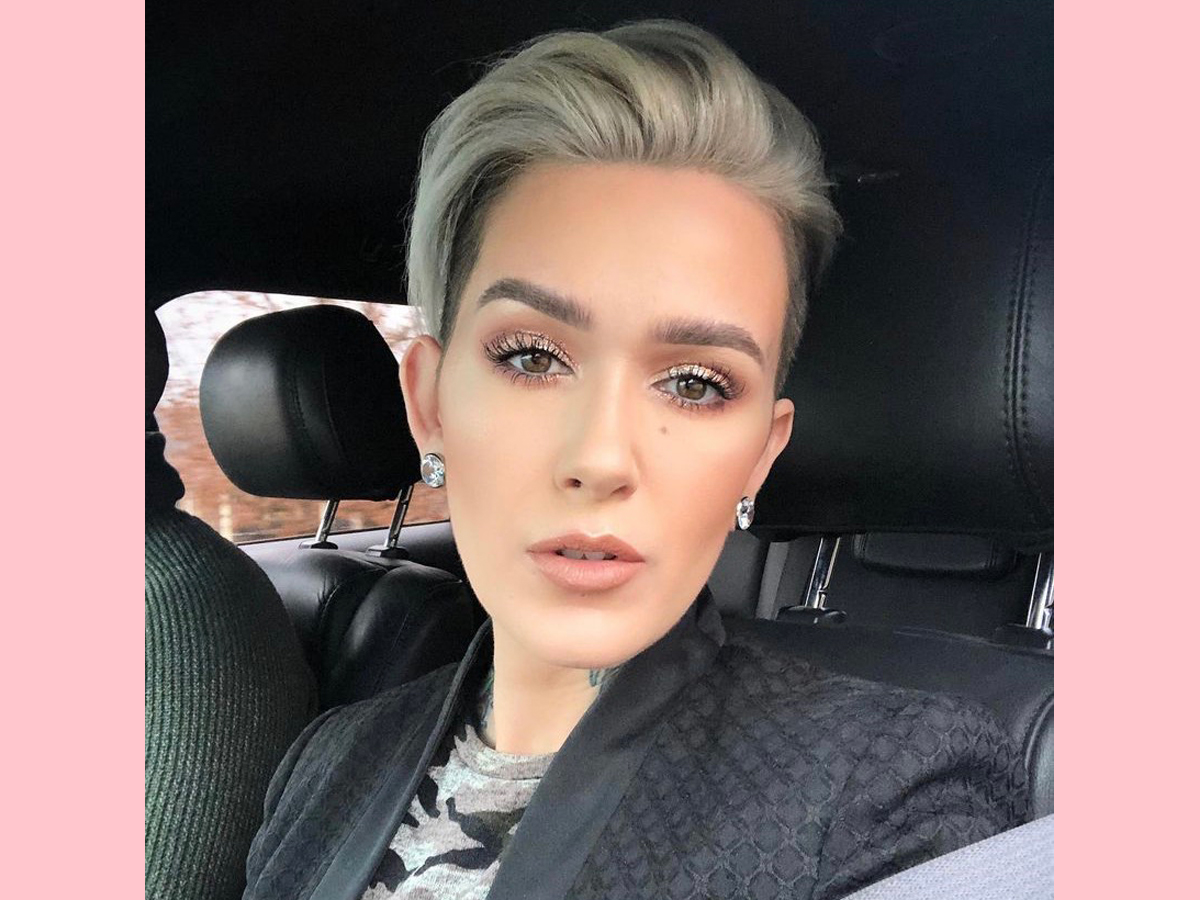 #What Does It All Mean?