“#Jujutsu Kaisen 0 Makes Over 8.57 Billion Yen”
Jujutsu Kaisen 0 has earned over 8.57 billion yen (~$US74.5 million) at the Japanese box office, making it the 64th highest-grossing film in the country.

As reported by Kogyo Tsushin, the film also ended the weekend (January 15 to January 16) in second place, maintaining the position it had held the previous week. Its weekend earnings were recorded at 454 million yen (~US3.9 million).

Jujutsu Kaisen 0 has so far drawn 6.28 million moviegoers in total, and 322 thousand over the weekend.

Jujutsu Kaisen 0 is based on the manga by Gege Akutami, which was first serialized in Jump GIGA in 2017 for four volumes under a different title and later published as a single volume manga in November 2018. It is a prequel to Akutami’s main Jujutsu Kaisen series, which began in March 2018 and received an anime adaptation in 2020. Both fall under the Jump Comics label.

VIZ Media describes the story as:

Yuta Okkotsu is a nervous high school student who is suffering from a serious problem—his childhood friend Rika has turned into a Curse and won’t leave him alone. Since Rika is no ordinary Curse, his plight is noticed by Satoru Gojo, a teacher at Jujutsu High, a school where fledgling exorcists learn how to combat Curses. Gojo convinces Yuta to enroll, but can he learn enough in time to confront the Curse that haunts him? 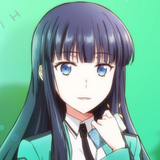 #Crunchyroll to Stream Monster Girl Doctor, The Hidden Dungeon Only I Can Enter, and More

#An Overview of Monogatari Series Anime