Welcome to Filmographies, a biweekly column for completists. Every edition brings a working actor’s resumé into focus as we learn about what makes them so compelling.

John David Washington has landed in Hollywood on his own terms. Well, “returned” could be a fitting word to describe his career in 2020, seeing as a Google search of the erstwhile football running back’s screen history introduces something of an elephant in the room. Washington’s parents are the Denzel and Pauletta Washington. Perhaps you, dear reader, may wonder how it’s possible for him to fully stand apart from them when they are such respected established actors in their own right.

However, whatever advantages come with having a superstar mom and dad virtually melt away once the younger Washington is onscreen. It is firstly worth acknowledging that many moons ago, his earliest movie projects include appearances as unnamed characters in his father’s work, namely Spike Lee’s Malcolm X and Carl Franklin’s Devil in a Blue Dress. But one twenty-year hiatus later and Washington emerges as a thoroughly engaging, thoughtful actor whose breadth of work is consistently impressive, despite a lighter filmography to boast about at the time of this writing.

Patterns happen to be one of my favorite things to dissect whenever the time comes for a new edition of Filmographies, yet it is admittedly tough to see if Washington will outwardly follow any this early in his career. Honestly, this is far from a bad thing. As a performer who so far concerns himself with creating memorable characters through a mix of pathos and humor, Washington fills the shoes of complicated men and imparts multiple layers of significance within them. If anything, these qualities exemplify that he’s fit for many more characters to come.

Incidentally, Washington’s premier role in HBO’s sports-themed comedy-drama Ballers has turned out to be his perfect springboard back into the world of acting. Focused on the private and public lives of American football stars, agents, and financial advisors, the five-season series presents the actor with the perfect marriage of both his careers.

In Ballers, Washington is part of a hefty collective of performers headlined by the formidable, ultra-charismatic Dwayne Johnson. That said, to believe the series is merely a vehicle for The Rock’s ever-growing onscreen empire would be folly. As one of the main characters in the show, Washington is more than capable of taking his superficially stereotypical bad boy, Ricky Jerret, down an intriguing path of nuanced self-reflection and reformation. He definitely has the time and narrative space for it. For full disclosure, I am the distinct opposite of a sports (media) aficionado. By virtue of existing, Ballers is already topically out of my comfort zone. Moreover, I had my reservations about any potential alienating portrayals of overt masculinity, coupled with previously documented HBO-esque issues such as the complete erasure or inordinate sexualization of the network’s female characters.

Ricky’s personal journey is paced in such a way that audiences may find trouble sticking with him at first. He’s a hotshot football player whose quick temper and fervent competitiveness more often than not gets in the way of his actual talents. Especially at the start of the show, Ricky exhibits maddeningly entitled behavior as he basks in the lavish lifestyle of a pro footballer.

However, Washington is careful to balance out Ricky’s moments of selfishness and brashness with pockets of considerable compassion and intuition. He embodies many of Ballers’ main storytelling themes – family problems, anger management, and excessive hedonism – and fights against them season by season. Washington also absolutely turns on the incredibly personable charm, leaning wholeheartedly into the show’s jokes, crassness and all. This crack in the veneer of sports celebrity culture is precisely what makes Ricky’s narrative and, consequently, Ballers as a whole so fascinating to watch, even for the skeptical.

While working on the small screen, Washington was simultaneously shifting gears and to this day, continues to cut his teeth in movies. Sometimes – and unfortunately so – his roles just aren’t outstanding enough. Washington’s appearance in David Lowery’s The Old Man & the Gun is an example of such, wherein he is truly written as a character in the background. However, the film is reasonably focused on Robert Redford’s excellent lead performance (as it was the last film he made before retirement) it, at the very least, provides Washington the chance to feature among another strong ensemble. Plus, the prettiness of a Lowery film cannot be overstated. It makes me hope that Washington will get a chance to work with the director again in a more substantial capacity.

Comparatively, a small but unforgettable turn of Washington’s can be found in RZA’s musical drama Love Beats Rhymes. Showcasing real-life musician Azealia Banks in her feature film debut as an aspiring rapper fighting to prove the worth of her gift of lyricism, the movie is a coming-of-age story that goes straight for the heart. Its strong sentiments towards the validity of black women’s voices – celebrating them as artistry – makes the film utterly transcendent and wholly relevant in today’s media and cultural landscape.

Regrettably, despite Love Beats Rhymes being a worthy addition to anyone’s filmography, its propensity for entertainment and earnestness has nothing to do with Washington. Don’t get me wrong, he is obviously outstanding in the film. However, in playing the songwriter Mahlik, he is purely an opposing force fighting to control the narrative of Banks’ headstrong protagonist, Coco.

Washington is tasked at times to be irresponsible and carefree in an oddly attractive way in Love Beats Rhymes, but such a persona soon unravels and gives way to downright disrespect the more the movie unfolds. As unlikeable as he is necessary, Mahlik and his penchant for jealous manipulation present a daunting, believable obstacle in Coco’s road to success. Commendably, Washington is keenly aware of how to play up the multiple facets of such a disagreeable person.

A selection of Washington’s remaining work directly negotiates with the unjust treatment of black men in America. Anthony Mandler’s All Rise (which has so far only received a very limited release in the United States) and Reinaldo Marcus Green’s Monsters and Men are both ensemble pieces that examine the way the US justice system deeply and unfairly affects the outcome of black lives. All Rise concerns the classification of an African-American teenager accused of felony murder who is labeled as a “thug” and a “monster.” Meanwhile, Monsters and Men delves into the throes of police brutality.

Washington’s role in Monsters and Men is noticeably weighty, given that audiences are attuned to his conflicted point-of-view in the film. Washington’s part as the police officer Dennis Williams is one of a triptych of perspectives that observes the cultural fallout from the murder of a black man at the hands of white law enforcement officers. The actor portrays the most difficult character among the three leads since Dennis’ choice of vocation puts him in the crosshairs of a plethora of moral questions; ones that – in light of the increased media scrutiny on actual incidents of police brutality – are becoming more and more sacrosanct.

When Dennis is out of uniform, he is stopped by fellow white cops who immediately profile him as threatening or suspicious. He recognizes that he is treated very differently compared to his white peers on the force. Still, he chooses to protect and even defend a job that neglects him. Audiences would be hard-pressed to find closure in Monsters and Men, too, seeing as it is deliberately infuriatingly open-ended. This certainly works in Washington’s favor. He delivers a thoroughly engaging performance that oscillates between deep internalized frustration and more boisterous expressions of enthusiasm and even anger. He depicts Dennis’ deep-seated anxieties of his immediate surroundings and situations with confidence and natural resonance while understanding the value of restraint.

Washington plays another officer of the law – albeit an antsier, more impulsive one – in what could be deemed as his big-screen breakthrough. He stars in the Spike Lee biographical joint BlacKkKlansman, taking on the massive responsibility of portraying Ron Stallworth – Colorado Springs Police Department’s first African-American detective, who is reportedly notable for infiltrating a local chapter of the Ku Klux Klan. The film’s pertinent mix of dark comedic beats and traditional crime drama set-ups blend to form an undeniably enjoyable yet confronting likeness of a specific portion of history that has seen a worrying recent resurgence in the late 2010s. Being first and foremost a dramatization, though, BlacKkKlansman’s visually impactful moments result from extensive creative liberties. As such, uncertainty and ethical dispute are inherent in Washington’s role as a cop within the system.

Once again, his commitment to the craft enhances the part immensely. What makes Washington’s performance as Stallworth so compelling is the constant restlessness he applies to the character. He practically leaps from Stallworth’s skin whenever faced with the multiplicities of duty, belief, and moral responsibility. Hence, while purportedly given a hero narrative to play out in BlacKkKlansman (which has not even been universally received as such), Washington is far gutsier than your typical leading man.

This is precisely why everyone should anxiously await whatever project he has down the pipeline. Flashy movies are primed to pepper Washington’s filmography moving forward, including the Luca Guadagnino-produced thriller Born to Be Murdered and Christopher Nolan’s latest time-bending spy adventure, Tenet. I’ve revisited the trailer for the latter countless times since it dropped at the end of May and cannot stop thinking about it.

Washington is only just getting started. Considering just how wholeheartedly he dives into the nitty-gritty of every role in his résumé, his as-yet untapped potential in a variety of genres – rom-coms? Sci-fi? Horror? – inspires assurance and anticipation. If he keeps playing his cards right, Washington could truly embody both the legacy and future of the film industry. 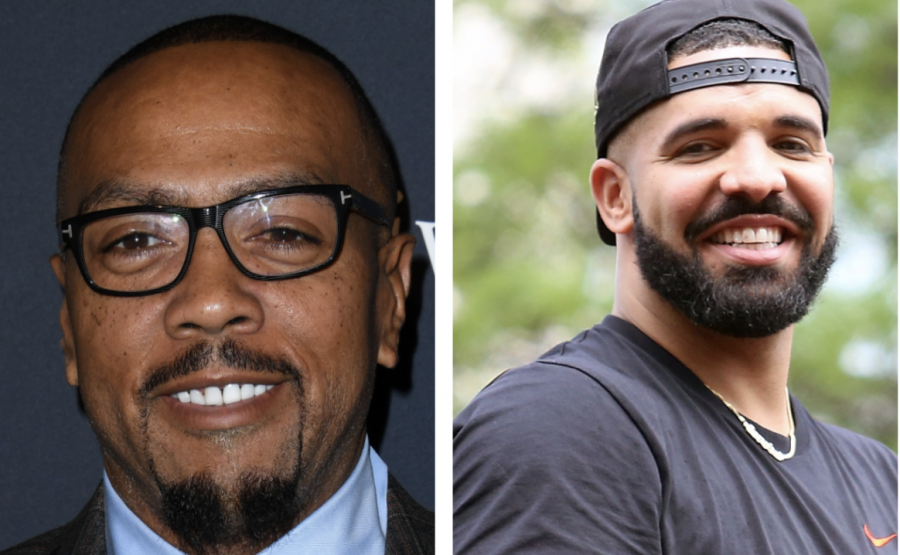 #Batwoman season 2: How is Javicia Leslie tied to Arrowverse already?

#The Knick Streaming on HBO Max This Weekend – /Film