After two years of hard work and hard savings in Angola, we finally managed to start our travel quest without a final destination and without a clear end date. It can be 1 month, 3 or 6 months… As we usually say “we will stop when the money ends… or when we manage to get our working visa to Qatar!” Hopefully, it will be the second. 🙂

After reading so many people writing about Thailand we decided it was the perfect place to begin (well, technically it began with a cool 24 hours stopover in Cologne). We started in Phuket, did a little island hopping in Thailand, and checked the beaches everyone talks about! 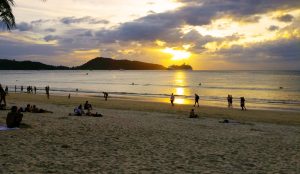 Patong is probably the wildest place in Thailand… It’s one of the most overcrowded, over touristic places we have ever been to! I don’t think I have ever seen so many pubs, bars, go-go bars, souvenir shops, restaurants, street food and juice vendors, discos, convenience stores, fast-food chains, tattoo and piercing shops, etc, etc, etc, packed in one place. Oh, and shooting ranges… with, apparently, real guns…?
Patong beach is only about drinking, partying and shopping… 3 things we don’t care much about. It is, logically, also very much overpriced. We felt it isn’t much cheaper than Portugal, for example. Did we like Phuket? Nop, not really! Should we have skipped it? Of course, not, Patong is so over the top that it becomes interesting. Will we return? Most probably not! The thing we should have was, staying in Patong one day (and night) and then visit the rest of Phuket. Check out this cool Phuket itinerary! 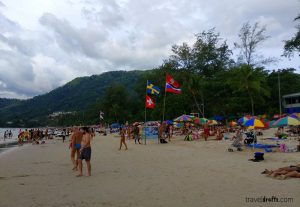 If you are interested in staying in Phuket for a while also check this great travel guide.

2 Days in the Phi Phi Islands

Phi Phi Don is a Mecca for backpackers, hippies, and, again, party lovers, not really a beach island (anymore)! From the viewpoint, it’s obvious that sometime in the past it was incredibly scenic, but that is long gone now! The interesting part is that there are no cars and almost no motorbikes on the islands, on the other hand, there are way too many boats that ruin the main beaches… It’s also probably the tattoo shop capital of the world… In every street, in every corner there are several… We did an estimate and Phi Phi is the place with most tattoo shops per sq meter in the world (no, we didn’t).

Phi Phi Leh is “The Beach” island or the place where the movie “The Beach” was filmed. This beach is the famous Maya Bay and the only way to get there is by boat. Phi Phi Leh is uninhabited. There are hundreds of daily tours to Phi Phi Leh, which means that Maya Bay isn’t a relaxed and secluded place… Everyone is thinking the same as you :). The only way to have it slightly for yourself is to get there as early as possible! And that’s what we did, we booked the first tour of the day. When we woke up, it was raining… BUMMER! Or was it? Well, raining means that there weren’t half the people that it was supposed to be. And even those who went were mostly on the rocks, although it was clearly hot enough to go and have some fun in that beautiful sea. The pictures weren’t as great as they could be, but… still turned out very nice… The tour also allows you to snorkel for about 30 minutes and goes around the island. We loved the snorkeling and will do it again soon! Tip: Always go in the earliest tour possible and don’t be discouraged if it’s rainy, that could turn out to be a good thing 🙂

Very close to the Phi Phi islands is the very small but incredibly beautiful Bamboo island.

Koh Lanta is known to be much more relaxed, peaceful, and an island that runs at a slower pace. It is also a bit cheaper. Lanta was our favorite place in southern Thailand, but don’t be misguided, Lanta isn’t off the beaten track. It isn’t even close to that or not being touristy, it’s full of westerners, weirdly there’s a huge amount of Swedish people… However, the island is big and people are spread over it. The north is more populated and has more tourists, when you head south it becomes even more relaxed and with fewer tourists. On Thailand’s scale, Koh Lanta is a bit off the beaten track, but it’s not truly secluded or untouristy. Thailand has few off the beaten track destinations! 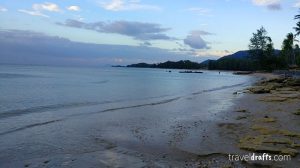 Lanta is a good place to relax and its beaches are good, warm and nice looking. But they aren’t on par with what Phi Phi or Patong once were… And they sure aren’t what you see in travel agencies brochures of Thailand. The best way to see Lanta who be riding a scooter and doing it on your own timing. We decided to rent bicycles and ride most of the beaches on the west side. We really liked it and recommend you to do the same, if you don’t want to be on a scooter.

Overall we liked our week of island hopping in Thailand and had fun but we had pretty high expectations about Thailand’s raw beauty. We surely missed a few great beaches, but in general, we expected the water to be clearer, the sand softer and cleaner. We knew that there would be many tourists, but we didn’t expect this much, particularly in Phi Phi. Patong is just another level of everything!

If you want to see more of the world’s best beaches check this!

One other way of enjoying Thailand’s amazing sea is diving, particularly by doing liveaboard trips. Check here the best liveaboards trips in Thailand.

After one week of Island hopping in Thailand, it was time to continue our travel quest in Bangkok.

#Why Stay at a Bed and Breakfast Infographic 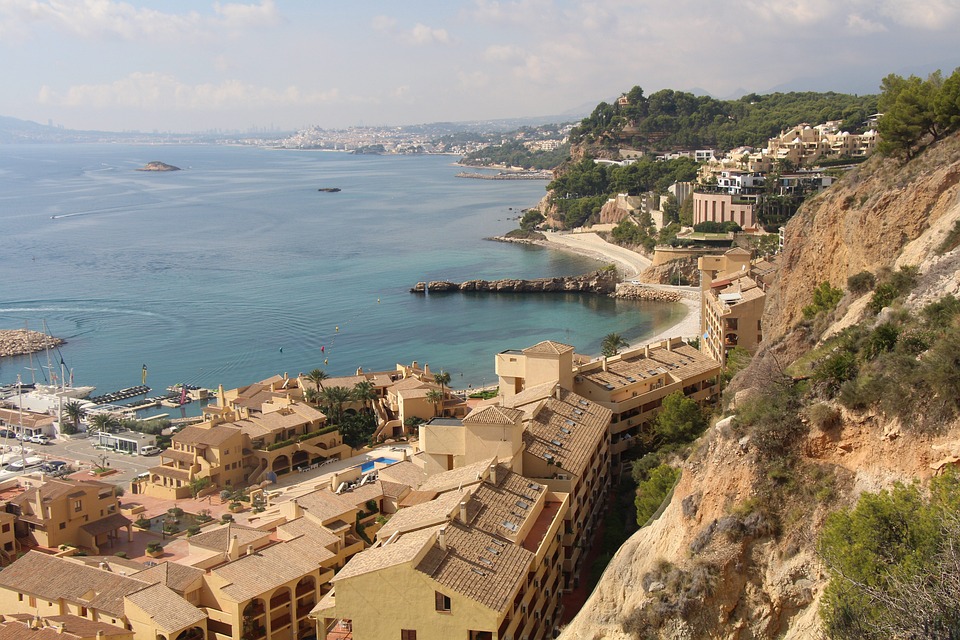 #Set Up For an Unforgettable Family Vacation on the Costa Blanca 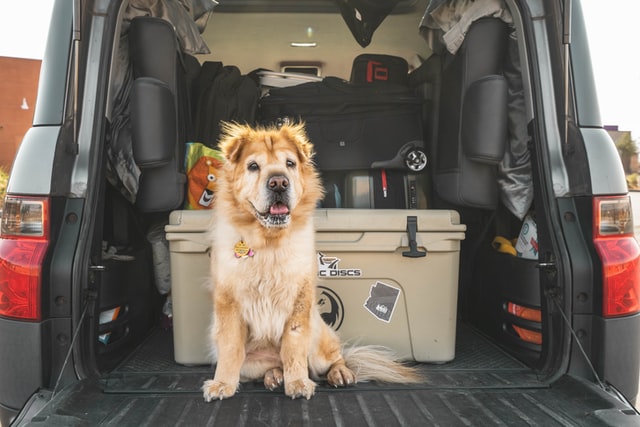 #How to Travel Long Distance With Your Dog 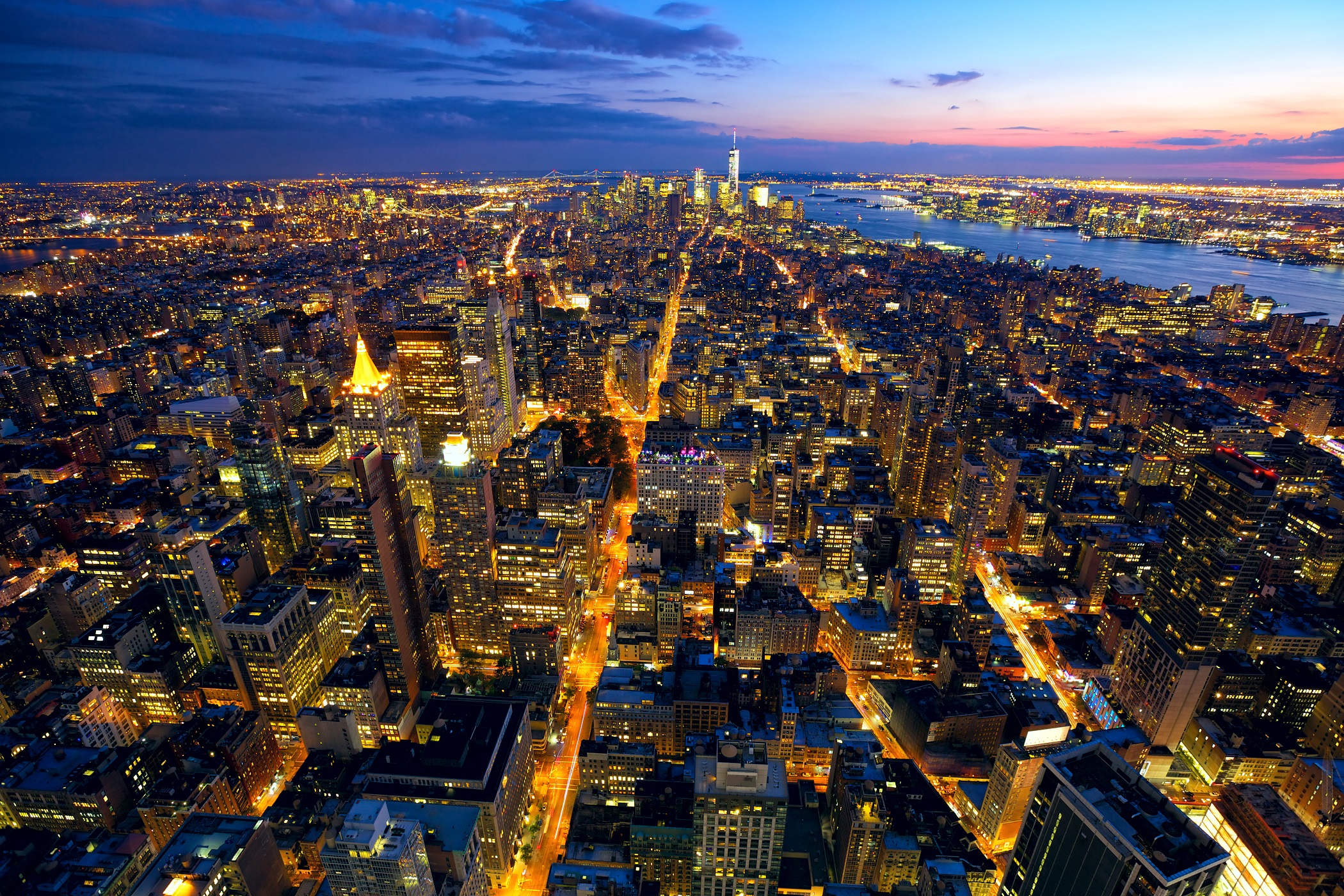 #The top 8 neighborhoods of New York