“Giants mailbag: The scenario where Jason Garrett is one-and-done”

You ask, we answer. The Post is fielding questions from readers about New York’s biggest pro sports teams and getting our beat writers to answer them in a series of regularly published mailbags. In today’s installment: the Giants.

What if George Young picks Reggie White in the (1984) supplemental draft instead of Gary Zimmerman? — Mike Russo

What a fascinating question. The first reaction is to think, “Holy smokes! Imagine Reggie White and Lawrence Taylor on the same defense?” That could have been the greatest 1-2 punch in NFL history. Opposing quarterbacks would have called in sick on a weekly basis. Putting LT on one side and White on the other side would have been unfair. And adding in Carl Banks would have made it a terrible trio.

It is tough to rip the Giants for selecting Zimmerman, though, as the offensive tackle from Oregon made seven Pro Bowls on the way to the Hall of Fame. The Giants traded Zimmerman to the Vikings for two second-round picks — picks that turned into cornerback Mark Collins and another defensive back, Greg Lasker. Collins was a key cog on the Super Bowl teams of 1986 and 1990. You cannot blame the Giants for trading Zimmerman, as he signed with the Los Angeles Express of the USFL and didn’t enter the NFL until 1986.

Daniel Jones and Sam Darnold had rookie seasons that were not spectacular, but clearly Jones had the better year statistically and seems (thus far) to make fewer bad decisions than Darnold. Are these two guys fairly evenly skilled or does one seem to have a better pedigree and a better chance to outshine the other? — John Lynch

Well, John, you hit on a question that will be debated for years to come and set the stage for the future of these franchises. As soon as the Giants passed on Darnold in the 2018 NFL Draft and he was taken by the Jets, Darnold’s career trajectory was going to be analyzed to death, as far as whether or not the Giants made a mistake. Darnold is a year ahead of Jones and thus should be further along in his development.

Judging from what Darnold did in college and in his first two years with the Jets and comparing it with what Jones did at Duke and as a rookie with the Giants, a few early observations can be made. Darnold makes more “special’’ plays where you wonder how the heck he did what he did. There will be more highlights with Darnold. Jones looks to be the steadier decision-maker and a bit more athletic, as far as using his legs. If Jones can clean up his fumble issues, he probably will commit fewer turnovers than Darnold, as Darnold has to prove he can avoid the killer interceptions. As far as upside, Darnold might have more of it, and Jones might be the safer, steadier quarterback for the long haul.

If the Giants offense has a good year, what are the chances (offensive coordinator Jason) Garrett sticks around for Year 2? — Bob Donnelly

This is an interesting one. Whenever a guy with a big résumé such as Jason Garrett takes a lower-level job, there is always a chance he will not be around long. If the Giants and Daniel Jones have a big year on offense in 2020, it stands to reason Garrett will get back in the loop, as far as head-coaching inquiries. He is well-respected and well-liked around the league and he won more games than he lost for a decade with the Cowboys. So yes, there is a chance Garrett is one-and-done with the Giants.

No one knows about (Joe) Judge and his staff. Why should we give this team any benefit of the doubt, when they’ve been so putrid for years? — Steve I

Ever hear of the phrase “hope springs eternal?’’ Fans are free to give or not give the benefit of the doubt to the teams they root for. It is understandable if Giants fans are skeptical, especially because Joe Judge is 38 and has never been a head coach, at any level. The trend in the NFL, though, is to go with young coaches, and Judge’s history on special teams means he will not be consumed with one side of the ball — he will coach the team. The Giants have a young quarterback and an improved offensive line. Their defense is young and until proven otherwise, lacking. Look at this team with glass-full or glass-empty feelings. Neither is wrong, or right.

Since Eli Manning retired after the 2019 season, who is the oldest active New York Giants player? — Chris Fiegler

The Giants are a young team, as only eight of the 90 players on the roster are 30 or older. The oldest players on the roster are Colt McCoy (34) and Alex Tanney (33), two backup quarterbacks. Only one of them will make the team. Remarkably, there are no 30-year-old players on defense. Nate Ebner (32) is listed as a safety, but he is really exclusively a special teams player. The other players to reach 30 are RB Dion Lewis (30), WR Golden Tate (32), LT Nate Solder (32), G Kevin Zeitler (30) and long snapper Casey Kreiter (30). 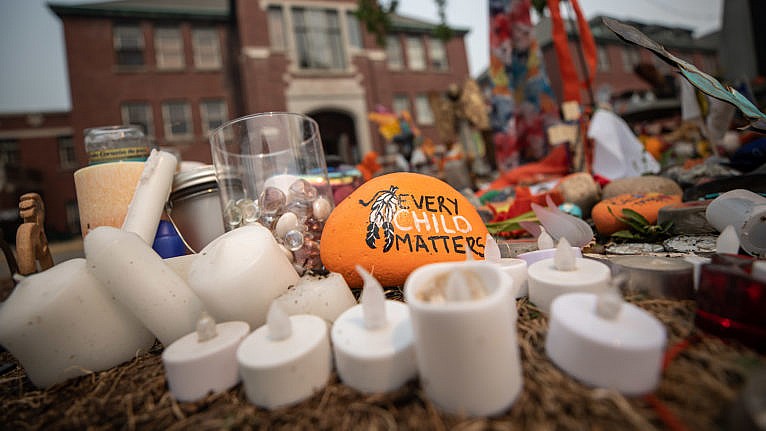 #Ways, big and small, Canadians are marking the National Day for Truth and Reconciliation