Pre-orders for any edition of Final Fantasy XIV: Endwalker from participating retailers include the following bonuses:

Pre-order bonus codes will be delivered upon pre-ordering and can be redeemed immediately. 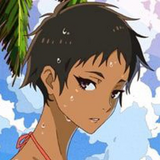