Could this really be true — could Clare Crawley‘s midseason departure on The Bachelorette really have been her getting “forced out” by producers?!

Judging by her own recent social media activity, it’s clear the Sacramento native is at least entertaining that possibility if not outright insinuating it. And while Bachelor Nation execs have tried to walk that back a bit, Clare’s former fiancé is now REALLY fanning the flames of conspiracy! Whoa!

Related: Say What You Will, But ‘The Bachelorette’ Is Just Getting Good!

Of course, Bachelor fans will remember Benoit Beauséjour-Savard, who became engaged to Clare during the 2018 season of The Bachelor: Winter Games. The pair didn’t last, breaking up weeks later, but they’ve remained on good terms since the split. Per ET, Benoit even shot a scene with Clare for this season’s show intro, though it didn’t end up being shown on air during that first episode.

#Nikki Bella Responds To Political Backlash From Promoting The Rock’s New Book By… Not Taking A Stand!

Anyways, Benoit went on Ashley Iaconetti and Ben Higgins‘ Almost Famous podcast this week, and argued Clare is “being given an unfair edit” on the hit ABC reality show. Furthermore, Crawley’s ex is putting out there on the record that he believes it was the show’s producers — and not Clare herself — who ultimately decided to replace her on air with Tayshia Adams!

The bearded Montréal native explained more about how he thinks things went down behind the scenes, hypothesizing that producers seized upon Clare’s clear early connection to contestant Dale Moss as the impetus to get her off the show. Making his claims to Ashley and Ben, the 33-year-old reality TV alum said:

“I think, like, ultimately it was production that came at her and said, ‘You know what, Clare, I feel like you’re not giving it a fair chance, you’re really into Dale, so we want you to be happy,’ and they had like, a common agreement on her maybe leaving the show. But I feel like it wasn’t her ultimate decision.”

#The Bachelor episode 4: Is the Brittany

The Canadian has another theory involving Clare, too. In a much-talked about scene that’s one of the key moments leading up to her departure from the show, the hairstylist uses the word “fiancé.” Most viewers, of course, assumed that she was referring to Dale, and the two took their great early connection and made it official.

Related: Clare Claps Back At Accusations Over Her Lying About Missing Her High School Prom

But Benoit says that may not be the case — and knowing a little bit about how the editing process works, he contends Clare may actually have been talking about him, with the “ex” quickly edited out of her full word, “ex-fiancé.”

Beauséjour-Savard explained his theory as such:

“When she called him her fiancé, a lot of people were telling me, ‘Benoit, I feel like they just cut out the ex-fiancé part and maybe they made some jokes about you and that was not fair,’ so there’s no way she would have called him at that moment her fiancé. I know Clare and I know how she is. Why would she have called him her fiancé at that moment, especially in that part because she’s, like, walking, you can see the back of her head so you can’t really read her lips, so it’s weird.”

Ultimately, the French-Canadian concluded the Clare appearing on screen this season isn’t the one he feels he got to know so well in 2018. And it sounds like that has really stuck with him, as he looks on skeptically at what’s happening on the show.

“Put yourself into her shoes, you’re doing quarantine in a resort. This show’s a bit [of a] mind f**k, you’re been there, it’s a lot to manage and I feel like at some point maybe she was overwhelmed by all of this. She felt super strong feelings with Dale and then this whole thing played out. … There’s a little difference in the Clare that is shown on TV than the Clare that I know in real life. She has some good qualities, but right now what we’ve seen it’s only [the] drama part. Clare is a really deep person. She likes to get to know you on a really deeper level, which is not showing at all.”

Whatever specific things went down along the way, maybe Clare just wasn’t the right fit to be the leading lady on a show like this? The unique filming schedule caused by the pandemic certainly hasn’t helped things, either.

Related: Is This What We Have To Look Forward To On ‘The Bachelorette’ This Week?!

For what it’s worth, longtime franchise host Chris Harrison has tried to make it clear that Clare’s time on the show came and went based on her decisions, without significant input from producers.

The 49-year-old host spoke to ET about just that topic late last week, saying (below):

“I would just say she has complete control. This season of The Bachelorette was completely about Clare. It’s all about Clare, and she will decide where we go from here. It’s totally, completely up to her.”

That definitely runs opposite what Benoit feels like is going on here, of course. So which is it, then? What’s true?!

Where do U stand on Clare now after hearing all this from somebody who knows her very well, Perezcious readers? In light of all this new info (conspiracy theories?!), sound OFF about everything Bachelorette-related down in the comments (below)…

BTW Bachelor Nation fans, don’t forget that this week’s new episode will air on Thursday night — and not its regularly scheduled Tuesday night slot — due to the presidential election here in the United States. 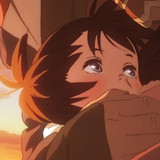