“Anime Series That Are Good But Hard to Recommend”

It is, this week, our fourth anniversary! I’ve been working on this site for four long years, and it is doing great despite sometimes feeling like I’m running out of things to recommend. Anyway, as is tradition, every year I’ve written a more personal sort of recommendation article. Not one written for the search engine rankings or because a series is popular. This time, I’ve decided to cover anime series that are quite good, but difficult to explain why to others. You know, those series you really like but realize the premise is so ridiculous to explain to someone else that they likely won’t be watching it.

I’ll be real, this is the series that sparked this idea. I have relatively casual anime watching friends, and I tried to recommend Beastars to them. It didn’t go well. Certainly furries may have some interest, but everyone else is turned off at first glance. It doesn’t seem to matter how much you stress the complex characters and unexpectedly dark story. Oh, and if you happen to bring up the sexual overtones, then you’ve lost them forever. Or hooked them if they are degenerates, I guess.

How…Does one even explain Gintama? It’s a funny anime, full of parody that you won’t get half of because you are not Japanese enough? A parody anime so good and full of laughs that it makes the serious story arcs feel amazing? It’s got so many seasons and a cult following that it must be good? It’s only slow in the beginning?

You could just go full straightforward with it and tell them it’s about aliens invading edo Japan, but that’s not very effective.

I prefer, “Just watch it, shitlords.” Works 40 percent of the time, every time.

Many anime series have certain twists or quirks that make them easy to recommend. Monogatari doesn’t really have that. Not only is it kind of difficult to give an accurate and interesting synopsis of what the series is about, but the dialogue-heavy nature of the show can be hard to keep people watching for those great moments that do hook you.

It’s a series about shogi and depression! Yeaaaah! Woo! Yeah, well, it turns out that those two subjects are things that many find…boring? It just so happens my depression resonated with the melancholic tone of this series, but that’s not the case for everyone. Really trying to recommend this to someone that thrives on action anime is an absolute lost cause.

Legend of the Galactic Heroes

These days, it is especially hard to recommend older anime to people. We have been absolutely spoiled with animation quality even if it is pervasively moe. What is even more difficult to recommend? An old space opera that is more talking than action. A series who has some of the best politics in all anime, but can rightly be called boring at times. It isn’t necessarily beautiful to watch all the time, it can be a bit dull at some points, and space operas in general are harder to sell by the day.

I suppose you could say Kill la Kill is a girl looking for her father’s murderer, but that is not very interesting. You could also say it is a show about a girl taking over a school with a giant scissor blade, which is a bit better. However, really its a show about girls that get more powerful the more scantily clad they are. That’s only something you could sell to a certain type of person.

Food Wars isn’t actually too hard to sell, but it is something that is hard to keep people hooked. Within the first few minutes, it has a woman literally bursting out of her clothes with a foodgasm. Sure, that sold me on it even more, but the odd combination of ecchi and eating is…not for everyone.

From the New World

Part of the charm of From the New World is that you discover the world as the children grow up in it. As such, it starts off by posing so many fucking questions to the viewer. Over the course of the series, you get those answers, but how to you recommend a series that is good because it starts off with so many intriguing questions?

These are the series that I find difficult to sell people on, do you have any? Let me know in the comments section below.

Tags
and it is doing great despite sometimes feeling like I’m running out of things to recommend. Anyway Anime Series That Are Good But Hard to Recommend as is tradition It is our fourth anniversary! I’ve been working on this site for four long years this week
Share
Facebook Twitter LinkedIn Tumblr Pinterest Reddit VKontakte Odnoklassniki Pocket Skype WhatsApp Telegram Viber Share via Email Print 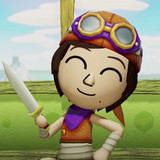