“#A Tribute to ‘Grease’ Brings a Shocking Elimination (RECAP)” “Grease is The Word” on Episode 6 of Dancing With the Stars, as the show celebrated the halfway point of Season 30 with its first-ever Grease Night! The remaining 11 pairs threw on their leather jackets and poodle skirts for theatrical performances to the film’s iconic soundtrack. Olivia Newton-John and Didi Conn (aka Sandy and Frenchie) made special appearances to wish the competitors good luck, along with the Teen Angel himself, Frankie Avalon, dropping in to perform “Beauty School Dropout” live in the ballroom!

Last week’s two-night Disney Week saw two couples leave the competition. After a split vote from the judges, Len Goodman chose to save Kenya Moore and her partner Brandon Armstrong. The decision had many fans questioning Goodman’s power as Head Judge, as eliminated duo Matt James and Lindsay Arnold received two of the judges’ votes before his tie-breaking decision.

Below, watch tonight’s performances take a trip through the iconic film, including dances to “Hopelessly Devoted To You,” “Born To Hand Jive,” and “You’re The One That I Want!”

Grease mega-fan Olivia Jade kicked off the themed night with the first song of the film, dancing the Foxtrot to “Summer Nights” with her partner Val Chmerkovskiy. Olivia turned in a performance that would make Olivia Newton-John proud, as the judges loved how she perfectly captured Sandy’s sweet innocence. Carrie Ann praised her improved body contact and technique while Len saluted Val’s great choreography, earning the duo their highest score of the season with 36 points out of 40.

Coming off the highest score and first 10 of the season, Melora Hardin was feeling the pressure going into Grease Night with her partner Artem Chigvintsev. Having played a “bad girl” on TV and during last week’s Disney Villains’ Night, she embraced the role of Rizzo with ease during her Viennese Waltz to “Look At Me, I’m Sandra Dee.” Given that Artem had never been to a sleepover before, the two battled it out in a pillow fight before hitting the dance floor for another high-scoring performance. Len stated that she acted the routine just as well as she danced it, along with high praise all around. Tying with the previous pair, the two earned a total of 36 points.

Iman Shumpert’s dance to “Hopelessly Devoted To You” (Viennese Waltz)

The song “Hopelessly Devoted to You” holds a special place in Iman Shumpert‘s heart, as the ballad reminds him of how much he loves his wife, recording artist Teyana Taylor. The song is special to Olivia Newton-John as well, as the Oscar-nominated hit was written for the film, specifically for her. Len found it difficult to criticize the performance, as he appreciates how much Iman tries during every dance. However, Carrie Ann didn’t think the dance was best-suited for him, and Bruno encouraged him not to “dance down” to his partner, Daniella Karagach. With sevens across the board, the pair earned a total of 28 points out of 40.

The Miz couldn’t have been more excited that his Grease Night song was none other than the electrifying “Greased Lightnin.” Danny and Sandy’s relationship reminds him a lot of him and his wife Maryse, as it was love at first sight. She stopped by rehearsal, claiming that if anyone could take on the role of Danny Zuko, it was her husband. He dedicated his Jive with partner Whitney Carson to his love, stating, “My real-life Sandy is my wife and this one’s for her.” While the performance was certainly “hydromatic,” the judges found it a bit “problematic.” His excitement caused him to rush the routine and lose a bit of clarity. The two earned a score of 32 points out of 40, but not before Tyra wished Whitney a Happy Birthday.

No stranger to musicals herself, Amanda Kloots used her Broadway experience for her Viennese Waltz to “Beauty School Dropout” with partner Alan Bersten. The talk show host dawned Frenchie’s iconic pink hairdo for the performance, even receiving advice from actress Didi Conn during rehearsals on how to embody the character’s pure heart. Dancing along to a live performance from living legend Frankie Avalon felt just like a dream to Amanda, and the judges agreed. “Grease is the word, and Grease is the night for you,” exclaimed Carrie Ann. With an almost perfect score, Amanda and Alan took home the second highest total of the night with 39 points out of 40.

Taking on the role of Cha-Cha for her Charleston with partner Sasha Farber, Suni Lee found it a challenge to embrace a character that’s the complete opposite of herself. Unlike the film’s teenage characters, she never had the typical “high school experience” because of her intense gymnastic training, which only added to her shy personality. To the judge’s delight, she took a step on the wild side, nailing the film’s iconic leg lift and the song’s titular dance moves. Carrie Ann commented that she wants to see even more aggression going forward, but the two earned a solid score of 36 out of 40.

Dancing the foxtrot to Danny’s ballad “Sandy,” Jimmie Allen related to the song’s loving message. After last week’s show, the country singer flew home to Nashville for the birth of his third child, Zara. Along with congratulations from Tyra and the judges on his new bundle of joy, the pair received positive comments for the routine’s storytelling and his continued enthusiasm. However, Carrie Ann stated that his performance was bigger when he was out of hold with partner Emma Slater, and a slight slip set their score back a bit, earning a total of 34 points.

Kenya Moore and partner Brandon Armstrong found themselves in the bottom two once more last week, but they didn’t let that stop them from earning their highest score of the season with their Rumba to “There Are Worse Things I Could Do.” Relating to the Pink Ladies leader Rizzo, Kenya’s mother became pregnant as a teenager, but instead of putting her up for adoption, she was raised by her loving grandmother who passed away a few years ago. The duo dedicated the performance to her, and Len stated that there wasn’t much more the pair could do to make the dance a memorable one. Praised for her vulnerability and emotion, Kenya’s love of dance earned her a score of 36 points.

“Look At Me, I’m Sandra Dee (Reprise)” displays the importance of Sandy and Frenchie’s relationship, and JoJo Siwa took the song’s message to heart for her Foxtrot with partner Jenna Johnson. During rehearsals, the two got to speak with Didi Conn about Frenchie and Sandy’s relationship, with her stating that Frenchie wanted her friends to feel just as good on the inside as they looked on the outside. The partners have developed a strong friendship over the course of the season, with Jenna helping JoJo break out of her shell and become more comfortable with herself. Their sisterly bond wowed the judges with their exquisite technique and emotional performance. With no critiques, they earned the first perfect score of the season with a total of 40 points.

Melanie C considers “You’re The One That I Want” to be the most iconic moment of the film, so she was pumped to bring that moment to life in her Quickstep with partner Gleb Savchenko. She very much related to Sandy’s struggle to find confidence in herself and was looking to transform just as she did for this week’s performance. Gleb encouraged her to bring the same confidence she has performing with her fellow Spice Girls to the ballroom, and the judges loved seeing her shine. Despite some nerves and slight mistakes, Len declared the dance her best of the season. Derek stated that confidence is something that you do and not instinctively have, and she proved her confidence on the dance floor, bringing home a score of 36 points.

Cody Rigsby’s dance to “We Go Together” (Quickstep)

Cody Rigsby has previous experience with the classic musical, as he played the role of Kenickie in his high school production of Grease. Despite his strong stage presence and passion for performing, his “terrible” singing voice never won him a leading part. He looked to change that during his Quickstep with partner Cheryl Burke, finally taking on the leading man persona of Danny Zuko. The high-energy routine perfectly captured the spirit of the film’s finale, but not the judge’s highest praises. Many commented on the pair’s poor framework and need for improved footwork, but still appreciated that Cody continued to give the performance his all. Before receiving a score of 32 points out of 40, Tyra surprised the Peloton instructor with a clip from his high school production, proving that he never lost his touch.

To the judge’s surprise, Melanie C and Gleb and Olivia and Val found themselves in the bottom two this week, making for a tough decision to save one couple from elimination. Tyra clarified the rules of the judges’ votes, stating that if there is a tie after Len chooses a couple to save, his vote saves his choice couple by default given his power as the Head Judge. Their decision was split once again, with Derek choosing to save Olivia and Val while Carrie Ann and Bruno went the opposite direction by choosing Melanie C and Gleb. Coming to an incredibly hard decision, Melanie C and Gleb were not “the ones that Len wanted,” choosing instead to save Olivia and Val to dance another week.

#NYC's murder surge is on the pols, not the pandemic — and they must act #All the Horror You Need to Stream in February 2021 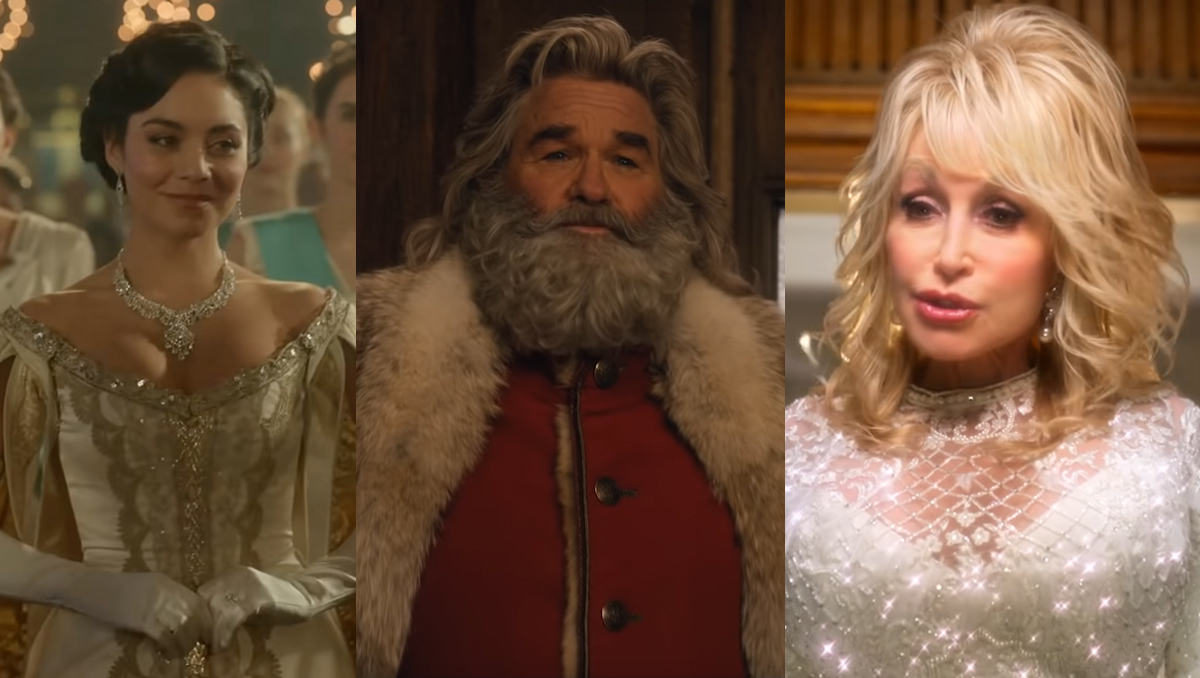 #Christmas Comes Early — Everything Coming & Going On Netflix In November! 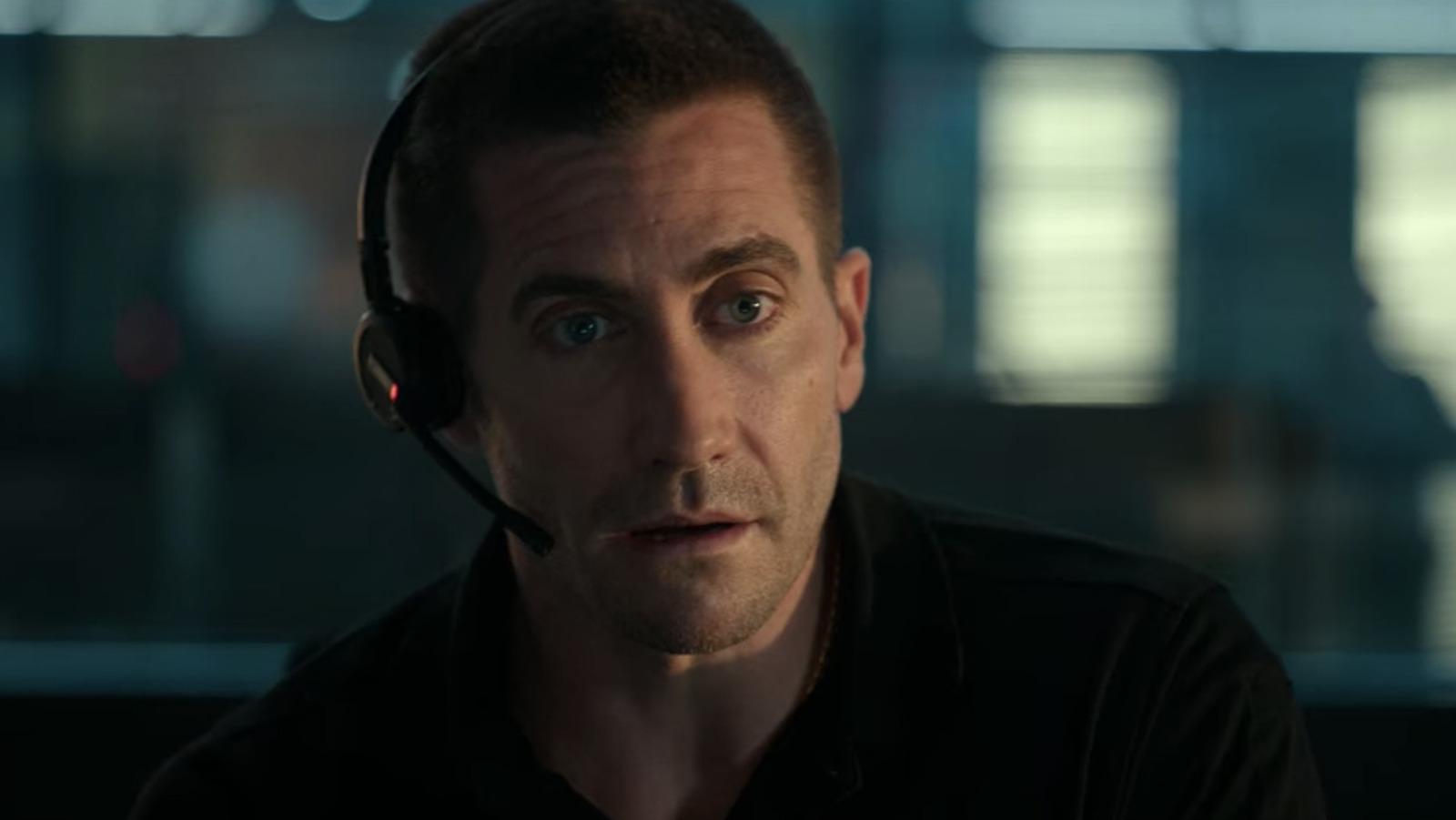