“#21st Century Spielberg Podcast: With ‘War of the Worlds’ and ‘Munich’, Steven Spielberg Confronted the War on Terror”

(Welcome to 21st Century Spielberg, an ongoing column and podcast that examines the challenging, sometimes misunderstood 21st century filmography of one of our greatest living filmmakers, Steven Spielberg. In this edition: War of the Worlds and Munich.)

In 1993, Steven Spielberg reached the pinnacle of his career. The perfect encapsulation of his considerable talents. In June of that year, he released Jurassic Park, one of the biggest blockbusters to ever roar its way out of Hollywood. Blending Spielberg’s gift for visual storytelling with cutting-edge technology, Jurassic Park confirmed Spielberg as an unstoppable movie-making master – a man who could make the impossible possible. By December of that same year, the filmmaker would release something altogether different – Schindler’s List. A searing, wrenching drama rooted in the Holocaust, it would go on to win Spielberg his first Best Director and Best Picture Oscars. It was the biggest artistic triumph of his métier. The fact that one filmmaker delivered Jurassic Park and Schindler’s List in the same year is often remarked upon, and marveled over.

But perhaps more remarkable is the fact that in 2005, Steven Spielberg did it again.

In June of 2005, the director would release War of the Worlds, a churning, pulse-pounding, often horrifying blockbuster about an alien invasion. Then in December came Munich, based on the true story of the aftermath of the massacre at the 1972 Munich Olympics. These two films aren’t mentioned in the same breath as Jurassic and Schindler, and yet, they should be. With War of the Worlds, Spielberg turned his camera lens towards the September 11th attacks, and brought back the perfect blend of his blockbuster sensibilities and his artistic integrity. With Munich, he may have made his masterpiece.

The similarities in release years of these four films are obvious – popcorn entertainment in the summer, deep reflective drama in the winter. But War of the Worlds and Munich share a more common throughway than Jurassic Park and Schindler’s List. Because ultimately, War and Munich are about the same thing: the war on terror. A war that might be impossible to win, and yet, mankind keeps fighting it anyway. And the bodies keep piling up.

Part 3: The War On Terror – War of the Worlds and Munich

Is It The Terrorists?

“Intellects vast and cool and unsympathetic regarded our planet with envious eyes and slowly, and surely, drew their plans against us.”

On September 11, 2001, real life became a disaster movie, with images splashed across TV that previously only existed in big blockbusters – buildings toppled as people fled through the streets in terror, chased by tidal-waves of smoke. Art always holds a mirror up to reality, so it was only a matter of time before Hollywood started reflecting these events. Filmmakers would directly tackle that infamous day with titles like United 93 and World Trade Center, and the first Cloverfield would essentially be 9/11: The Monster Movie.

But as is often the case in show-business, Steven Spielberg got there first. While the marketing for Spielberg’s War of the Worlds sold it as another Spielbergian piece of entertainment, complete with Tom Cruise front and center, the end result was something altogether different.

The director would tell the Daily Express: “9/11 changed a lot for me. It changed a lot for everybody in the world. And my films did grow darker after 9/11. Minority Report was a very dark look at the future, and certainly War of the Worlds, which was a very direct reference to 9/11. It was a real post-9/11 story. Not intended that way, but that’s the way it turned out.”

“Would you have made the film if September 11 had not happened?” an interviewer from Spiegel asked Spielberg around the time of the film’s release. Spielberg’s reply:

“Probably not. [H.G] Wells’ novel has been made into a film several times, notably always in times of international crisis: World War II had just begun when Orson Welles terrified millions of Americans with his legendary radio play version, the headlines were dominated by reports on Hitler’s invasion of Poland and Hungary. When the first screen version came into the movie theatres in 1953, the Americans were very afraid of a nuclear attack by the Soviet Union. And our version also comes at a time when Americans feel deeply vulnerable.”

The 9/11 parallels are impossible to ignore, and rather than get subtle, Spielberg leans into them. It’s telling that when the alien attack kicks off, Dakota Fanning, playing Cruise’s character’s daughter Rachel, immediately yells, “Is it the terrorists?!”

“I thought, ‘Shouldn’t we take that out?’,” screenwriter David Koepp later said, “because you know, it’s a little direct. And Steven said, ‘No, she’s 11; it’s 2005, she’s going to say that. That’s what an 11-year-old would say, that would be her fear.’ And once we decided to neither deliberately remove or deliberately add anything relating to 9/11 or Iraq, or the world we live in today, then it just was itself because we all live in the same world, same year, so it should look like that.”

None of this is to say War of the Worlds is nothing but a dour reflection on the September 11th attacks. At its heart, it’s a blockbuster, loaded with big action beats, awe-inducing Spielbegian camerawork, and of course, Tom Cruise.

“This is E.T. gone bad,” Cruise said in press notes for the film, riffing on an earlier, friendlier Spielberg alien flick. Tom Cruise is not a normal man, so Spielberg casting him as one – a working-class schlub who lives in a messy house and passes out as soon as he gets home from work – might seem a little questionable. But the actor makes it work, mostly through body language.

Cruise doesn’t get as much credit as an actor as he deserves – people tend to think of him only as a “movie star.” But beneath that way-too-perfect grin is a versatile performer. Sure, Cruise has matinee idol looks, but he seems surprisingly, well, average in War of the Worlds. The actor is often shot in close-up to disguise his relatively short stature (he’s 5′ 7″), but Spielberg subverts that by bringing the camera back. Cruise looks sleight here, especially when interacting with his children, played by Fanning and Justin Chatwin. In many ways, he’s just a big kid, with no real idea how to act like an adult. He awkwardly and clumsily tries to play catch with his son, Robbie, but the boy could care less. Later in the film, after the aliens have invaded, Cruise’s character Ray Ferrier frantically tries to make his children peanut butter and jelly sandwiches, and it becomes painfully clear that Cruise has never had to make a sandwich once in his life. He fucks it up, and in a rage, he throws the sandwich at a window, where it comically sticks like a work of abstract art.

As War of the Worlds opens, big kid Ray is tasked with watching over his kids, sullen teenager Robbie and whip-smart 11-year-old Rachel. Ray’s ex-wife (Miranda Otto) drops the children off at Ray’s New Jersey home on her way to visit her parents in Boston, and while Ray and his ex seem amicable, and even friendly, it’s clear why they split – Ray is kind of a prick. He’s the type of adult stuck in a teenage mindset – the type of person who still thinks high school was the best time of his life. Robbie clearly loathes him. Rachel is more understanding, but she also knows her father well enough to realize she has to take care of herself while Ray passes out after working a long shift as a crane operating longshoreman.

It’s during this weekend with his kids that the world as we know it comes to a swift end. Aliens invade, beaming down into monstrous tripods that have been buried in the earth for thousands of years. At first, Ray thinks all of this is kind of cool. A freak electrical storm signals the alien arrival, and Ray tries to play it off as being akin to fireworks, before a lighting bolt seems to crash directly down into one specific spot in the neighborhood. Here, Ray is so frightened he darts back inside to hide under a table.

What follows is one of the most effective, and terrifying, sequences in Spielberg’s filmography. Ray wanders over to the street where the lighting struck multiple times. He’s not the only one there – people from all over the neighborhood have gathered, muttering and looking down at the smoking crack in the street – the exact spot the lighting hit. It’s from here the tripods rise – huge, insectoid machines that emit a dread-inducing fog-horn sound. At first, everyone stares up at them in a mixture of horror and awe. And then the destruction starts: a beam shoots from the machine, literally obliterating anyone it touches – reducing them to dust.

Spielberg and longtime DOP Janusz Kaminski shoot all of this from the ground level, with the camera tilted up – an image that immediately calls to mind the countless amateur videos shot on the ground during 9/11, with terrified New Yorkers pointing cameras up at the sky. Ray runs, and Spielberg runs with him, as all around, screaming people go up in smoke.

To underline the horror of this all, Spielberg counters the loud mayhem with a chilling quiet moment. Back at his house, Ray runs into the bathroom to wash his face. He’s covered from head to toe in dust, and horror sinks in as he realizes this is no ordinary dust – it’s the disintegrated remains of his neighbors. This progression of scenes sets the tone for the film to come: big, special-effects laden spectacle punctuated with beats of unimaginable horror. 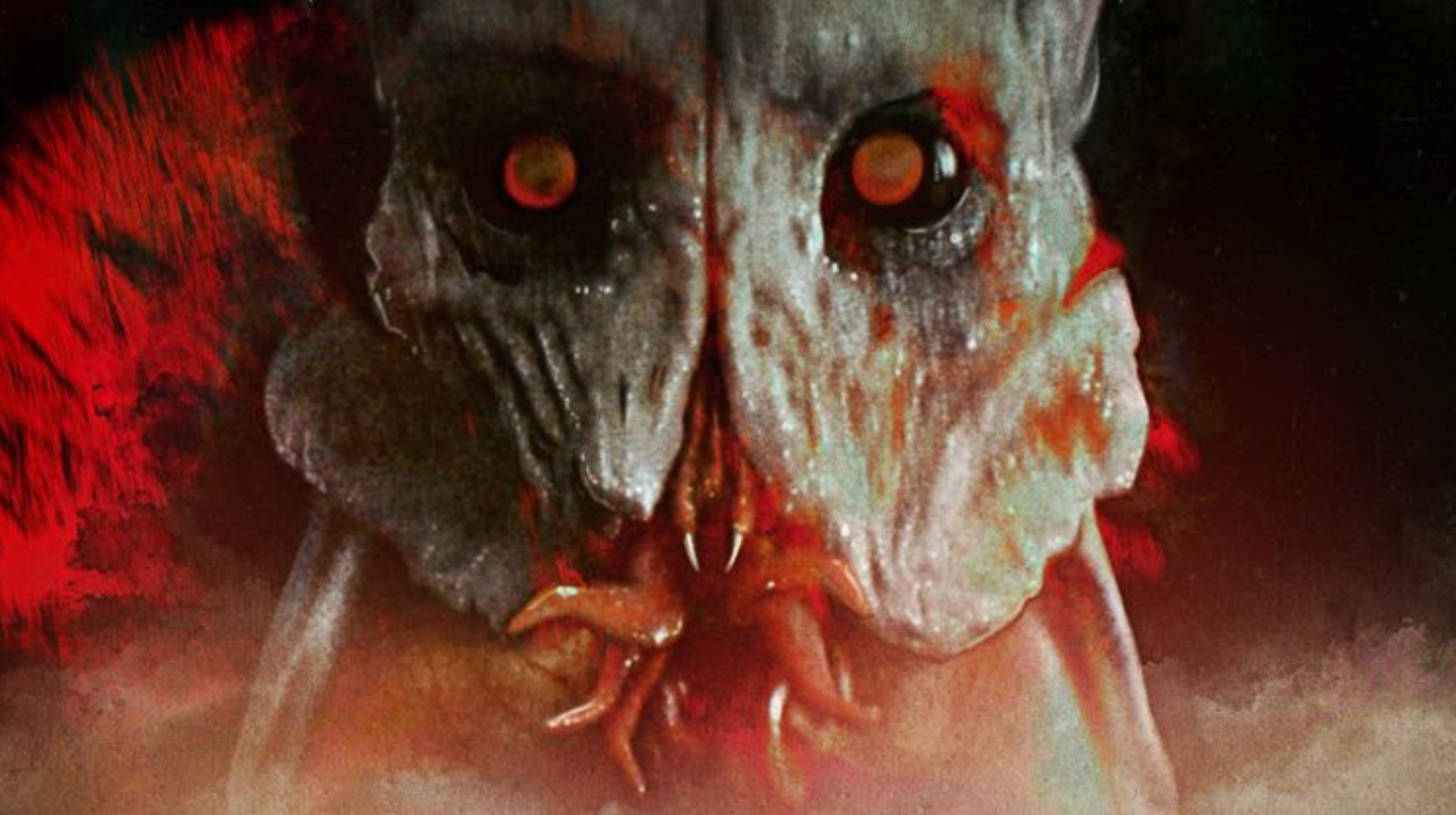 #The Quarantine Stream: ‘Starship Troopers’ is a Hilarious, Chilling Satire That Arrived a Few Decades Early