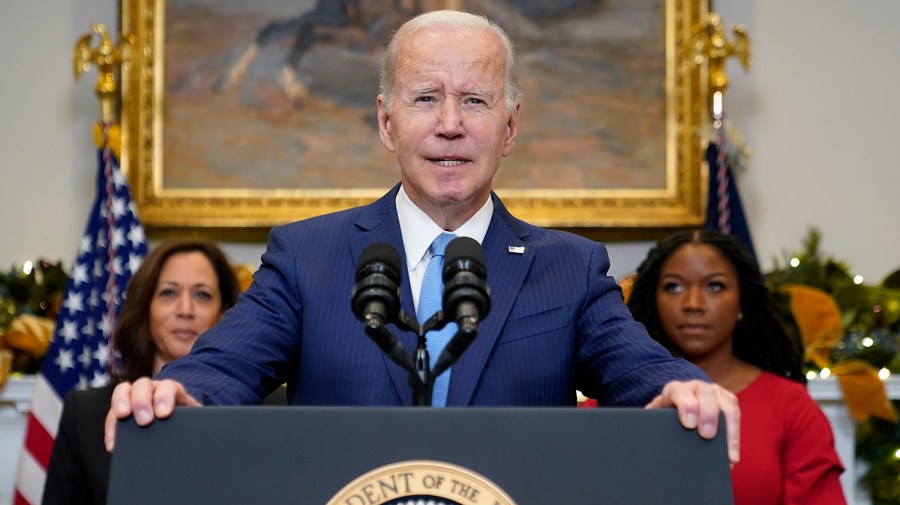 President Biden made dramatic news Thursday when he announced that WNBA star Brittney Griner was on her way back to the United States.

Griner, a center for the Phoenix Mercury, had been arrested on drug charges at a Moscow-area airport on February 17, just as Russian President Vladimir Putin was on the cusp of invading Ukraine.

Griner subsequently pleaded guilty to the charges, which related to vape cartridges containing marijuana oil that were found in her luggage.

Since last month, she had been held in a penal colony with an especially bleak reputation.

The case — and the perception that Griner was being treated in a draconian way by the Russians for political reasons — meant that her plight drew massive media attention. She received vocal support from the worlds of American sports and popular culture.

Biden announced her release at a brief White House event, where he was accompanied by Griner’s wife Cherrelle, Vice President Harris and Secretary of State Antony Blinken.

“This is a day we’ve worked toward for a long time,” Biden said. “We never stopped pushing for her release.”

Griner’s release will be welcome news to millions of Americans, and the White House celebrated it on Thursday. But the complications are considerable.

First, Paul Whelan, an American citizen and former Marine jailed on espionage charges, remains imprisoned in Russia, having been arrested in late 2018.

Second, Griner is free because the U.S. has agreed to release Viktor Bout, a notorious Russian arms dealer serving a 25-year sentence for conspiring to kill Americans.

The moral complexities of the episode raise real dangers for Biden.

Here are some of the major pitfalls.

Many people think the Russians got the better deal

Griner’s case was famous but her offense was minor.

The same cannot, by any stretch, be said of Bout.

Nicknamed “The Merchant of Death,” he was arrested in 2008 in Thailand after a sting operation. Bout believed he was selling a massive tranche of arms — including 30,000 AK-47s and 800 surface-to-air missiles — to a left-wing Colombian guerrilla group, the FARC.

Prosecutors asserted that the deal was being made “with the specific understanding that the weapons were to be used to attack U.S. helicopters in Colombia.”

Bout was ultimately extradited in 2010, convicted on conspiracy charges in 2011 and, in early 2012, sentenced to 25 years in prison.

Marking his conviction, then-Attorney General Eric Holder released a statement calling Bout “one of the world’s most prolific arms dealers” and condemning “his efforts to sell millions of dollars worth of weapons to terrorists for use in killing Americans.”

Bout’s notoriety — and the gravity of his offenses — will lead many Americans to conclude that the Russians got the better side of the deal.

Putin’s allies are claiming a win

The deal to release Griner came at a time when Putin’s war in Ukraine has got miserably bogged down — and as the West has maintained a united front against him, for the most part.

The Russian president appeared to tacitly acknowledge on Wednesday that the war was going badly, saying during a televised meeting that victory “could be a lengthy process.”

Ukraine has taken back enormous tracts of land in recent months, having already rebuffed an attempt by the Kremlin’s forces to seize the Ukrainian capital of Kyiv in the early days of the war.

But Putin seems sure to gloat about the release of Bout.

The New York Times on Thursday noted several supporters of the Kremlin who were casting the one-for-one swap as a victory for the Russian president.

Among them was a former Kremlin advisor who enthused that “Putin outplayed Biden.” According to the Times, Sergei Markov contrasted Russia’s victory in getting back “our spy” with the release by Russia of “a normal girl.”

With Putin struggling in Ukraine, the Griner-Bout deal could end up being a propaganda coup for the Kremlin.

The deal leaves Paul Whelan behind

This is possibly the single greatest danger for Biden — and the element that many Americans will find hardest to swallow.

Whelan, a former Marine with citizenship in four nations including the U.S., was arrested in Russia in 2018 on espionage charges. Following his trial and conviction in 2020, he received a 16-year prison sentence.

Whelan and his family insist he is innocent, and the White House considers him to be unjustly detained.

Back in July, Blinken had made clear negotiations were underway aimed at freeing both Whelan and Griner in return for Bout.

As recently as Sunday, Blinken appeared to hold open the possibility of both Americans being released, telling CBS News’ “Face the Nation” that “the proof will be in the pudding” regarding whether Russia was serious.

Whelan’s plight is particularly sensitive because of the idea that Griner’s sporting fame and celebrity support has given her priority while Whelan languishes.

In his remarks at the White House, Biden emphasized, “This was not a choice of which American to bring home.”

Later Thursday, White House Press Secretary Karine Jean-Pierre sounded the same theme, telling reporters: “It was a choice between bringing home one American or bringing home none…Of course we’d have preferred to see them both released.”

The administration is adamant it will continue its efforts to obtain Whelan’s release.

But now the U.S. has given up the leverage provided by Bout.

Paul Whelan’s brother David told CNN’s “This Morning” on Thursday that while it was “wonderful news” for any American to be released, “We do worry about what’s in Paul’s future. I think it’s become clear that the U.S. doesn’t have any concessions that the Russian government wants for Paul.”

The accusation that Biden has abandoned Whelan is already being leveled.

The partisan attacks have already begun

The deal to release Griner is being viewed through the same partisan lens as so much else in American life.

So too did Rep. Hakeem Jeffries (D-N.Y.), who will become the leader of House Democrats when Speaker Nancy Pelosi (D-Calif.) officially steps down. “President Biden gets it done,” Jeffries enthused on Twitter.

But Republicans wasted no time in assailing the deal.

House Minority Leader Kevin McCarthy (R-Calif.), who hopes to become Speaker within weeks, called the deal “a gift to Vladimir Putin.” McCarthy also said that “leaving Paul Whelan behind for this is unconscionable.”

Sen. James Lankford (R-Okla.) said in a video clip posted to Twitter that while he was “grateful” to see Griner released, “I can’t believe that [Biden] actually negotiated away the Merchant of Death as the swap for her, and left a Marine in prison there.”

In addition to the pure politics, the cultural contours of the case seem sure to make it fodder for conservative media.

Griner, a Black, gay female athlete with celebrity support, has been released, and Whelan, a white man who served in the Marines, has not.

# Spirittea launches in early 2023 for Xbox Series, Xbox One, Switch, and PC 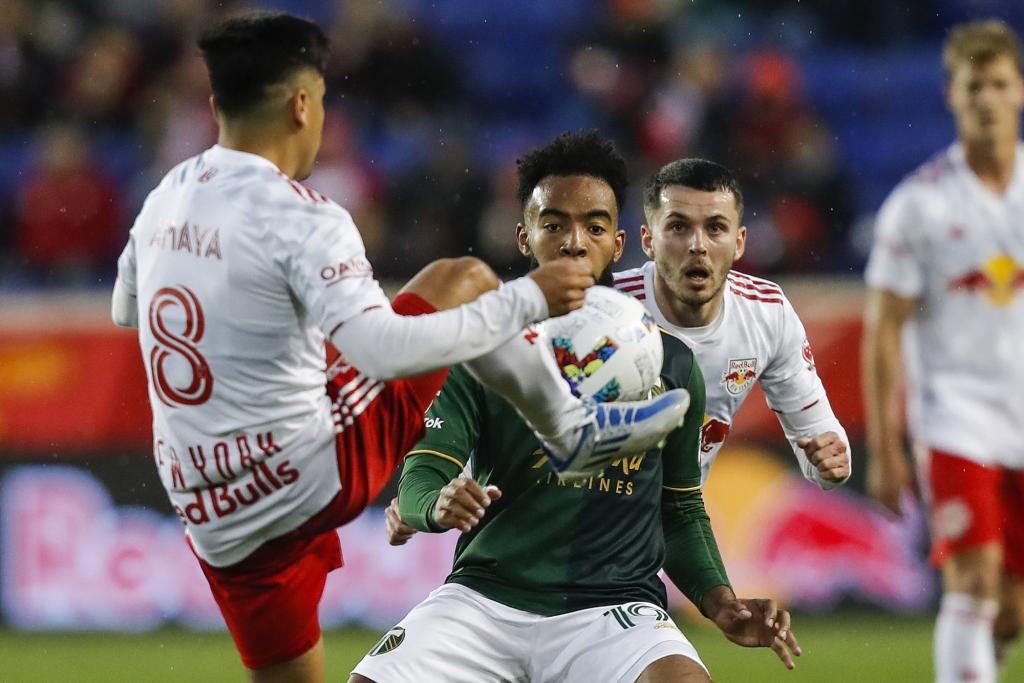 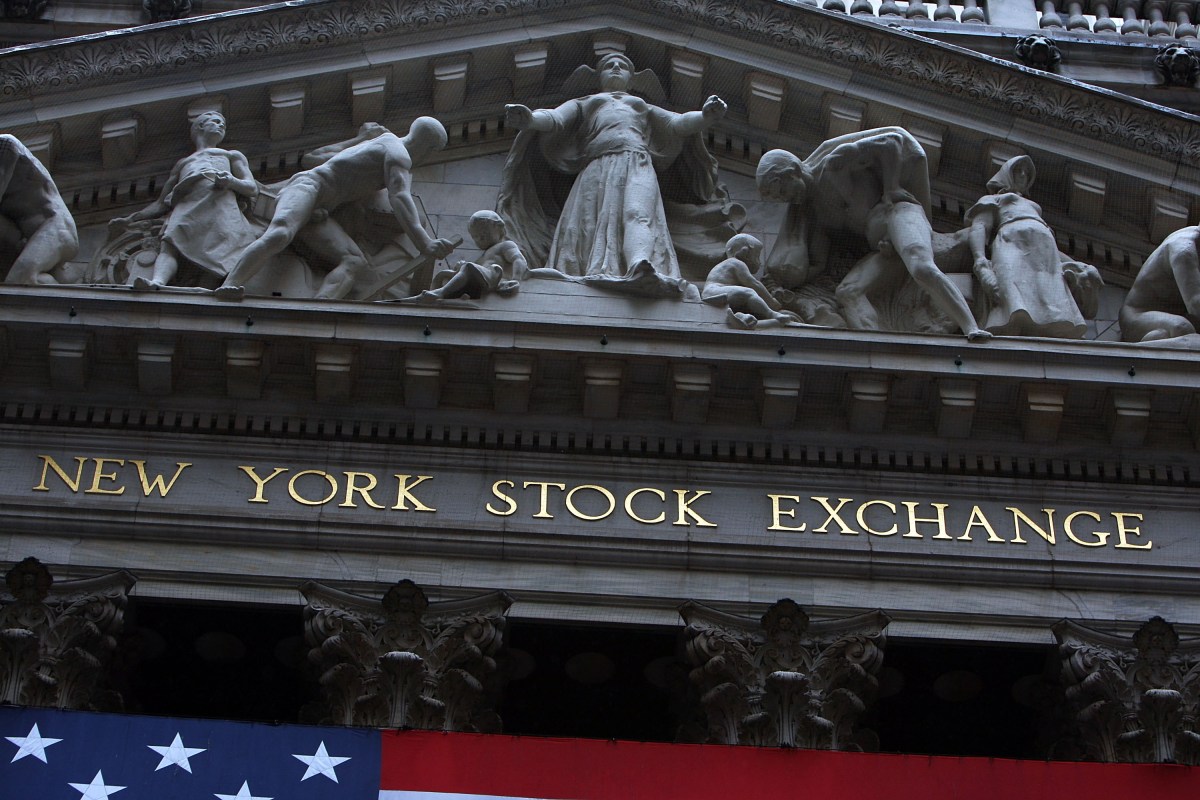 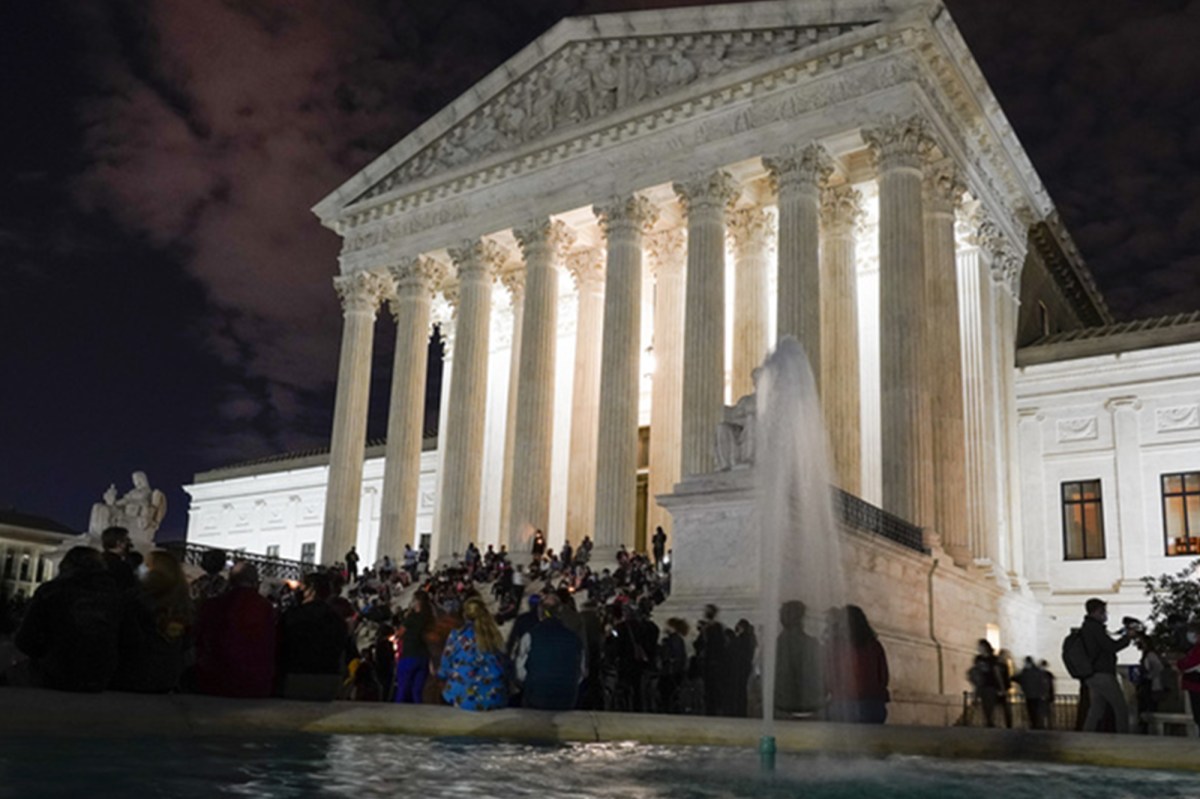 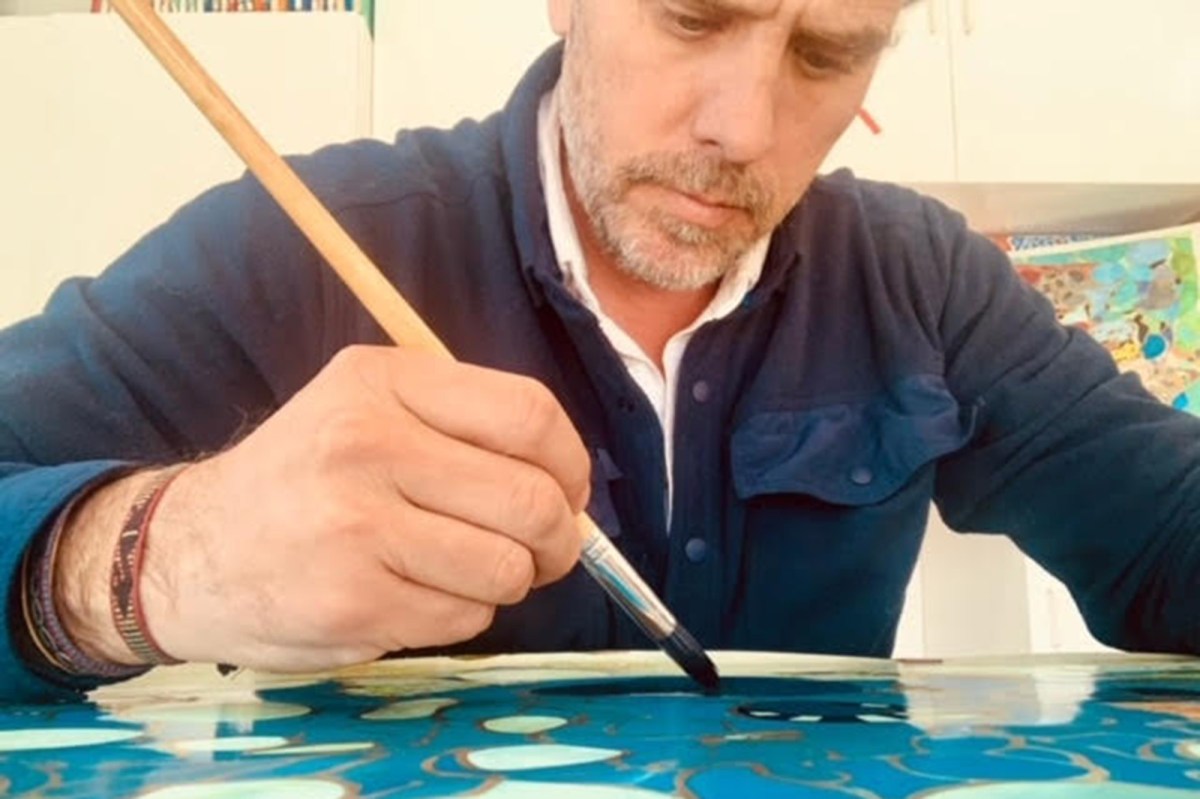