Brooding skies over a land in disarray witness a nameless soldier in ancient regalia washing ashore. Once part of Hernan Cortes’ army that savagely conquered Tenochtitlan in 1521, this bearded Spanish strongman has lost his vigor. A female narrator explains the unexplainable: a fissure in the fabric of the metaphysical or divine intervention sent him to the same geographical place, now the country of Mexico, in modern times.


“499,” titled after the number of years between the fall of the Aztec empire and 2020 (when the film first premiered at festivals), can’t possibly be talked about as a commonplace documentary. Its Mexican director Rodrigo Reyes has often walked in liminal spaces, whether that’s the divide between two countries seen in “Purgatorio,” shot on the U.S.-Mexico border, or the intersection of fiction and his interpretation of observed truth found here.

As the conqueror, portrayed with a quiet force by actor Eduardo San Juan, travels from the east coast to the central region, retracing his own steps but sans his voracious compatriots, the filmmaker offers a dynamic and one-of-a-kind meditation on the effect of colonialism. A nightmare and a dream wrapped into one, this piece of ingenious non-fiction roams harsh topics through this narrative device, a time traveler, that’s foreign to the state of this nation but responsible for it.

Now, exactly 500 years since Spanish colonizers imposed their religion and planted the seeds for the myth of mestizaje (the notion that their appropriation of the territory and enslavement of its people resulted in a mixed-raced identity), Mexico is finally reckoning with the racism that was previously not named as such but always upheld whiteness and Eurocentric knowledge above Indigenous features, language, and culture.

But the current public repudiation of that ingrained and corrosive ideology remains symbolic, as the country continues to function through a system where race and class are intertwined in a pervasive cycle. Those most vulnerable to poverty and violence today rarely look like the oppressor, but closer to those that centuries ago were also victimized. Throughout the journey, Reyes only confronts this figure with working class people, poor people, dark-skinned people; the faces of Mexico that tourists turned away from and that the local film productions and television stations don’t depict.

Without a voice, the arrogant conquistador is forced to listen to their plights. His internal monologue comes via voiceover, musing about the places he once knew, bragging about the barbaric acts he committed, or judging the Aztecs for their practices. He deems everyone he comes in contact with a savage, and mocks Moctezuma’s friendliness as an invitation for the Spaniards’ appetite for gold.

In including such disturbing dialogue, fitting for the character, Reyes isn’t solely denouncing him and those like him, but persuading us into introspection, to investigate why we may have harbored similar biases as part of our Western indoctrination. In brief moments of more human clarity, the unwanted visitor expresses his affinity for certain aspects of the people and terrain he destroyed, and even regrets his cold-bloodedness. The more he realizes that the glory he thought he achieved has vanished, the more pathetic he becomes. Reyes writes him, it seems, as the embodiment of a worldview that is, hopefully, dying as we question it more fervently.

Many of his encounters are tied to the victims and perpetrators of the wave of crime and death that’s drowned Mexico for over a decade. Citizens searching for their missing or murdered loved ones has, unfortunately, cemented itself as a recurrent trope in Mexican cinema in the same period of time, but Reyes spins that convention slightly in the fluidity of how he strings these encounters, never dwelling long on any single one but planting them as a sequence of emotional mines that detonate one after the other the more the defeated soldier advances.

Migration is a prevalent theme in Reyes’ work, and “499” also features it. A carefully framed shot of this man from another time in uniform sitting among Central American migrants, just as lost as them but in far distinct circumstances, encapsulates the entrancing visual dissonance his presence creates. Testimony of how these migrants, mostly men, flee their homelands due to threats from criminal groups, draw strong parallels to how the arrival of the white men, with his disease and his cruelty, pushed native civilizations into exile or servitude. Like the film states repeatedly, this is yet another reminder of how the processes of oppression don’t disappear but evolve. For the Central American, the Mexican authorities and cartels represent the monsters along their path. If they make it to the U.S., the tyrant only changes its name and tactics.

In addition to its oddly effective premise, “499” benefits from an aesthetic that’s expressionist within the boundaries of reality. Cinematographer Alejandro Mejía shoots the Spanish specter as if he were an astronaut on an unknown planet in the vastness of open fields. Sometimes, the settings chosen as stops for him to catch his breath and ponder, a landfill or a bridge that overlooks a sea of break lights, reinforce a warped quality, focused on the unflattering decay. There are no postcard-friendly vistas or landmarks.

Halfway into the pilgrimage, a passage brings the European face to face with an Indigenous community that speaks Nahuatl. Every uttered word in their native tongue is resistance materialized. The language didn’t die because its speakers preserved it, without the help of the Mexican state, and so their interpretation of the world also persevered, in spite of how much the invaders tried to rid the inhabitants of their identity. In these scenes, and elsewhere, the subjects are aware of the theatricality of this actor’s involvement, but even in their improvised performances, the make believe allows for revelations of more inner profundity, like when a former military man, who now makes a living illegitimately, brings unexpected humor into a scene involving different caliber guns.

Eventually, he reaches Mexico City, the metropolis built on the ruins of the Aztec capital that houses some of the most extreme wealth disparities. There, a harrowing account of a despicable femicide pierces our psyche and begs the question of how such barbaric acts of hatred could be traced back to the horrific foundations of this society, one that was forged through violence and self-hatred. For many of us, who’ve departed Mexico to search for the prosperity denied at home, and who now learn of inhumanity from a safer and privileged position, the country still pains us like a phantom limb. In “499,” a truly brilliant accomplishment of unconventional storytelling, form and theme coalesce to open a portal where textbook history becomes an active entity and clashes with the present for a forward-thinking exploration. 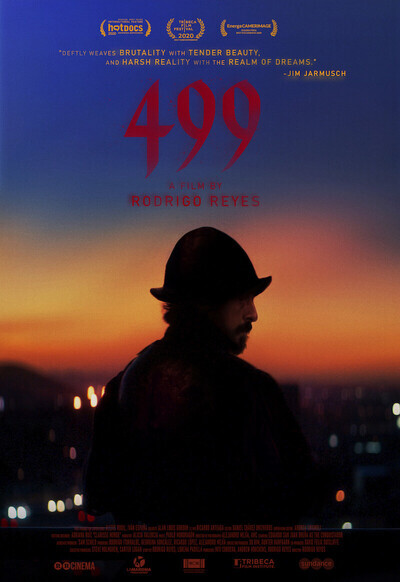 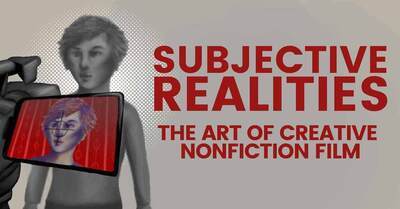 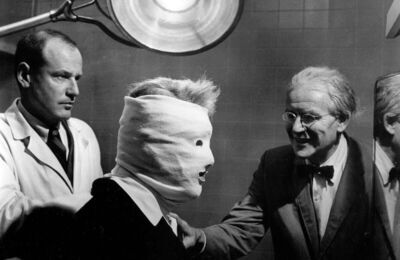 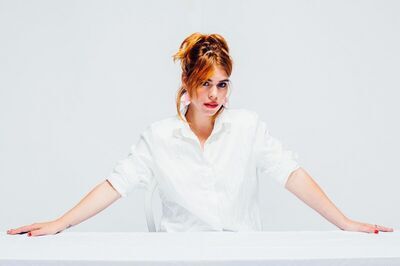 Watch The Protégé with film summary and movie review 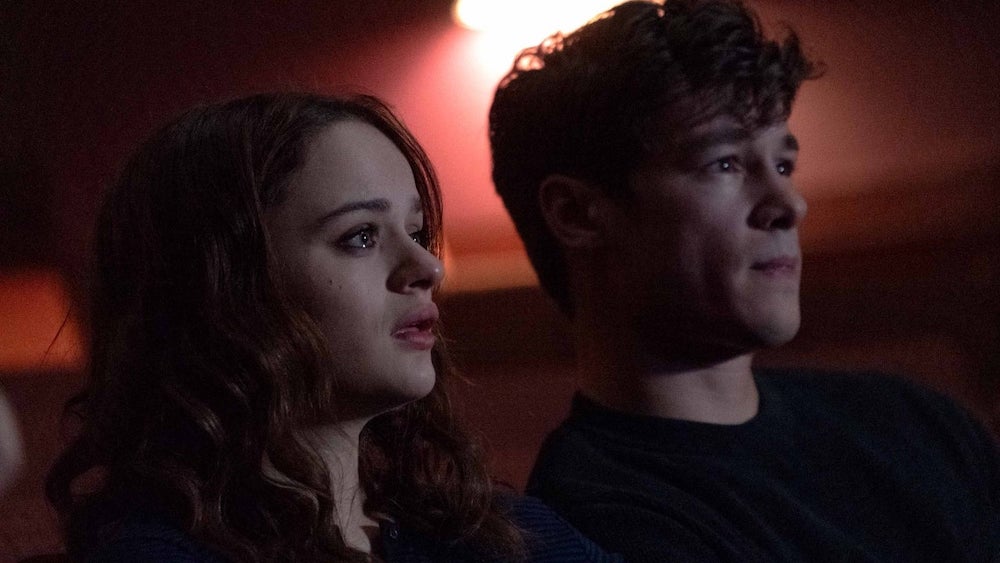 Watch ‘The In Between’ Review: Love Never Dies, Even for Teenagers

Watch ‘The Novice’ Review: A Relentless Drama of College Athletics

Watch Into the Dark: Blood Moon with film summary and movie review 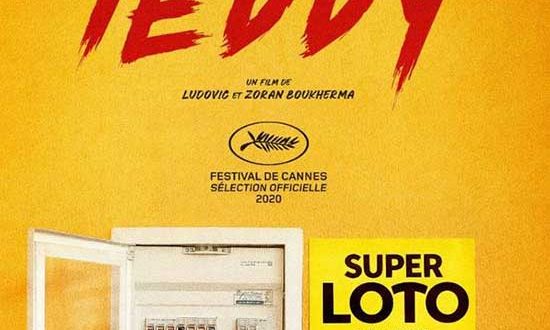