After decades of planet-threatening growth, emissions fell off a cliff. Environmentalists sense a turning point.
This has been a year of realizing that what we thought was solid ground beneath our collective feet was in fact a cliff that would crumble away with just a bit of natural erosion or one sharp blow. We reflected on 2020 to find truths, exploded. This is one of them. Read more about the year that changed everything »

Readers occupied with COVID-19 and American politics may be forgiven for having missed some climate news this year.

To recap: Greenland’s ice caps are melting faster than any time in the past 12,000 years. Out-of-control wildfires have turned much of the Amazon and the U.S. West to ash. Tropical storms set new records. And thawing of the northern permafrost releases methane trapped in the ice, threatening an unstoppable warming feedback loop.

In spite of all that, environmentalists are feeling more optimistic about climate action than they have in a long time, because in 2020 greenhouse gas emissions around the world fell off a cliff, tumbling more sharply than even during the Second World War.

It will take a year or two before scientists are able to figure out the exact numbers, but researchers at Nature Communications have estimated that CO₂ emissions that cause global warming fell by almost nine per cent in the first half of 2020, an enormous and sudden drop after decades of steady, seemingly unstoppable, planet-threatening growth.

OUR EDITORIAL: Looking at truths, exploded

The coronavirus has killed more than a million people, strangled economic growth and played havoc with the financial, emotional and psychological well-being of just about everyone, but it also grounded planes, left cars in their parking lots and silenced factories.

After years of struggling with powerful industrial and political players that fought every reduction, green activists were suddenly watching emissions drop overnight. And while they expect the numbers to spike after the pandemic, they think the pandemic is a turning point, the moment when the world found a way to cut greenhouse gases.

For one thing, a lot of people who are now working at home are likely never going back to the office. “A lot of these companies just don’t come back to those offices,” says Tim Gray, executive director of Environmental Defence. “So there’s going to be significant opportunities for what happens with all those buildings.” Gray thinks offices will be converted to residences, and more people will work from home in rural areas and small towns, which ought to stall suburban sprawl.

And when the planes are back in the air and cruise ships resume their voyages, environmentalists think the people running economies will not return to business as usual. “The big thing is what do you do coming out of it,” says Keith Stewart, senior energy strategist with Greenpeace Canada. “We’re having a renewed appreciation of what governments can and should do to protect people.”

The pandemic has changed ideas about what governments can do, says Sarah Doyle, the director of policy and research at the Brookfield Institute for Innovation + Entrepreneurship. “The demonstration that we can reduce emissions dramatically in a short period of time is powerful, but I don’t think it’s clear necessarily that we can or will sustain that without structural changes,” she says. “But I think there is a real opportunity that is also demonstrated by the pandemic to make those changes more permanent.”

When politicians spend money to get the economy moving, there will be good arguments to invest in green jobs. Joe Biden spoke frankly about the need to transition away from fossil fuels, something that mainstream politicians were uneasy about saying publicly even a few years ago. That’s because public opinion has shifted, says Stewart.

Markets are already shifting. Projections for fossil fuel consumption have been downgraded, and investors are moving their money out of the industry. In October, Zoom’s market capitalization eclipsed Exxon’s.

In February, Mark Carney, former governor of the Bank of Canada and the Bank of England, called for investors to wake up: “This could turn an existential risk into the greatest commercial opportunity of our time.” If Carney is right, the political arguments for a business-as-usual approach to energy policy are suddenly going to be harder to make.

This is likely to pose a challenge to Canadian politicians like Jason Kenney, who last year called investor concerns about climate risk the “flavour of the month,” and make life easier for those who want to act.

The worst system except for all the others has been under attack for years. Trump just made us notice.

‘The future is virtual’

The pandemic has made it clear in more ways than we would have thought to count: you actually need to be there

‘In a crisis, leaders will lead’

The job description is right in their title, but too many simply failed to show up for work

‘Women are winning at work’

‘The individual is supreme’

‘The stock market has meaning’

Long treated as a key economic indicator by many, it is now completely detached from how the economy is actually doing

After decades of planet-threatening growth, emissions fell off a cliff. Environmentalists sense a turning point.

‘We value our seniors’

Children’s ability to bounce back has been pushed to a breaking point, and exposed some ugly inequalities

Rushing out to get milk was once the height of tedium. Today, it’s an anxiety-inducing thrill ride.

‘We need the gym’

The pandemic shutdown forced a reality check: for many, all that time spent in the gym was more luxury than necessity

The pandemic forced a culture shift on government, proving that red tape really can be cut

‘You can ignore racism’

Denying systemic racism is no longer tenable. But will the outrage of the past summer translate to substantive change? 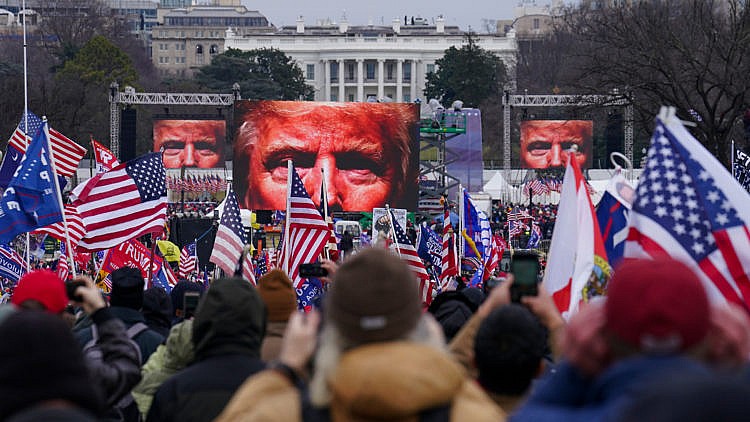 #By supporting Trump, the Republican party has become an authoritarian party #If de Blasio can’t even lie about the crime wave right, how’s he going to end it?