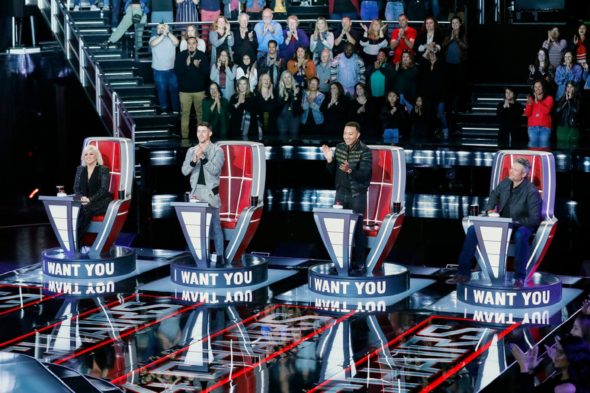 The Voice continues to make some noise. NBC has confirmed they’ve renewed the music TV series for a 19th season which will debut sometime this fall.

Hosted by Carson Daly, the long-running competition series pits aspiring singers against each other in a series of vocal challenges. Season 18 coaches include John Legend, Kelly Clarkson, Nick Jonas, and Blake Shelton. Gwen Stefani will return in season 19 and replace Jonas.

Nine years after its debut, The Voice is NBC‘s top-rated non-scripted TV show for the 2019-20 season.  The peacock network hasn’t confirmed that the series will return for a 20th season during the 2020-21 season but, given the show’s ratings, it seems all but guaranteed.

What do you think? Do you watch The Voice TV show on NBC? Who is your favorite coach? Will you be watching season 19?

#Arizona sheriff tested positive for coronavirus before meeting with Trump

#Science proves that microwaves suck at almost everything

#Free speech is under threat and other commentary