“The Vast of Night”

“There’s something in the sky.”


It’s a testament to what director Andrew Patterson has pulled off in his micro-budget sci-fi indie “The Vast of Night” that when that line comes, it feels like it’s the first time those words have ever been said, even though there’s a line just like it in every movie of its kind. Something about Patterson’s approach—precise and inventive—makes a moment that could have been a cliche into something fresh, vivid, filled with the strangeness of what it would really be like. The line is whispered into an eerie nighttime silence, and the mood is one of awe, terror, excitement. What is out there in the vast of night? There’s something in the sky. How on earth Patterson made a movie about a UFO hovering over a small town in the late 1950s without falling back on every cliche in the book is the fun and wonder of “The Vast of Night.” You already know the plot. You’ve seen it all before. But the way the story is told is new. With “The Vast of Night,” it really is about the how, not just the “what happens.”

The film opens at a high school basketball game. The entire town is in the stands. Lanky players lope around the court. Cheerleaders do cartwheels on the sidelines. Two high school kids, Everett (Jake Horowitz) and Fay (Sierra McCormick), leave the game and walk across the deserted town to their nighttime jobs. He hosts a nightly radio show, and she mans the town switchboard. Once ensconced at their jobs, they realize something strange is going on. There’s interference in the radio signals. She notices calls are cutting out. A weird sound comes through the line, a sound Fay doesn’t recognize. She calls Everett and plays it for him. He doesn’t know what it is either. A woman calls the switchboard, screaming through the static about something weird going on on the outskirts of town. But Fay can’t hear her through the fuzz. Fay and Everett are both technology nerds. They decide to figure out what is going on.

All of this is familiar territory to anyone who has seen “The Blob,” “The X-Files,” “Close Encounters of the Third Kind,” “Invasion of the Body Snatchers,” “The Twilight Zone,” you name it. The trappings of the genre are present, and writers James Montague and Craig W. Sanger don’t shy away from any of it. They even place the entire film within a framing device of a black-and-white TV showing an episode of the “Paradox Theatre Hour.” This is just one of the distancing techniques in operation. The audience is kept at a slight remove. You notice it right away in the opening sequence, a long meandering take, following Everett and Fay as they walk through the gym and then outside into the parking lot, talking the whole time. The most obvious thing right off the bat is that there are no close-ups, nothing to familiarize us with the characters. Their dialogue is fast and overlapped, ridden with slang (“Razzle my berries.” “Cut the gas, cube”), and it takes some time to figure out what they’re talking about. This continues during their walk across the empty town, the camera stalking them from behind, gliding along creepily at street level.

But a funny thing happens during this opening sequence. In a way, the whole thing is alienating. It refuses to let you in. “The Vast of Night” doesn’t come to you. You must go to it. You must submit to its rules, and once you do, it yields tremendous rewards. Patterson’s style, in partnership with cinematographer M.I. Littin-Menz, infuses these well-worn plot points with urgency, creating an overriding mood of strangeness and mystery. By the time Patterson finally gives us close-ups of his two young leads, we already have gotten to know them, just from following them around. It’s old-fashioned in a beautiful way: once upon a time, a close-up really meant something, and close-ups really mean something in “The Vast of Night.”

The moments of technical virtuosity are amazing when you consider the budget and that Patterson basically funded the movie himself. There’s a tracking shot through what appears to be the entire town, down the main drag, around a corner, over some grass, past the power station, through the gym parking lot, into the crowded gym, and then out again. Another standout scene is a ten-minute single take where Fay, at the switchboard, takes calls, makes calls, plugging wires in, pulling wires out, each call with a different agenda, ignited by Fay’s increasing sense of alarm that something is very wrong “out there” in the vast night. It’s a complicated sequence, and McCormick handles it all with aplomb and skill. Patterson’s style is flexible and patient enough to allow for shadings, nuances, even complexities in not just Everett and Fay, but the people they meet along the way.

“The Vast of Night” is not just a stylistic exercise. It is not ironic in tone, and it doesn’t have quotation marks around the genre. The tail-finned cars, the saddle shoes, the cat-eye glasses, the Sputnik references, place us in time, but the period is not belabored and/or condescended to. Instead, what we get is a thickness of atmosphere and texture, a strange and eerie mood, and affection for the characters we meet. The distancing choices made at the beginning just increase the feelings of intimacy and warmth by the end.

This is an astonishing first feature. It works like gangbusters, start to finish.

In select theaters today and available on Amazon Prime on May 29, 2020. 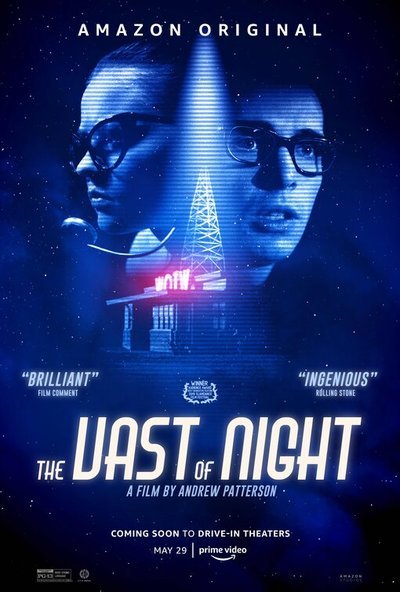 #The seven-year time jump is here 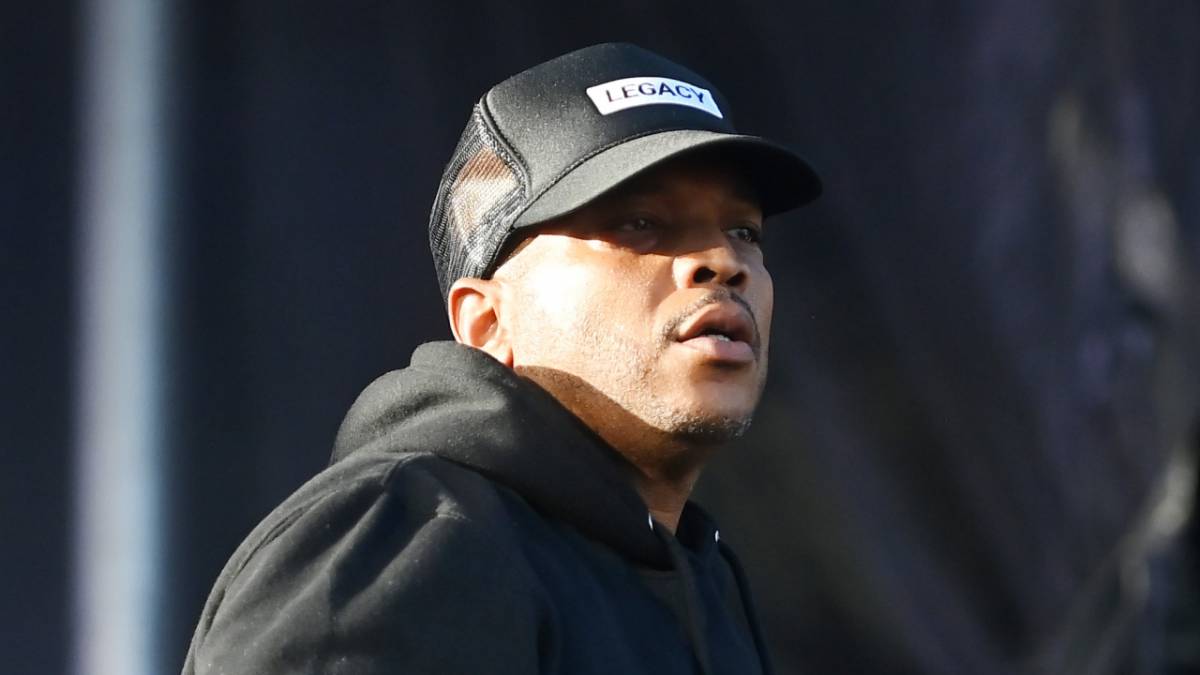 #A New Tenet Preview Is Playing in Theaters with Inception, Here’s What It Reveals