The national tournament begins for The God of High School! Crunchyroll describes the episode as:

Mori loses his team’s opening bout by applying a pressure point he learned from Bongchim of The Six, which renders him immobile. The second bout pits Daewi the tournament’s oldest competitor, 38-year-old Jin Pum Kwang, who overwhelms Daewi with powerful attacks acquired through years of hard physical labor. Meanwhile, Commissioner Q is attacked by Drake, a member of Nox, and seriously injured.

I’LL BE YOUR CONTRADICTION!

(Ok seriously, how do you write these kinds of sounds in text?)

I’m glad they slightly updated the opening with new characters. It’s a nice touch and can’t wait to see more new and powerful characters. As a bonus, the opening did feature animations we’ll get to see later this season.

Speaking of characters, I’m glad Q survived! He is still one of my favorites.

Thinking he got taken out without a fight seems like a lame way to go.

I feel that the fight sequences aren’t as engaging as they could have been. The constant cuts between the two fights tempers some of the moments the scene was building towards.

Cutting from the tournament fight to the fight between the commissioners and the Nox priests makes me lose interest in the tournament itself. Why should I watch some teenagers punch each other when I can watch a dude with a scythe wielding ghost beat the crap out of a flying man and a girl with a magic gun?

Yeah, that was exactly what I was thinking during the sequence. The power difference between the two fights ends up making the tournament fight appear really uninteresting, despite the visuals.

If we rearrange the format of the episode so that we focused on the tournament fight for the first half, would that have been more engaging?

I would have preferred that for sure. The rival characters’ backstories are incorporated better than most things in this episode, but I can’t help but worry that it’ll end up as wasted effort.

If this tournament round is anything like the last one, then we’ll never see these characters again, and their meticulous characterization flashbacks won’t matter beyond the few minutes of screen time they just had.

The cuts also feel very rough. Don’t get me wrong, the animation is pretty and exhilarating. But the experience is hampered by the execution.

I personally think rearranging the format may have made the experience enjoyable.

As if the weird pacing wasn’t disappointing enough, I am really upset by the lazy attempts at exposition. I’ve stayed optimistic up to this point about how certain story elements might come into play, so I wasn’t all too worried by elements that were only vaguely teased last week, for example.

Unfortunately, this episode has the opposite problem. Anything that is revealed or explained is done in the quickest, laziest way imaginable. The worst offender is Mori announcing his new ability, explaining it before showing it off, and then immediately cutting to the old man declaring “I taught him that” to the camera.

And still, I feel like I have so many unanswered questions. The Seoul team just learned about Charyeok, but a bunch of the other teams already know about it and are using it.  The dude with a wand didn’t use any martial arts skills in his fight, just his magic stick.

With the powers, Charyeok makes it harder to judge the scale of the power in the fights. The second the show introduces literal superpowers, it becomes difficult to show the impact of the fight sequences.

I don’t know how to judge the reference of each individual’s powers now, and the animation also seems to be unable to replicate that. I think that because Charyeok no longer bases the animation on martial arts, the animation loses its visual appeal.

My investment in the martial arts aspect of this show has diminished even more. We already know very little about the fighting styles of all the characters in the show, and instead of developing it more, we just seem to throw it all away in favor of these seemingly magic powers.

It does disappoint me that we’re not given a lot of backstory behind Charyeok and how they get their powers.

The brief exposition from Park Mujin looking at the mural is nice, but that’s all we know about Charyeok. It just tells us about deriving powers from the gods and nothing more.

Another detail that doesn’t make sense to me is how the tournament audience or even the world in general reacts to Charyeok being used.

The God of High School already established that: normal people can see the Charyeok (e.g. episode 4) — governments are really threatened by the Charyeok from the opening scene of the island being slapped into oblivion.

Overall, Charyeok is really hurting the appeal of the show for me.

At least one of the redeeming qualities is the animation and the cool character designs.

It’s enough to keep me going until the end of the season.

I will say that the moments of humor are still landing pretty well, so I’m not completely indifferent to our main cast. The end of this episode specifically had an interaction between Mira, Daewi, and Mori that got a great laugh out of me.

Unfortunately, that highlight did not get me to forget my many grievances with the episode.

The God of High School is now streaming on Crunchyroll. 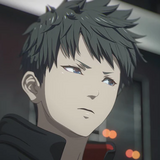 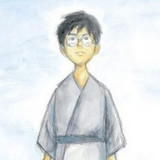 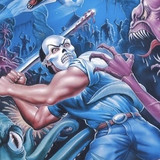 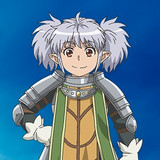