“#Restaurant to Another World Season 2 Gets Main Trailer”

Restaurant to Another World Season 2 has received its main trailer, following the release of a teaser trailer last month. The show is set to premiere in October in Japan.

The anime’s staff members include the first season’s Masato Jinbo as director and series composer and Yasukazu Shoji (Kira Kira Happy Hirake! Cocotama co-character designer) as character designer. Katsumi Enami, the illustrator of the Restaurant to Another World light novels, is credited as the original character designer.

The still-ongoing Restaurant to Another World light novel series launched on the Shōsetsu-ka ni Narō (“Let’s Become Novelists”) website in 2013, with Shufunotomo’s Hero Bunko imprint publishing the first print volume in February 2015. It has inspired two manga series as well.

The anime’s first season premiered in July 2017. Crunchyroll streamed the series as it aired with subtitles while Funimation streamed it with an English dub. Crunchyroll is set to stream the second season in October 2021.

#: I bought my husband’s childhood home before we married — but only my name is on the deed. Should I add him? 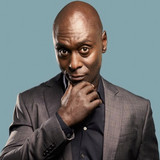 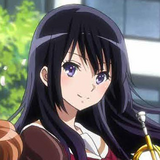