“#Priyanka Chopra Gets Honest About Starring In Skin-Lightening Cream Ads: ‘One Of The Biggest Missteps Of My Career’
”

Priyanka Chopra doesn’t plan on shying away from some of her past mistakes.

In her book Unfinished: A Memoir, the 38-year-old actress addressed one of the biggest “missteps” of her career, which was starring in a controversial skin-lightening cream ad for Pond’s Garnier.

Related: Priyanka Chopra Reveals Her Nose Is Actually The Result Of Botched Surgery

In the piece, the Baywatch alum expressed that it had been a longtime dream of hers to work with a beauty company, so when she finally got her shot, the starlet was obviously excited.  The Isn’t It Romantic comedian went on to film multiple advertisements for the brand, who ended up lightening her skin in many of them — something that she didn’t agree with in the moment.

For instance, in one of the problematic ads, the Miss India World winner loses her boyfriend to a lighter-skinned woman. After she started to use the cream, which lightens her appearance, she won her man back.

Take a look for yourself (below):

Honestly, who thought that this would be okay to put out there for the world?? But it doesn’t shock as much especially since the beauty industry time and time again proves they’ll continue to perpetuate the harmful idea that having “fairer skin is best” no matter how much they get called out for it. Like Garnier, who continued to put out these skin-lightening ads despite how racist and wrong it is.

Speaking on the incident in her book, the wife of Nick Jonas said she wished she never took part in an advert of a product that dangerously endorses colorism:

“All I could think of was how I’d felt like a teenage girl using store-bought and homemade fairness concoctions because I believed my skin color made me unattractive. I thought about how pained I’d felt when I was called kaali as a child. I was now promoting the destructive messages that had so eaten away at my sense of self-worth when I was growing up, and I knew the only person I could blame was myself.”

Since then, the Bollywood star has decidedly taken “a definitive stand and distance myself from this archaic cultural norm” and refuses to do another Indian skincare campaign. She went on:

“Looking back, this was one of the biggest missteps of my career and is one of my most profound regrets. I can’t go back and change what I did, but I can apologize, and I do so sincerely. To all the people who saw the harmful messaging that I contributed to, to all the people who still have to see commercials like these in every medium — I am deeply sorry.”

This isn’t the first time she has spoken about the ad as some old interviews and promo clips reemerged on social media in 2020 of the actress saying:

“I am very proud to be dusky myself. I would never go round saying you need to become fair, and that’s the only way you’ll be beautiful because I don’t endorse that.”

At the time, many people called Priyanka a hypocrite when she previously promoted such a troubling product. In an interview with The Guardian, she described how she felt looking back at the videos, saying:

“I felt sad, actually. I saw myself through my 13-year-old eyes when I was making concoctions in my bathroom to lighten my skin tone.”

In another sit down with Marie Claire earlier this year, she further expressed her remorse for hawking the skincare item, admitting she grew up believing that “dark skin was not pretty.”

“[Skin lightening] was so normalized in South Asia, it’s such a large industry that everyone was doing it. In fact, doing it is still a check [mark] when you are a female actor, but it’s awful. And it was awful for me, for a little girl who used to put talcum-powder cream on my face because I believed that dark skin was not pretty.”

We are so glad to see Priyanka owning up to this time in her past and speaking on important issues like racism in her memoir. What do U think about the leading lady’s admission? Let us know in the comments (below)!

#True Lies Series Reboot in the Works at CBS – /Film

#‘Cobra Kai’ Creators Say Season 3 Will Be the Biggest Yet, Explain Why Netflix is the Perfect New Home 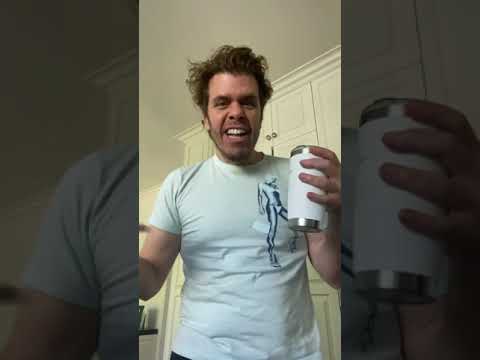 #When I Have The House To Myself…