We’ve already gone through some of the big stories that could be coming up for Deeks and Kensi individually on NCIS: Los Angeles season 12. Now, let’s just go ahead and talk about the idea of the two of them together.

Will season 12 be the season that the two of them start a family? We know that the decision was made last season that they were going to start preparing to have a baby, and the conversations that they had on the subject were so refreshing and genuine. It’s really not the sort of conversation we’re used to seeing characters have within this world, so there was something rather refreshing about it playing out in so frank a manner.

The pros for the two of them welcoming a kid into their family are rather simple. These are two smart, strong, and responsible people with a lot of love to give. It would also enable them to have a number of interesting new stories to tell. How do they handle their careers? Do they rely more on friends and family? Do they view the entire world differently? These are just some avenues, and then there are also others. If having a baby biologically isn’t something that happens for them, do they explore the idea of adoption? There’s a lot of inspiration the show could give families out there if they went in this particular direction.

So what are some of the cons? The biggest one that we can think of right now is the mere idea that the two of them having a baby or adopting could take away from other stories … but we don’t really think that it would. It’s all about balance! You can find a way to deliver some storylines on this and then also give exciting cases and everything else that is the bread and butter of the show. There are some series that have found a way to introduce kids and not change the DNA. It makes sense if you’re worried that a baby could mean either Deeks or Kensi steps away from the team — there have already been conversations around it — but we still believe that the writers will find a way to make things work so that the characters can still be around.

Hopefully, we’re going to learn at least something when it comes to Densi and their family plans early on when NCIS: Los Angeles returns … whenever that ends up being.

Related News – Be sure to get some more news when it comes to NCIS: Los Angeles right now

Do you want to see Kensi and Deeks together on NCIS: Los Angeles season 12?

Be sure to share right now in the comments! Also, remember here to stick around for some other information on the series. (Photo: CBS.)

Daredevil Rights Will Revert Back to Marvel Studios in 6 Months 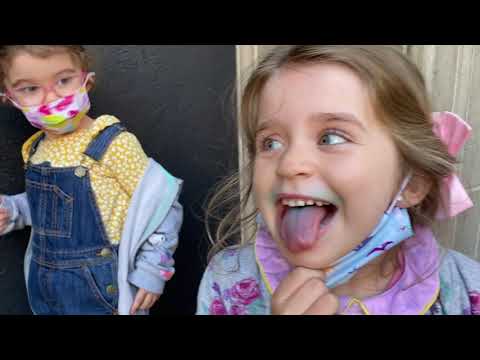 #My Daughter’s First Time At The Movies! And We Return To The Theaters!!!!! | Perez Hilton And Family #Josh O’Connor and Jessie Buckley on Playing the Famed Lovers