You’ve likely seen Kyle Bornheimer on any one of a number of shows — Breaking Bad, Casual, Will & Grace, to name a few — or in The Lovebirds or Marriage Story on Netflix.

And most recently, he stars on the HBO space comedy series Avenue 5 as Doug, one half of a bickering couple, which will return for a second season. Plus, he recurs on the NBC police comedy Brooklyn Nine-Nine as Amy’s (Melissa Fumero) ex-boyfriend, Teddy, who proposes every time he sees her.

“I do have an affinity for innocent lugs,” he admits to TV Insider. “People who are positive but not always the brightest light in the room.  … Obliviousness is just a very fun note to play in acting.”

Here, Bornheimer offer his take on the past and hopeful futures of Doug and Teddy.

Avenue 5 brought you and Jessica St. Clair back together on-screen.

Kyle Bornheimer: We’re very good friends, too, and we’ve known each other for about 10 years now, since She’s Out of My League. I was her boyfriend in Playing House, we’ve now been a married couple in Avenue 5. We know each other quite well personally and professionally, and so the first reaction with working with her on Avenue 5 was just pure excitement to be around a friend and to being in this particular environment. Jessica had worked with Armando before, and she knew how excited I was to work with Armando. Jessica’s one of the great improvisers in the world, on her podcast and on stage, and that’s [creator] Armando Iannucci’s thing. The actors come together, we work with the writers after they’ve turned in a script, we play around with scenes. We’re doing that with Jessica and the eight or nine other American and British actors that were there, all with varying experience with improv.

And I knew that I would be in good hands with Jessica. Jessica could carry any actor through improv scenes if they’ve never improvised before. Knowing we were going to be this unit there, this bickering couple, we couldn’t have been more thrilled. The parts themselves, the project itself, the people we got to work with, and being able to do it in Armando’s style was truly the most perfect thing that could happen for us, in terms of working together. It was never disappointing and really, really creatively fulfilling and personally fulfilling.

Doug and Mia’s relationship was a mess in the first season, but by the finale, they were trying to give the other the seat on the shuttle. What did you enjoy most about them?

The writers think through these relationships [and] all the different permutations and ways that they could develop through a season, and they do it in a very unpredictable way. We had lots of ideas of where Doug and Mia could go by the end of this, and we really let it come through the rehearsals and the writers developing those scripts from that. The writers and Armando are the complete storytellers here. We as actors in this process are helping them out. It’s a team effort, but it’s ultimately Armando and the writers taking all this stuff they learn from the rehearsals and developing them in this amazing way only Armando could do.

We were as interested as anyone how this was going to develop. What happens with great writers and you do it this way, even when you’re crunched for time, they tend to have this amazing storytelling. The stories themselves find either an amazing irony you weren’t thinking about or a circular nature like you saw with Doug and Mia.

By the end, you see something you had not seen in them, but you assume must’ve been there at some point in the relationship, which is a real empathy and sympathy for each other and “we’re in this together.” Obviously this couple got together at some point before they started hating each other. Maybe that was just their first date and never seen again, but you do see that. I had as much fun being an audience in this show, either during those rehearsals or on filming days, both to just see great actors work but also to see how stories would unfold. The idea of Karen [played by Rebecca Front] becoming this spokesperson for the passengers and then power playing her way up to this really important position was something kind of organic through the process but would twist and turn.

Just working with these great actors and learning from them. I kept a journal the whole time and was really fascinated by the American and British styles coming together, and we would talk about it quite a bit. Over the years, those styles have become less and less defined from each other.

And is there anything you can share about Season 2? Or your hopes for what’s next? They’re now stuck for years.

There’s been correspondence with producers, writers, and cast about them hard at work at Season 2. They were starting that the minute we ended, and there was a lot of things we left on the table in Season 1 we knew we would visit in Season 2. I can’t say much story-wise, but I can tell you this is a fearless writing crew that is more than brave enough to start things off in a really extraordinary way.

We had signed on for this amazing Armando Iannucci space comedy with people that we all really admired and were very excited and as Americans, got to go to London to film it, which was a really special part of it, but a few days in, we also realized the concept itself wasn’t just a really funny comedy set-up. As you probably saw watching the season, it ended up commenting on the current state of affairs in the world.

Story-wise, we realized, oh, being trapped with 6000 other people and maybe never being found for years and years and years again, you would think that actually closes possibilities, you only have this amount of space. But it actually opens up the possibilities. You can redefine yourself as a person. You can reunite with someone. You can take more chances as a human being. You can have a nervous breakdown and get out of it. All the different ways each character can go. All the different ways a relationship can go.

Last we saw Teddy on Brooklyn Nine-Nine, he was married and his wife was pregnant … and he still proposed to Amy again. I imagine his wife in labor and Teddy calling Amy to propose.

Yeah, he’s probably got some sort of prenup. There’s one out, if she says yes. What is it about Amy that brings that out in him?

It’s probably more about Teddy than her. Anyone can see the wonderful person that she is. When we first meet them, the way they approach their work and their attention to detail and their nerdy love for what to do is what brings them together. But Amy’s on her own journey on that show in terms of the opposites attract thing she has with Jake, who she eventually marries.

But in terms of Teddy, that’s what the writers started with, the simple thing of, how funny would it be if her boyfriend was almost exactly like her? His pining for her and his love for her obviously grows when he knows he can’t have her, and that’s heartbreaking for him.

What I love [is] there’s an obliviousness to him, where he has a lack of self-awareness that’s really funny in a different way, not that he’s necessarily an oaf, but there’s this smiling basic-ness that he has, that he’s not really aware of how wonderfully, gloriously basic he is, and I mean that as a compliment. Not only that, but then his obliviousness that she has moved on from him, and in his mind, they are still this perfect couple, played in this really light, comedic way. The writers always hit the right note with that, the perfect amount of time to spend with Teddy and on Teddy with that. If you were to break it down anymore, it would be quite disturbing how much he’s in love with her.

We’ve also seen Teddy audit the precinct and be the commander of the bomb squad. What else would you like to see him do when he shows up next?

What’s been fun the last few times is now the writers are having a real fun time being surprising with how Teddy shows up. The fact that he’s in the bomb squad and actually in that particular case, holds sway over the circumstances and can almost bend the circumstances his way to compel Amy to either spend more time with him or appreciate him more, I like the way they flirted with the idea of him manipulating a really dire circumstance for his own pining for Amy. The last episode, there’s a great, clever surprise how he’s revealed as well.

It’s going to be fun to see whenever the writers want Teddy to come back. That’s going to be a fun challenge they give themselves, how can we make this the most surprising or unwelcome appearance by Teddy? 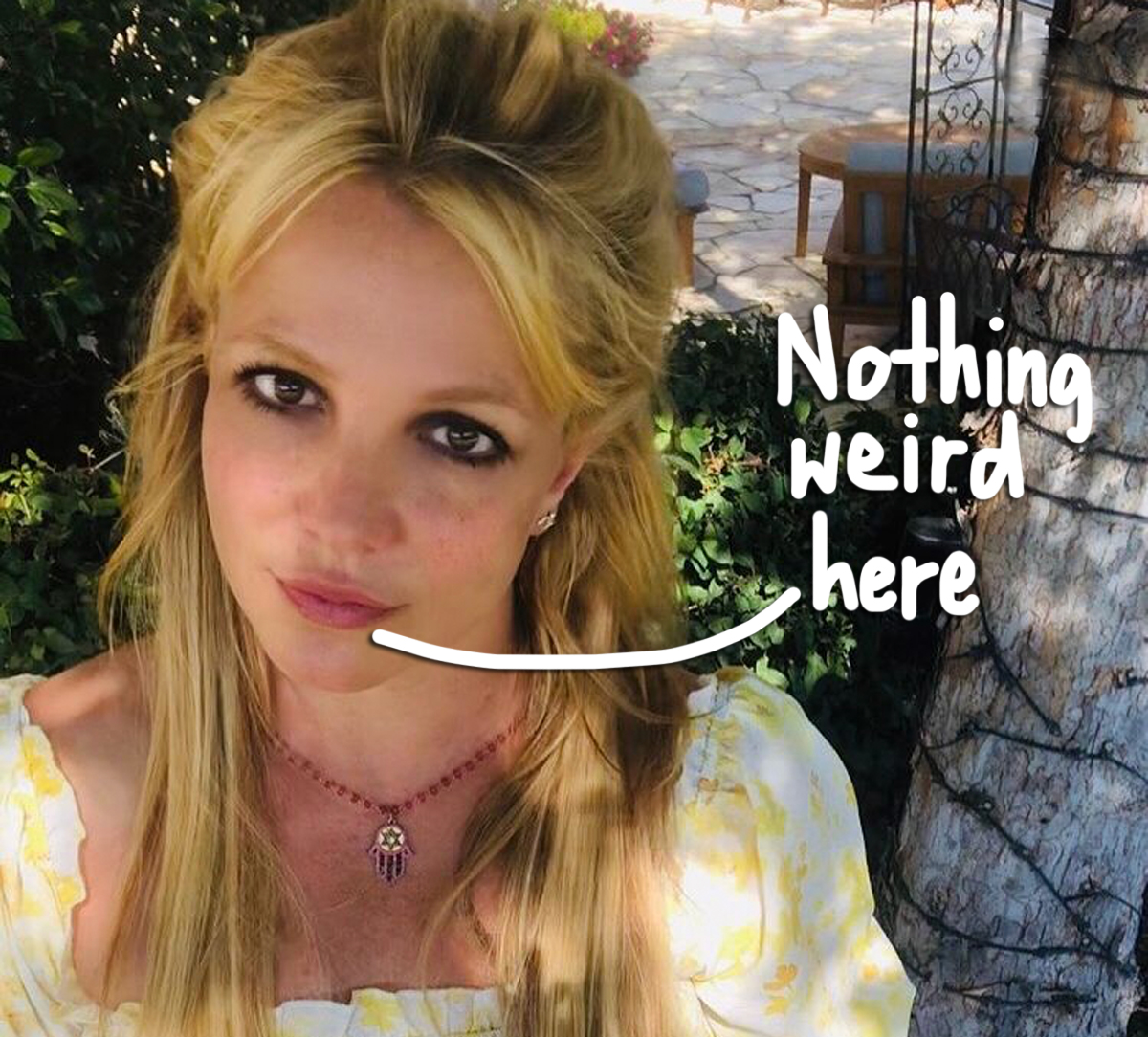