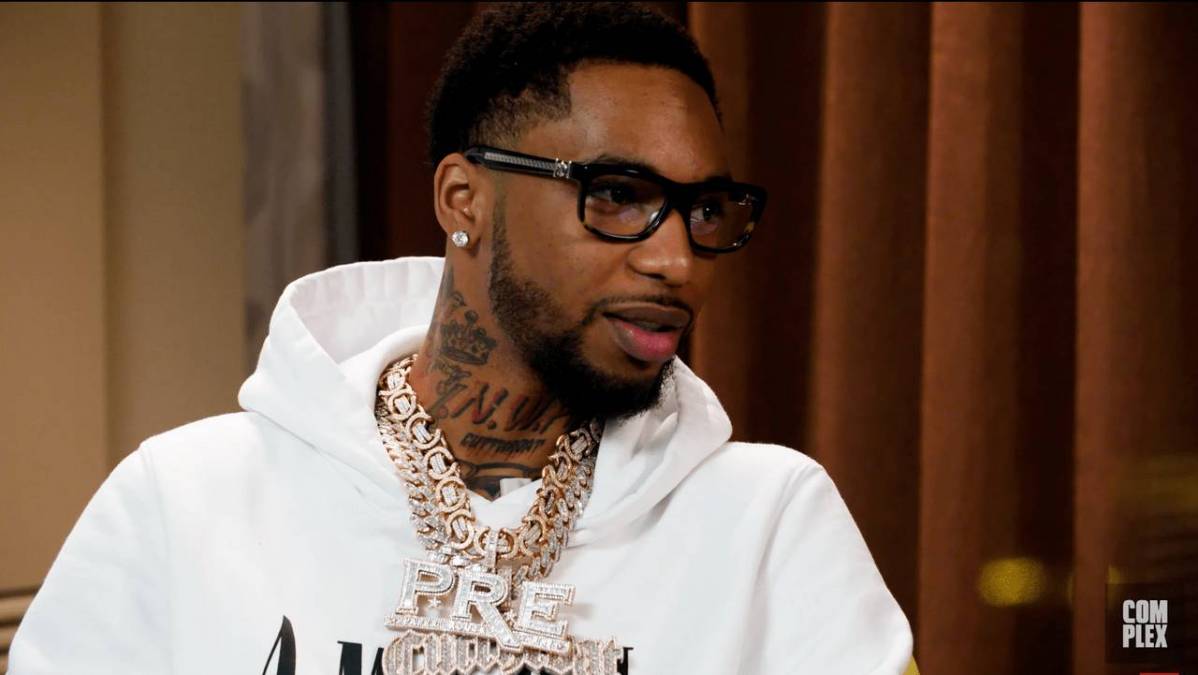 YouTube
As Key Glock continues to mourn the unexpected loss of his cousin and close collaborator Young Dolph, the Memphis rapper paid homage to his fallen family by performing one of his songs during a stop on his Yellow Tape Tour.

During his performance in Fort Wayne, Indiana on Monday (April 18), Glock took a break from performing his own songs and performed Dolph’s triumphant hit “100 Shots,” which was penned in response to a failed attempt on Dolph’s life that occurred in 2017.

The Paper Route Empire head had been in Charlotte, North Carolina for the Central Intercollegiate Athletic Association (CIAA) Tournament Weekend when his SUV was shot at over 100 times and he walked away without a scratch. He went on to perform with Migos and 21 Savage at a CIAA-related party at Charlotte’s Cameo Night Club later that evening.

Glock’s interpretation of the track had the crowd going wild, with the Memphis rapper then pivoting into Dolph’s 2014 track “Preach.” Fans aggressively rapped along to every word of the latter, which allowed Glock to just enjoy the moment.

Young Dolph was tragically gunned down in his hometown of Memphis at Makeda’s Cookies in 2021. Outside of a few heartbroken Instagram posts, Glock remained relatively quiet on his mentor’s passing. He finally spoke about the incident for the very first time in an interview with Complex on April 5.

Glock is currently in the throes of his Yellow Tape Tour, where he still has shows scheduled for Detroit, Chicago, Los Angeles, and Phoenix among others. He also dropped off the deluxe edition of his Yellow Tape 2 project on March 25, which included 10 new tracks, bringing the album’s total count to 30 tracks.