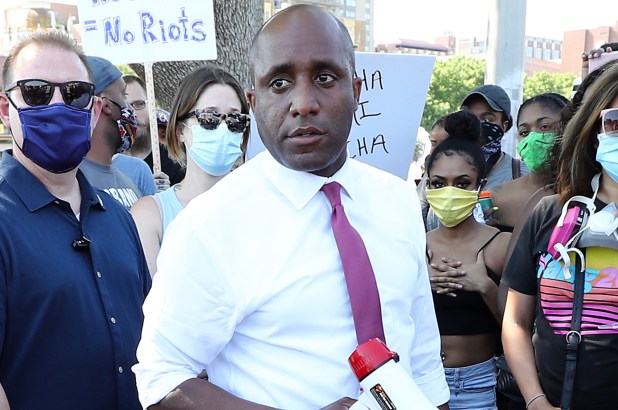 The mayor of Kansas City, Missouri, said he had no idea President Trump had planned to send federal officers to his city until he read about it on Twitter, NPR reported Thursday.

President Trump and Attorney General William Barr on Wednesday announced they would be sending 200 officers to Kansas City — in addition to hundreds more being deployed to Chicago and Albuquerque, New Mexico — as part of an “Operation Legend” initiative to fight violent crime.

“I learned about Operation Legend from actually someone on Twitter who had notified me that it was occurring,” Mayor Quinton Lucas said. “Then I looked at a White House press briefing that had announced that it was, I guess, already in the works.”

Named after LeGend Taliferro, a 4-year-old boy killed in Kansas City in June, Operation Legend will begin in those three cities and will be expanded to others in the coming weeks, according to Barr.

“These are ‘street’ agents and investigators who will be working to solve murders and take down violent gangs,” Barr said during the briefing.

Lucas told NPR he didn’t request the officers but that he was open to federal support in tamping down gun violence in the city.

“I would have liked to know more about what the operation looks like,” he said.

But the mayor was worried that the federal agents would eventually move to use similar tactics as those currently in Portland, where federal officers have been criticized for “kidnapping” protesters and deploying tear gas against them.

Barr told reporters Wednesday the agents under Operation Legend differ from the teams sent into Portland.

“We will continue to confront mob violence,” Barr said. “But, the operations we are discussing today are very different; they are classic crime-fighting.”

The office of Chicago Mayor Lori Lightfoot, who spoke with Trump over the phone about the operation, said the officers would only provide additional investigatory resources to help solve violent crimes.

#Ben 10 Vs. The Universe: The Movie Trailer Goes Interstellar at Comic-Con

#Bradley McDougald excited to be joining the Jets