“#‘Into the Unknown: Making Frozen 2’ Added Even More Pressure to Creating a Hit Disney Sequel”

Into the Unknown: Making Frozen 2, a six-part documentary series about the final year of production on the hit animated sequel, arrives today on Disney . As you can read in our review, the series provides one of the most in-depth looks behind the scenes of making a feature length animated movie. That means cameras were following everyone during some of the most intimate, vulnerable moments that aren’t typically seen by the general public. Naturally, that added even more pressure on top of what the filmmakers were already dealing with.

The opportunity to get such an extensive look behind the scenes at a Disney movie of this scale started back in 2014 when director Megan Harding was working with Lincoln Square Productions on a TV special looking back at the success of the original Frozen one year after it was released. They realized how amazing it would have been to have cameras rolling for all the stories they heard about making the first movie, and that’s where the opportunity to follow production on Frozen 2 came from.

During a virtual press conference for Into the Unknown: Making Frozen 2, Harding recalled:

“We wanted to make something that was very different from the traditional behind the scenes special. It had to be true, it had to be honest, and it would tell you how animated movies are made. But more than that, it was really about [showing] creativity is really hard. These movies don’t just come out fully formed. They are hard-won by many talented people. That meant that people had to be honest, and brave, and fearless when we came by, which everyone was, even when I’m sure they really didn’t want us there. It was really extraordinary to witness, across the board, people allowing us into that process.”

Frozen 2 producer Peter Del Vecho was very interested in having the collaborative process captured on film, if only so audiences could get a better idea of how a movie like this is made. Del Vecho said:

“There was something about starting the process again, I almost wished we had documented the first film, just for people to see the collaborative nature of what we do. You get to see the animators, the lighters, the effects artists, all the departments, everything together that has to work like clockwork to make the film. Most people don’t understand the number of people it takes and the hard work it takes to put these films together. Initially, that’s what we wanted to show the world. Although, I will say, be careful what you wish for sometimes. Because actually having them there that year was a tough process.”

In total, Harding and her crew shot for 115 days and recorded months of footage that had to be whittled down to just six episodes between 35 and 45 minutes each. The director says that after some time passed, they felt like they were just part of the furniture, but there was definitely a period of adjustment for songwriters Kristen Anderson-Lopez and Robert Lopez. The first half of the married songwriting duo noted that they didn’t truly know what they were getting into until the cameras arrived:

“When it was happening, we didn’t quite realize that when we said, ‘Sure, that sounds fine,’ that it would be so weird when a camera showed up. We write in an apartment in Brooklyn. We were Zoom workers before Zoom workers were a thing. We’ve been Zoom-commuting for 10 years now. Some days, we don’t put on real pants. This isn’t new for anybody else, now that you’ve been in a pandemic. That was how we lived before a pandemic. So to have people come up and want to film us, there was nothing to film.”

Robert Lopez was equally as thrown by the crew’s arrival, as he noted, “They didn’t just bring one camera. They brought like three cameras and a sound guy, and they just had a lot of stuff. For us, songwriting is a very private thing that happens between and man and a woman.”

Kristen picked up right where he left off by adding, “When two people love each other very much, they go into a room, and they start playing the piano, and they give birth to a song. It felt like having cameras there for other private things you might do.”

Frozen co-star Josh Gad was also a little uncomfortable about the cameras being there for his recording sessions, whether it was for singing or dialogue. Gad explained, “My Frozen process is so intimate, and when I’m creating music or lines for Olaf, our brain trust needs to be like [in private] or I start to feel a little naked, and I can’t experiment and play.”

One of the more revealing aspects of the documentary comes from watching co-directors Jennifer Lee and Chris Buck try to make the “Show Yourself” sequence work in the movie. It’s a long process that required a lot of shifting and reworking from pretty much every department, and being in the story room figuring that out was what stood out to Lee as the most worrisome time to have cameras pointed at them. Lee said:

“The hardest room to have them in was the story room, because that is where you’re the most vulnerable. It’s very intense. But then I’d get excited that they were in animation, because ‘Oh, they’re gonna show you stuff!’ Some parts were really fun because you knew they were gonna get to see how something was brought to life. They were very patient with us, with our moods in the story room as we’re trying to make everything add up right.”

That’s exactly what makes Into the Unknown: Making Frozen 2 so fascinating. It doesn’t veer away from the hardships that come with making a movie like Frozen 2, and it shows all the frustrations behind the success. For actress Idina Menzel, who only gets to see a fraction of the making of this movie while working on it, watching the documentary opened her eyes to the complex process. Menzel said:

“What I loved watching this was how vulnerable Jen and Chris or Kristen and Bobby would make themselves in these creative processes. Just knowing, as actors, getting on stage and doing what we do, it’s just so terrifying to bring ideas and have to sit there with all those people in a room criticizing. You’re so brave to do that and to throw your heart in it and to remain open to allow the work to keep progressing. I’m so lucky you all have each other, because you support each other in such a beautiful way that I don’t think is always the case, at least in a lot of projects that I’ve been part of. It sets a really good example for people to see this documentary, to see what it’s like to love the people you work with, and how their ideas, whether they end up sticking or not, everyone’s in a very safe place.”

As for whether or not everyone will reunite Frozen 3, Chris Buck simply says, “We’ll see.” But Kristen Anderson-Lopez playfully added, “When there’s a vaccine [for COVID-19], well start trying to talk about Frozen 3.” Jennifer Lee quickly added, “I just want to add that this is all news to me.”

It’s going to be some time before we hear anything about Frozen 3. For now, enjoy watching them work diligently to bring us what is now the highest grossing animated movie of all time with all six episodes of Into the Unknown: Making Frozen 2, available on Disney right now. Watch the trailer right here.

#Tyra Banks Defends Herself Following Controversial Dancing With the Stars Moment: I Didn’t Do Anything Wrong! 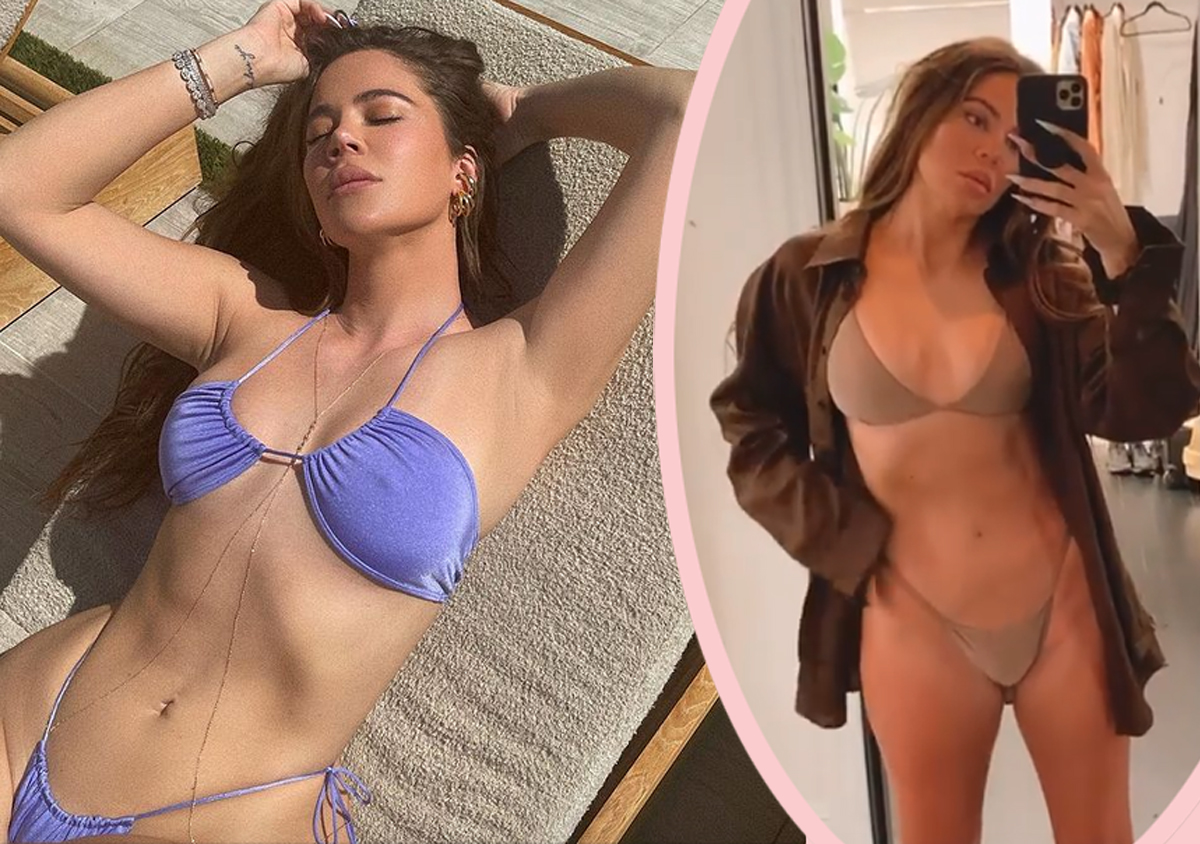