The Post’s Joseph Staszewski brings you around the world of professional wrestling every Tuesday in his weekly column, the Post Match Angle.

CM Punk got everything he wanted and then tried to burn it to the ground in a press conference for the ages – only to take a torch to his legacy instead.

All Elite Wrestling will survive and thrive long after Punk, if this is it for him, but can we say the same for the man himself in pro wrestling? Is this really how CM Punk wants to go out and be remembered?

Punk, like a great philosopher, laid out in theory in previous promos and interviews what AEW would become – a place where pro wrestling is celebrated, where the wrestlers have a large say in what goes on, and isn’t run by Vince McMahon or members of his family.

The self-proclaimed “Best in the World” didn’t do anything other than plant that seed and leave it to others to do the work and take the chances to make it a reality during his seven years away from the business. (While AEW was getting off the ground in 2019, Punk was trying his hand as a wrestling analyst on Fox’s “WWE Backstage.”)

It was the Young Bucks, Kenny Omega, Cody Rhodes and their Bullet Club friends who started a movement that became “All In.” Its success unlocked lifelong wrestling fan Tony Khan’s money and passion for booking.

Punk jumped on the rocket ship long after AEW was a proven commodity and Khan and the company rolled out the red carpet for him, gave him plenty of money and a hero’s welcome for his return at the United Center. From there, the yearlong lovefest was on. While Khan, the fans, FTR and some of the younger wrestlers sang Punk praises, other talents such as MJF, Eddie Kingston and “Hangman” Adam Page tried to tell us the Punk we were seeing isn’t the total picture of the man. There is that angry, grudge-holding side that always seems to show its face, and has once again.

The true Phil Brooks probably lies somewhere in between.

Maybe it was the frustration of reportedly being seriously injured for the second time and the looming rehab into next year after winning the AEW world championship again with zero successful defenses. Maybe it was anger at The Elite and reports – that Khan previously went on record to say were not true – that Punk had a hand in best-friend-turned-enemy Colt Cabana losing his spot in AEW. But Punk came to the All Out press conference – with AEW already on some shaky footing internally — looking to lash out and tried to take everyone down with him in maybe his last moment in pro wrestling.

Punk trashed the wrestling media, Cabana, the EVPs’ leadership with claims we don’t even know to be accurate, Page’s professionalism and Khan’s decision-making and booking by calling MJF and Hangman “pricks.” It came off as whiny, ungrateful and downright mean. This is from the same man who said his locker room door is always open, and then didn’t look to have this conversation behind closed doors. He embarrassed his boss and eviscerated members of the same locker room in which he was supposed to be a leader and mentor.

It somehow got worse as things turned physical with punches, chairs being thrown and biting between The Elite, Punk and Ace Steel. Thankfully Omega was smart enough to keep any harm from happening to Punk’s dog Larry in the process, but Punk had already done enough to himself and legacy by then. Khan was right to suspend all involved and strip them of their respective titles. He really had no choice. The next decision is whether to fire Punk or let him bow out on his own should he so choose.

While I’m sure Punk had some sincere good intentions upon joining AEW, the “Voice of the Voiceless” reverted back to his old ways. It may end up being too much for Punk to come back from in pro wrestling – unless tempers cool down once he’s healed and he’s willing to swallow his pride and show true remorse. But does that really sound like Punk?

Maybe Phil Brooks needs to look in the mirror. If he doesn’t, this run will go down as one of the biggest “what ifs” in wrestling history thanks to injuries and ego. We will never know what Punk-MJF was going to be or see Punk wrestle Omega.

Can he go back to WWE? That company was and is doing just fine without him, doesn’t need the potential headaches and there are a lot of burned bridges to rebuild.

Because let’s face it, Punk is an expendable talent now. The Elite, whose name is truly on the marquee every night, are not. And if they do leave eventually because of this, then Punk has damaged far more than himself.

The company they built was thriving long before Punk got there and if Wednesday’s “Dynamite” is any indication it is just fine without him. Because on that show AEW’s real leaders – Jon Moxley, Chris Jericho and Bryan Danielson – led on-screen and reportedly off of it. Its breakout star, MJF, reminded everyone just how good he is. And Moxley, who was supposed to be on vacation and has truly been AEW’s MVP, came back to pour his heart out to the audience and the locker room about the company and its world title.

That set a tone for a show that truly lets some light through the dark clouds that had been around AEW. Maybe the conflict and Punk’s departure, at least for a while if not for good, will rally a roster and company that seemingly needed something to bring it together again.

AEW’s story is still being written. CM Punk can’t let this be the end of his, can he? Because if it is, he proves everyone right who spoke negatively about him right in the most public way. He’d go out a bitter and angry man with no one to blame but himself.

If that is what he wants, then good riddance.

Good to see WWE hasn’t potentially lost its desire to take some jabs at AEW under Triple H, saying during “SmackDown” it won’t comment on the Ronda Rousey-Adam Pierce situation where “dirty laundry” was aired in public until an internal investigation is concluded. Speaking of Rousey, WWE made her look pretty strong going into her rematch with Liv Morgan by having her pretty much eliminate everyone in that fatal five-way. It also continued laying the groundwork for her teaming up with friend Shayna Baszler. I expect them to be “breaking bones” together starting with Morgan’s at “Extreme Rules” in a match that will need a stipulation.

So Dominik Mysterio basically left Miyagi-Do and joined Cobra Kai with Rhea Ripley as his Terry Silver/John Krease. The end of “Monday Night Raw”, despite the DQ finish, made The Judgement Day feel as important and as fearsome as it has in a long time as they beat down Edge.

MJF’s promo on Dynamite was absolutely brilliant. It gave you a taste of the babyface version of him we may had seen in a feud with Punk and used that to relaunch the heel with nuclear heat threatening to go to WWE. Give me Jon Moxley vs. Bryan Danielson in the tournament of champions final with MJF cashing his match in on the winner and becoming world champ.

I’m starting to join the group of fans that think it’s time to break Darby Allin and Sting up. Allin was one of the best things going in AEW early and has fun moments and matches with Sting. But it feels time for Allin to get a great singles story – even if it’s turning on Sting. Maybe AEW can use his tournament loss to Sammy Guevara as a catalyst for something new.

It feels like if Sasha Banks and Naomi are coming back, it won’t be for a while. Too many stories are moving forward without them right now and you didn’t put the women’s tag team titles on Iyo Sky and Dakota Kai to have them lose anytime soon. Until then, they will just continue to do a phenomenal job building their worth outside WWE such as with their New York Fashion Week appearance.

Solo Sikoa got an excellent roll out on SmackDown outside not really holding his own against Drew McIntyre in the main event. Playing a hype video with clips of him from NXT during his entrance was a nice added touch and something WWE should considering doing in the future for others. It helps maximize TV time.

NXT may have its next Johnny Gargano and Tommaso Ciampa-like story with Cora Jade and Roxanne Perez, who at 20 looked damn impressive in her match with the legendary Meiko Satomura.

I get WWE wanting to “fade to black” as Karrion Kross choked out Drew McIntyre to end SmackDown, but the color change made Kross’ appearance feel much less spontaneous.

I’m not sure anyone had Action Bronson wrestling a match in 2022, but pairing him with Hook is his hometown of Queens at Grand Slam is exactly the type of crossover stuff AEW needs more of put eyes on the young star and the product.

Kevin Owens may be the best thing on WWE television right now. His promo on Austin Theory just being the latest example.

Man, it’s great to have Johnny Gargano back in the ring again.

Wrestler of the Week

Garcia, 22, had arguably the biggest moment of his AEW career by defeating rival Wheeler Yuta in an excellent “pro wrestling” match for the Ring of Honor Pure championship in his hometown of Buffalo last week. On top of that, he has the belt put on him by his hero Danielson – who is set for an All Out rematch against Jericho, Garcia’s “mentor,” this week in the world title tournament. Garcia keeps making the most of his opportunity.

SmackDown: The Street Profits vs. The New Day vs. Alpha Academy vs. Los Lotharios in a No. 1 contenders match (Friday, 8 p.m., Fox)

Not only is it pretty much guaranteed these four team will put on a heck of match, but the winner will not only give us a clearer picture of the tag team title scene but potentially Survivor Series as well. With Roman Reigns holding both world championships, WWE may need to get creative. So a Street Profit or New Day win could mean the teams also find itself in a Survivor Series match against the Bloodline

Major League Wrestling announced a partnership with Range Sports, which will help develop content opportunities around Court Bauer’s brand. The initiative will be led by Will Funk, former executive vice president at WarnerMedia.

#Atenció! TNW is bringing its conference to València in 2023 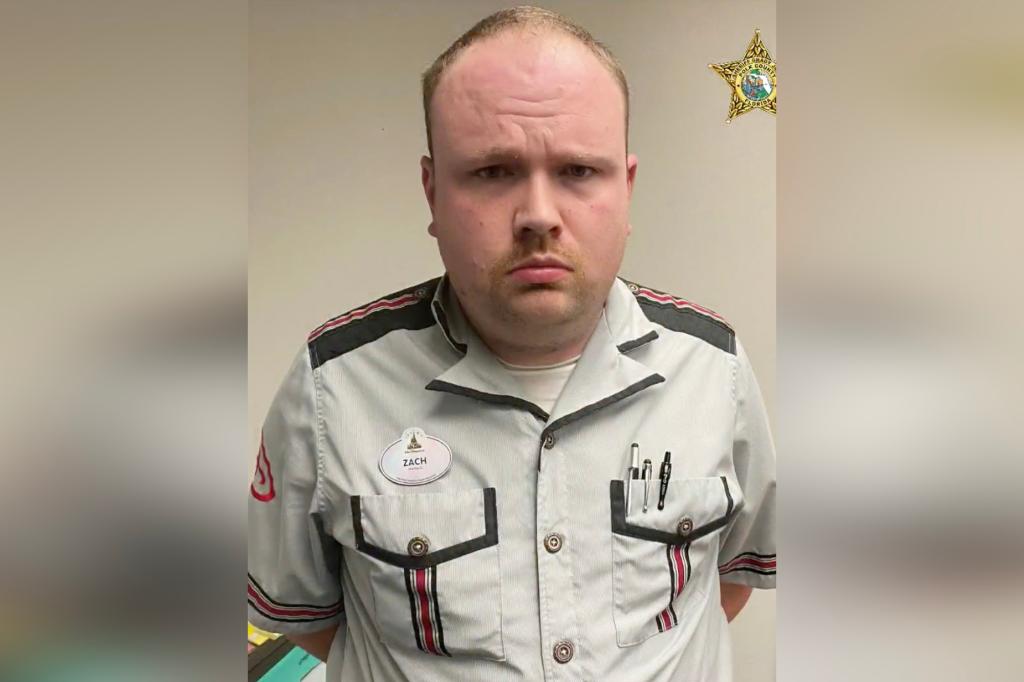 #James Bond producer Barbara Broccoli says 007 ‘will be back’ 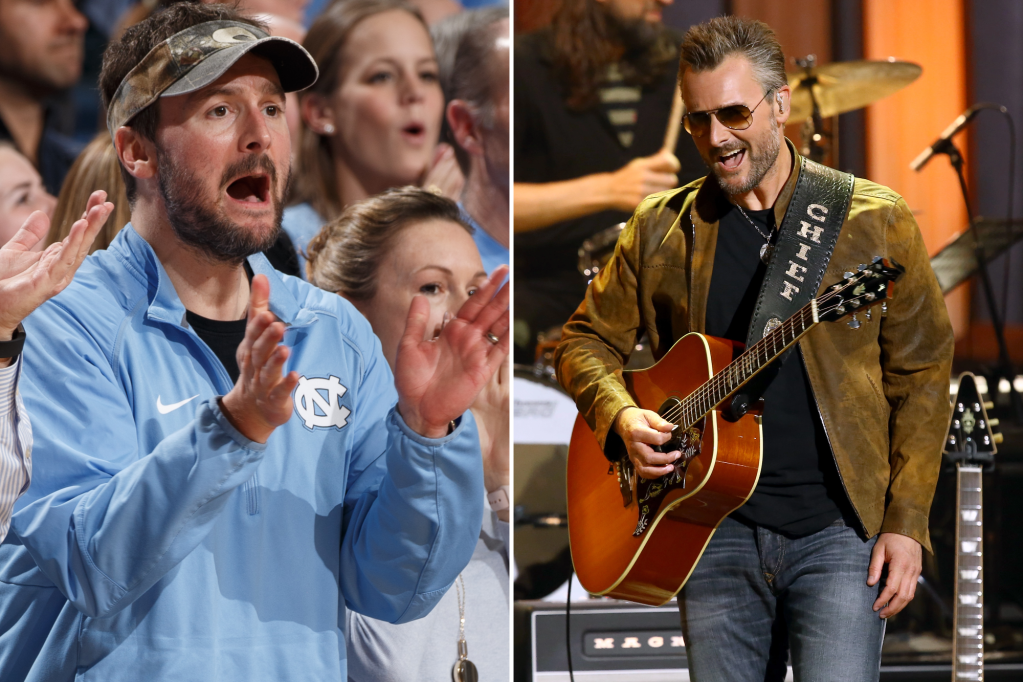