In early October, two weeks ahead of Warner Bros. Home Entertainment’s Oct. 18 physical release of Scooby-Doo Trick or Treat!, the animated feature had already drummed up a wave of online attention.

While watching the direct-to-video’s digital debut, eager fans learned the movie had done something that only a few previous creators in the Scooby-Doo universe had publicly even attempted to do in the franchise’s five-decade history. Director Audie Harrison had given Velma a female love interest with Coco Diablo, a woman of color and the fashionista behind all your favorite Scooby-Doo villains.

“The creation of Coco Diablo was at first just a nice way to streamline some of the ideas in the story, but we quickly realized the dramatic and comedic potential of Velma crushing on a villain,” says Harrison about the creative mechanisms behind queering Velma and her love interest. “The villainous head of the costume crime syndicate and Velma’s crush were two different people, but as soon as we combined them into one, we realized the comedy gold that could emerge from such an awkward complication.”

With the Trick or Treat film, the iconic character portrayed not just romantic interest in someone — a general rarity for the nerdy teenage detective — but someone other than a man. Alongside the movie cleverly toying with the franchise’s longstanding treatment of Fred as the leader and Daphne as the damsel, Velma’s storyline was driven by the director’s desire to explore the “comedic potential of these classic characters” and inspired by live-action comedy from Airplane! and The Naked Gun.

“Putting Velma through a gambit of emotions while struggling to flirt with her while at the same time defending Coco’s suspicious activities to the rest of Mystery Inc. was irresistible fun to be had,” says the director, whose credits in the Scooby-Doo universe also include animating for the live-action Scooby-Doo 2: Monsters Unleashed.

The movie, which screened for fans in person a few days later at New York Comic Con, would see its historic moment quickly followed by another: the first look at the Mindy Kaling-led HBO Max animated series Velma.

Premiering to an excited audience at the country’s largest East Coast pop culture and entertainment convention, fans were offered a taste of how the upcoming adult animated comedy intended to handle the first Southeast Asian iteration of Velma. It was a move based on Kaling’s own love for the character and a personal belief that “in no way is the gang defined by their whiteness, except Fred” — a notion that garnered supportive audience laughter.

Kaling and executive producer Charlie Grandy would also reveal during the 30-minute Q&A that their series would explore Velma’s sexuality. Though the duo remained largely tight-lipped about how that would play out, the Velma voice actress and EP ultimately did address the “love quadrangle” in the room after the first episode’s airing.

“I don’t want to give any spoilers away but a lot of the characters have sexual tension with Velma, which is fun,” she said. “The journey of self-discovery for her is something that really drew us to this story and this character. So we want to honor other interpretations of what we think feels really modern.”

When it comes to how much the show intends to focus on those identity-based elements narratively, Grandy notes there will be “a cultural distinctiveness but with a really light touch.”

While historically significant, Harrison, Kaling and Grandy’s Velmas aren’t the first or only instances of the franchise portraying the character’s racial or sexual identity as something other than white or straight on or offscreen.

The 2020 theatrical release Scoob! saw her voiced by Golden Globe winner and Puerto Rican actress Gina Rodriguez. And in the late 2000s, actress and singer Hayley Kiyoko, who is half-Japanese and has since publicly identified as a lesbian, played the sleuthing teen in two made-for-TV, live-action Cartoon Network movies, Scooby-Doo! The Mystery Begins and Scooby-Doo! Curse of the Lake Monster.

The nature of Velma’s sexuality was also of interest to James Gunn, who wrote the Raja Gosnell-directed 2002 live-action Scooby-Doo film. Gunn has repeatedly pointed to his own unsuccessful efforts — acknowledged at the time of the film’s initial release — to make Linda Cardellini’s Velma a visible lesbian onscreen. And in 2010’s Scooby Doo: Mystery Incorporated, Velma was written as a lesbian with an onscreen crush, according to the TV series’ producer Tony Cervone.

However, both the Halloween film and upcoming streaming series are the clearest indications that the long-running franchise sees diversity and inclusion tied in some way to its continuation. It also points to the power of Velma, in particular, as one of its best vehicles for doing so.

“I think Velma is so relatable to so many different people because she is the only one in the gang who is not objectively ‘cool,’” Harrison says. “Fred is confident and handsome. Daphne is bold and beautiful. Shaggy and Scooby are a couple of laid-back, chill dudes (when they’re not being terrified by monsters). But Velma is a bit of an oddball. She can overthink and obsess about things, is socially awkward, self-conscious and always losing her glasses.”

“Velma is also a genius at what she does and totally owns who she is,” he continues. “So, in many ways, she’s the most real and admirable character out of the bunch.”

During the NYCC panel, Kaling expounded on how because of Mystery Inc.’s lack of cultural specificity — being a group that’s defined more by their tropes and roles than anything else — she was able to see herself more in the character.

“I always, growing up, identified with Velma. She was so cute but not traditionally hot — [she was] super-smart [with] super-thick glasses, a questionable haircut,” Kaling said. “I think most Asian American girls may see this skeptical, hardworking and underappreciated character and they can identify with her.”

For Grandy, Velma’s characterization “was the one that was the most defined,” but not in a creatively constricting way.

“I watched the original and there’s some canon, but they’ve reinvented it. So it’s not like you’re doing Batman. That gave us a little bit of freedom,” the Velma EP says. “And I think everyone has that feeling of ‘I’m the one doing all the work. I’m the smart one, but I’m not in the front seat. Fred and Daphne are in the front seat. I’m in the back seat with Shaggy and the dog.’ It’s not only aspirational. It’s relatable.”

While Velma is a character that all three acknowledged is easy to superimpose oneself on, it’s her personality and role within the group coupled with comedy that also make her so attractive narratively.

“From a comedy standpoint, it’s such a great character. Velma is the smartest person in the room, but no matter what gets no credit,” Grandy explains. “So what would it be like to do an origin story of that person when they were still pretty rough around the edges, before everyone in this gang was getting on, when they could still be wrong from time to time and could be a little bit flawed?”

While Harrison acknowledges that there is a danger in “meddling” with the “magical formula” of Scooby-Doo too much, he does note that the franchise and Velma’s ability to endure generationally and cross-culturally may be tied to the IP’s potential to evolve.

“It might be impossible to pinpoint what makes the characters of Scooby-Doo so enduring. Maybe it’s the appeal of their character designs. Maybe it’s their loveable personalities. Or maybe it’s the right combination of fun and spookiness. Or that it’s all just so darn groovy,” he tells THR. “Whatever it is, I think that these characters are so ingrained into our culture that the only way to keep them fresh and exciting is to see them evolve through different interpretations.”

#When will the documentary continue on HBO? 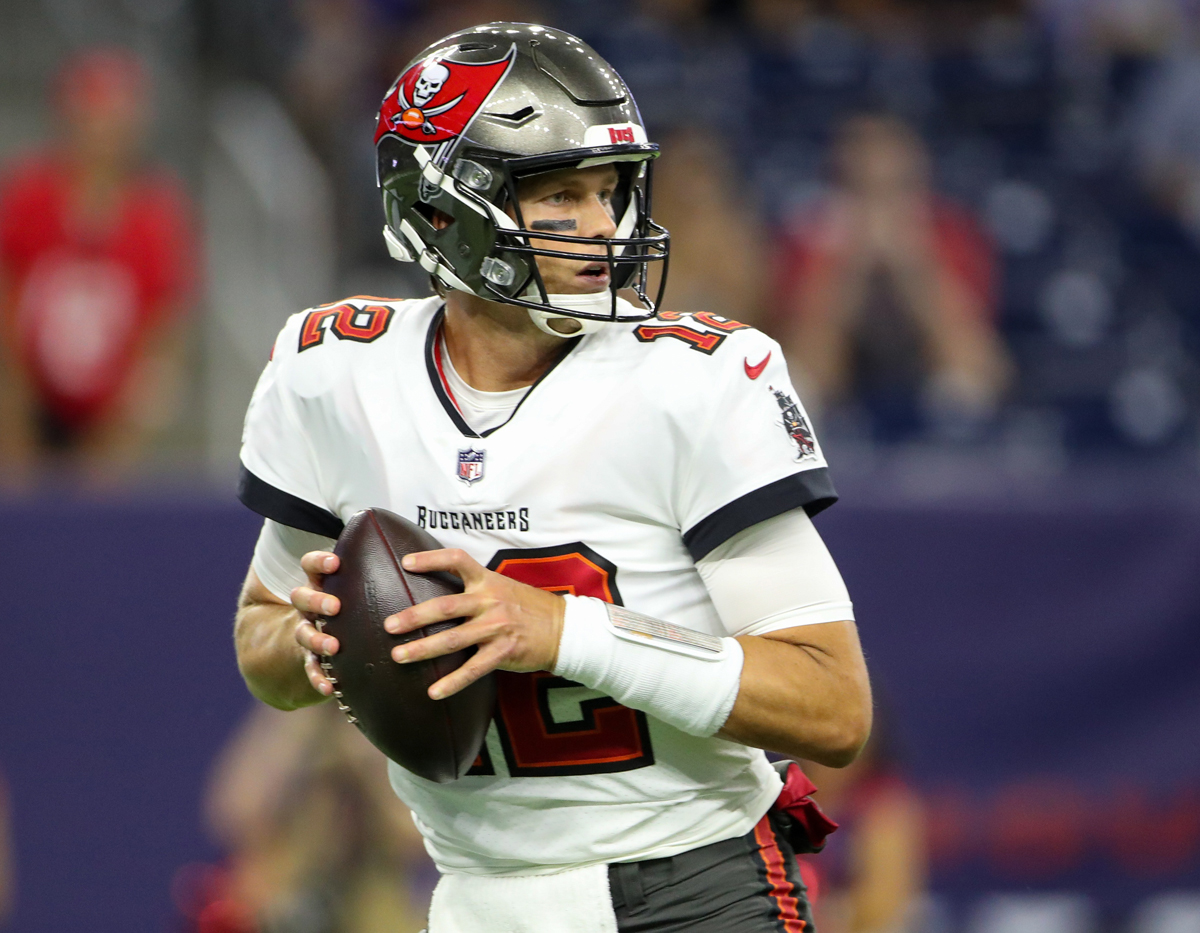 #Tom Brady Is Officially Retiring From The NFL After 22 Seasons! 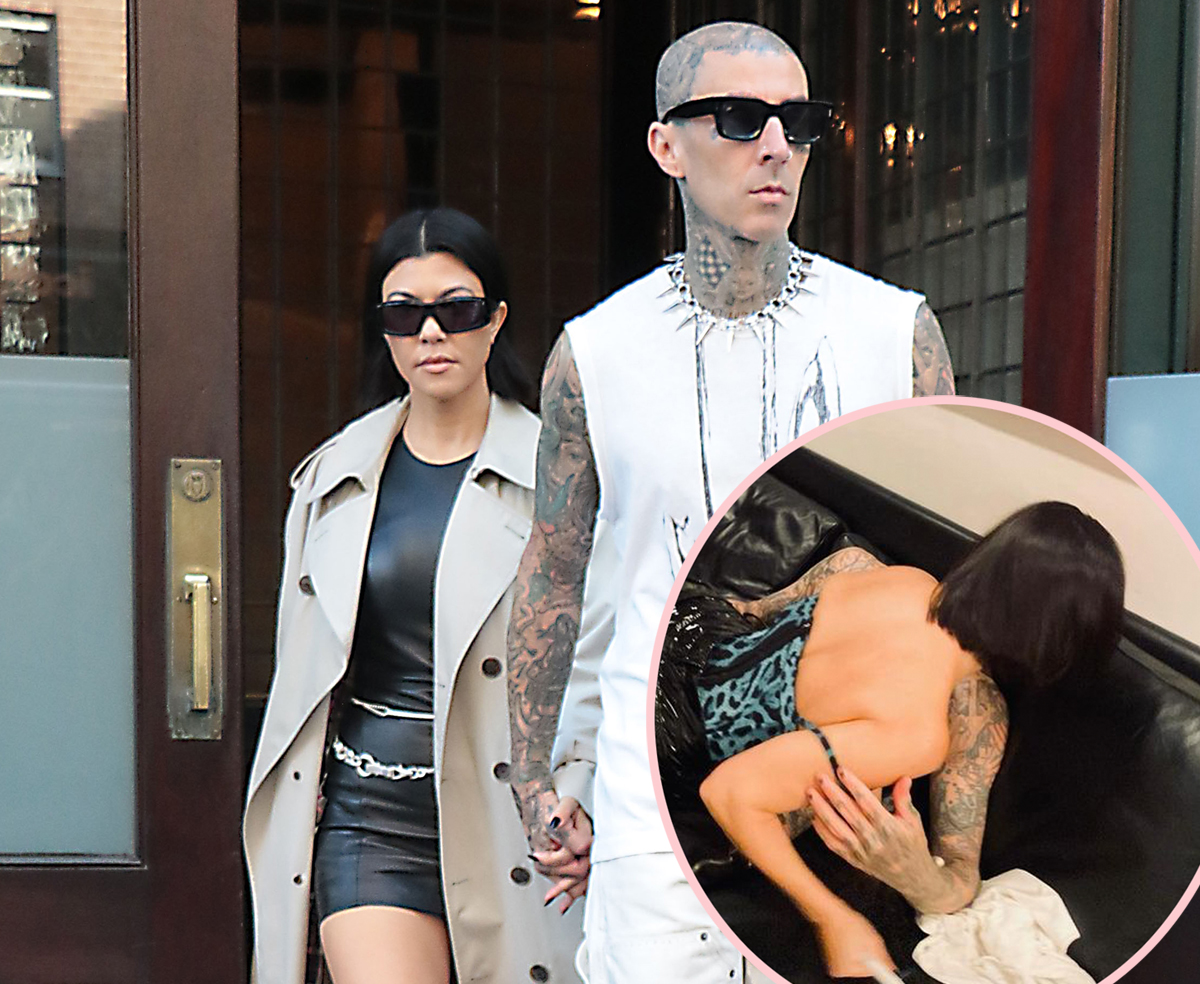 #Kourtney Kardashian & Travis Barker Make Out Yet Again — But This Time Backstage At SNL!