We did not think this story could get worse, but these details paint a clearer picture of the alleged crimes of Josh Duggar — and that picture is almost unimaginably disturbing.

During another court hearing, the 19 Kids and Counting star appeared via Zoom to face the charges against him. On Tuesday, he had requested the judge “release him on bail subject to a combination of conditions of release that will reasonably assure his appearance at trial and the safety of the community or any other person.” His lawyers filed a motion saying:

“Duggar is requesting that this Court permit him to return home to his immediate family during the pendency of this case. The residents of his home are his wife (who is pregnant) and their six children.”

Previously the court had ruled he would be held without bond, but his defense team is arguing he deserves bail because he is “neither a risk of flight nor a danger to the community.” Um, we’ll get back to that second one…

As far as him fleeing trial? Well, he argued that he was too famous to be a flight risk — for real. According to People, his team’s motion read:

“Duggar has a widely-recognizable face and has spent the majority of his life in the public spotlight — making any concern that he is a risk of flight all the more unwarranted.”

OK, let’s not go crazy here, he’s not Taylor Swift. It’s not like every airport employee is going to know who he is and to stop him if he decides to zip off to the Cayman Islands with a sweaty handful of TLC money from daddy.

But we’re more hung up on that other part — about how he isn’t a danger to the community. How is that exactly?? Do y’all know what he’s accused of here?!?

This time, an agent from the Department of Homeland Security — yeah, it’s that serious — took the stand to explain to the court exactly what Josh is being accused of.

According to Special Agent Gerald Faulkner, the 33-year-old downloaded files depicting the sexual abuse of children over three separate days in May of 2019. The files were originally flagged by police in Little Rock and then traced to Duggar’s IP address, specifically to his work computer at the Wholesale Motorcars dealership.

Ultimately over 200 separate images of children were found. Faulkner said one file contained the sexual abuse of an 18-month-old child. The agent described the images as being “in the top five of the worst of the worst that I’ve ever had to examine.” 18 months old. That’s the kind of sick thing we’re talking about here, and he has the gall to say he isn’t a danger to the community? And to claim he needs to be let go so he can be with his own very young children and pregnant wife?! Ugh.

Thankfully the judge already ruled that even if Josh is allowed bail, he won’t be able to stay in a home with minors.

The federal agent went on to describe the actual arrest, and well, it’s pretty jaw-dropping how obviously guilty it makes the man sound. Faulkner claims agents visited Duggar’s place of work as part of their investigation and before they could even tell him what it was about, he “spontaneously” blurted:

“What is this about? Has someone been downloading child pornography?”

Faulkner also said the investigators asked Duggar, who has since pleaded not guilty btw, point blank whether he had seen the material in question, and he answered:

“I’d rather not answer that question.”

Oof. But here’s where it gets REALLY intriguing…

We’re guessing it could also tell her if he was back on Ashley Madison, too?

Well, in this case it couldn’t tell her anything. Because Josh was using a special password-protected network to dodge his wife’s prying eyes.

At least the time of Josh getting away scot free may be coming to an end. If convicted, he is facing up to 40 years in prison! 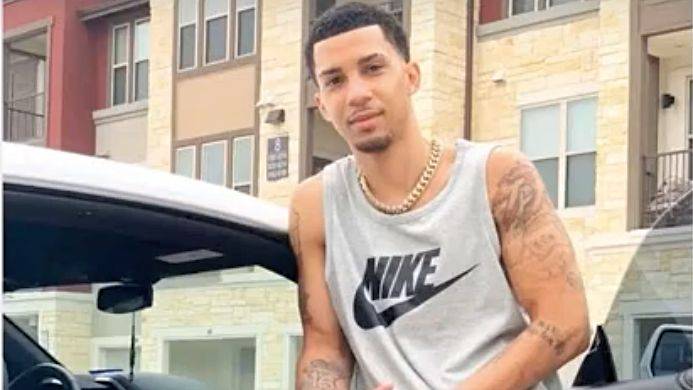