HIDIVE has announced that it has acquired the streaming rights to Bibliophile Princess and Akiba Maid War for its Fall 2022 anime simulcast lineup.

Bibliophile Princess is adapted from a series of fantasy romance light novels written by Yui and illustrated by Satsuki Shiina. The series is published under Ichijinsha’s Iris Neo label and was first launched on July 1, 2016. The seventh volume will be released on October 4, 2022. J-Novel Club releases the light novels in English. A separate manga adaptation by Yui Kikuta was launched in 2019.

Known as the Bibliophile Princess for her unquenchable love of books, Lady Eliana Bernstein wants nothing more than to shirk social duties in favor of retreating to the library. So, when the handsome Crown Prince Christopher promises to shield her from high-society drudgery in exchange for pretending to be his fiancée, she jumps at the chance to hide behind their sham relationship and read to her heart’s content (especially since he’s offered her access to the palace library). But much like the plot of her favorite novel, soon Eli’s feelings for the prince develop in unexpected ways, and she realizes she can’t always judge a royal book by its cover.

The main voice cast for the original anime series includes Reina Kondou as Nagomi Wahira, Rina Satou as Ranko Mannen, Minami Tanaka as Yumechi, Tomoyo Kurosawa as Shippon, and Ayahi Takagaki as the owner of the Tontokoton maid cafe.

Akiba Maid War is described by HIDIVE as:

Akihabara is the center of the universe for the coolest hobbies and quirkiest amusements. In the spring of 1999, bright-eyed Nagomi Wahira moves there with dreams of joining a maid café. She quickly dons an apron at café Ton Tokoton, AKA the Pig Hut. But adjusting to life in bustling Akihabara isn’t as easy as serving tea and delighting customers. Paired with the dour Ranko who never seems to smile, Nagomi must do her best to elevate the Pig Hut over all other maid cafés vying for top ranking. Along the way she’ll slice out a place for herself amid the frills and thrills of life at the Pig Hut. Just when Nagomi’s dreams are within her grasp, she discovers not everything is as it seems amid the maid cafés of Akihabara. 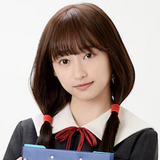 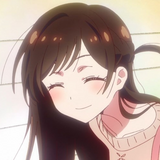