Every weeb down in Weebville liked Christmas a lot…
But the Stan, who lived just north of Weebville, did not!

The Stan hated Christmas! Every anime season!
Now, please don’t ask why. No one quite knows the reason.
It could be his head wasn’t screwed on just right.
It could be, perhaps, the constant internet fights.
But I think that the most likely reason of all,
May have been his habit to spam every Twitter feed wall.

Whatever the reason, his mind or his feed,
He stood there on Christmas Eve, hating the weebs.
Staring down from his cave with a sour Stan glare,
At the weebs down below in the midst of fanfare.
“Oh how I hate those despicable weebs,”
Said the Stan from the mountain hidden in trees.

Whether it be Love Live, Vocaloid, iM@S, or Bang Dream,
The Stan continued to grumble, letting off steam.
“Always playing those songs that I truly detest.”
“Can’t they listen to real music and just stan BTS?”
“Tomorrow is Christmas! They’ll only get worse!” Then the Stan slammed on his keyboard, leaving a scuff.
“I must find a way to finally shut those weebs up!”

And then they’d do something he liked least of all!
Every weeb down in Weebville, the tall and the small,
Would stand close together, with penlights swinging.
They’d stand hand-in-hand. And the weebs would start singing!
And they’d sing! And they’d SING!
SING! SING! SING!

Then he got an idea! An awful idea!
The Stan got a wonderful, awful idea!

“I know just what to do!” the Stan laughed in his chair.
And he turned quickly around, flipping his hair.
And he took out some black shorts and a highlighter pen.
“With this budget cosplay, I’ll look just like Kagamine Len!”

“All I need is a ride…” thought the Stan, assessing his needs,
For he was no longer allowed to borrow the car keys.
Did that stop the Stan? No! The Stan simply said,
“If I can’t get a ride, I’ll make one instead!”
So he called his dog, Jin. Then he took some purple thread,
And he tied him together with an old sled.

Then he loaded some bags and some old empty bins,
on the makeshift sleigh and hitched up poor Jin.
Then the Stan said, “ SKSKSKSKSK!” And the sleigh started down,
Toward the homes where the weebs lay asnooze in their town.

All the windows were dark. Quiet snow filled the air.
All the weebs dreaming of isekai in their beds without care.
“This is stop number one,” said the Stan checking his list.
And he climbed to the roof, empty bags in his fist.

The scene was quite dark with the chimney lit starkly.
The fit was tight, but the Stan did it for ARMY.
He got stuck only once, for a moment or two.
Then he slipped down, into the fireplace he flew,
Where the little anime figures were all placed atop in a row.
“These figures,” he grinned, “are the first things to go!”

Then he slithered and slunk, with a smile akin to a curse,
Around the whole room, and he took all the merch!
Wall scrolls! And Blu-rays! Art books! Pillows!
T-shirts! Posters! Figmas! And Nendos!
And he stuffed them in bags. Then the Stan, very nimbly,
Stuffed all the bags, one by one, up the chimney!

Then he slunk to the desk. He took the orange glowsticks!
He took the penlights! He took the compact discs!
He cleared out their playlists as quick as a flash.
Why, the Stan even threw the callbooks into the trash!
Then he eyed in the corner an oversized plush.
“And now!” grinned the Stan, “I’ll stuff the Neso up!”

And the Stan grabbed the Nesoberi, and he started to shove,
When he head a small sound live the coo of a dove.
He turned around fast, and he saw a young weeb.
Little Suzie-Lee Weeb, who was not more than thirteen.
The Stan had been caught by this young weeb daughter,
Who’d got out of bed for a cup of cold water.

She stared at the Stan and said, “Len-kun, why?”
“Why are you taking our Tera Nesoberi? Why?”
But, you know, that Stan was so stubborn and so slick.
He thought up a lie, and he thought it up quick!

“Why, my sweet little shoujo,” the fake Vocaloid lied.
“There’s a thread on this Neso that is loose on one side.”
“So I’m taking it home to my studio, my dear.”
“I’ll fix it up there. Then I’ll bring it back here.”

And his fib fooled the weeb. Then he patted her head,
And he got her a drink and he sent her to bed.
And when Suzie-Lee Weeb went to bed with her cup,
He went to the chimney and stuffed the Neso up!
Then the last thing he took was their gacha game rolls,
Hoping they’d quit after such financial toll.

Then he went up the chimney, himself, the liar.
On their walls he left nothing but hook and some wire.
Then he did the same for the other weebs’ homes,
Dismantling their idols, they’d be forever alone!

It was a quarter past noon… All the weebs, still in bed,
All the weebs still asnooze when he packed up his sled,
Packed it up with their merch. The figures in boxes kept mint!
The photos! And the music! The books! And the prints!
Three thousand feet up! To the top of Stan hill,
He continued to ride, right towards the landfill!

“So long weeb trash!” he was eagerly humming.
“They’re about to find out no Christmas is coming!”
“They’re just waking up! I know just what they’ll do!”
“Their mouths will hang open a minute or two,
Then the weebs down in Weebville will all cry Boo-Hoo!”

“That’s a noise,” grinned the Stan, “That I simply MUST hear!”
So he paused. And the Stan put his hand to his ear.
And he did hear a sound rising over the snow.
It started out low. Then it started to grow.
But the sound wasn’t sad! Why, this sound sounded merry!
It couldn’t be so! But it was merry! VERY!

He stared down at Weebville. The Stan rubbed his eyes.
Then he shook. What he saw was a shocking surprise!
Every weeb down in Weebville, the tall and the small,
Was singing! Without any merchandise at all!

He hadn’t stopped Christmas from coming. IT CAME!
Somehow or other, it came just the same!
The Stan stood baffled, scrolling through fan cams on his phone,
Wondering how after all this they still had such a good tone.

“Maybe a fandom,” he thought, “isn’t about just obsessing hardcore.”
“Maybe being a fan… can mean a little bit more.”

And what happened then? Well… in the DMs they say,
That the Stan’s heart grew three sizes that day!
And the minute that he began to see the light,
The Stan grabbed all the gifts and began to take flight,
And he brought back the merch! And he brought back their gear!
And he, HE himself, joined the weebs in their cheers!

#The Most Popular Drinks In Bhutan

#The Most Popular Drinks In Fiji 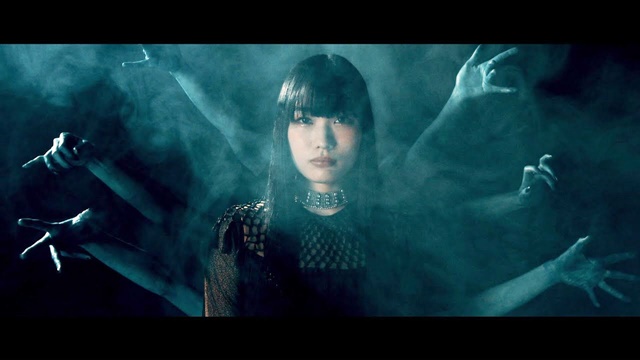 #Watch Behind-the-Scenes of So I'm a Spider, So What? OP Theme's Mysterious Music Video 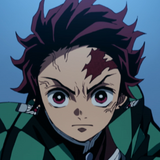 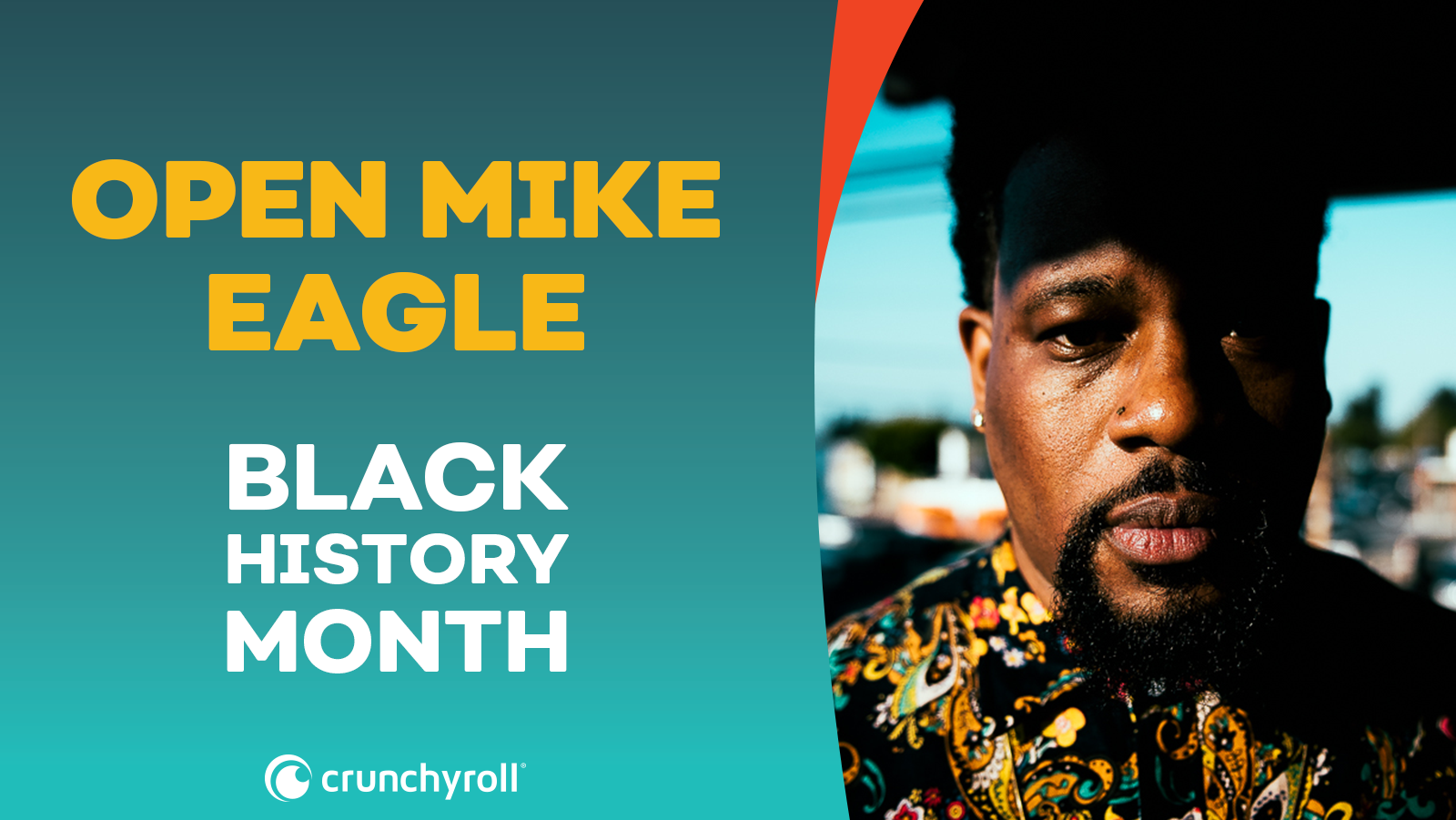