“#Age of Resistance canceled at Netflix”

Even though The Dark Crystal: Age of Resistance was the recipient of an Emmy last night, that isn’t helping it get a season 2.

According to a report from Gizmodo, Netflix has opted to cancel the series, based on the cult favorite film, back for another season. As for the reasoning behind it, odds are that it is the intersection of the show’s high cost and also its total viewership. While there was a positive reception to the visually-stunning show, it didn’t stick around in viewers’ consciousness in the way that a lot of people may have been hoping.

#‘Al Adamson: The Masterpiece Collection’ Is One of the Year’s Best Home Video Releases

In a new statement, here is what executive producer Lisa Henson had to say:

“We can confirm that there will not be an additional season of The Dark Crystal: Age of Resistance. We know fans are eager to learn how this chapter of The Dark Crystal saga concludes and we’ll look for ways to tell that story in the future. Our company has a legacy of creating rich and complex worlds that require technical innovation, artistic excellence, and masterful storytelling. Our history also includes productions that are enduring, often finding and growing their audience over time and proving again and again that fantasy and science fiction genres reflect eternal messages and truths that are always relevant. We are so grateful to Netflix for trusting us to realize this ambitious series; we are deeply proud of our work on Age of Resistance, and the acclaim it has received from fans, critics and our peers, most recently receiving an Emmy for Outstanding Children’s Program.”

We do wish that there was a way to get more new episodes on the air, but it is nice to know that there are still hopes the story can live on elsewhere. We’re also just glad that it existed in the first place, given that we never would’ve anticipated something more from this universe ever happening.

What do you think about The Dark Crystal: Age of Resistance being canceled?

Be sure to share right now in the attached comments! Also, remember here to stick around for some other news related to the show. (Photo: Netflix.)

#A cancer diagnosis need not end future dreams for a family 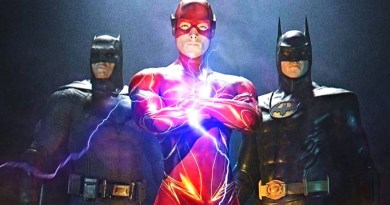