All your children are back together again, All My Children fans! (Well, many of them, at least.)

As part of its #UnitedAtHome initiative, Entertainment Weekly reunited more than two dozen AMC alums to reminisce about the daytime drama, which aired from 1970 to 2011 and then again briefly in 2013.

When Susan Lucci (Erica Kane) finally won Outstanding Lead Actress in a Drama Series at the 1999 Daytime Emmy Awards after 18 fruitless nominations in the category, she didn’t hear her own name announced. “When [presenter Shemar Moore] said, ‘The streak is over,’ I thought he was announcing the playoff scores,” she said, referring to that year’s show being held at the New York Knicks’ home arena, Madison Square Garden. “I thought, ‘Isn’t that nice? They decided to fill everybody in.’ When he said my name, I didn’t hear it. After, I think, what was the ninth time [being a nominee], I started to black out. I don’t know if it was self-protective … My biggest fear [was] that someday, I might just think they called my name and go up there.”

You read that right! Josh Duhamel (Leo du Pres) accidentally dropped Rebecca Budig (Greenlee Smythe) while rehearsing a sex scene for the show. “He goes running to the back bedroom to throw me on the bed, and he trips,” Budig recalled. “He tripped on a wire, and in tripping on a wire, he instinctively put his hands out and dropped me.”

Even worse, Budig hit her head on the corner of a prop bed and started bleeding. She had to be taken away by stretcher. “I’m like, ‘Yeah, I’m okay. No, wait, I’m not okay. There’s a dent in my head.’”

#Big Brother: Season 22; CBS Series Crew to Quarantine Together Like the Cast (Report)

Cady McClain says she was written off by a spiteful writer

Cady McClain’s character, Dixie Cooney, died after eating poisoned pancakes. She revealed in one of the reunion episodes that her exit resulted from a conflict with a writer on the show.

“It was a dig at me by one of the writers that very much wanted to put me in my place, and I don’t want to say who, but I had stepped out of line, and they wanted to put me back in line, and I was going to eat those pancakes, and I was going to learn my lesson, and I certainly did,” she said. “I’ll never live those pancakes down … My revenge, I guess, is that I really love pancakes. And they were absolutely delicious, so I enjoyed every bite. I was like, ‘This doesn’t bother me because I’m gonna eat ’em all.’ … But, you know, it was a very strange way to go out.”

Billy Miller (Richie Novak) recounted visiting an airport lounge and seeing director Quentin Tarantino watching AMC on TV—specifically, the scene in which four women torture Richie with a hot poker. “I’m sitting there, and this scene is playing on the screen, me being poked,” he said. “I look over to my right, there’s Tarantino having a drink watching this, and I’m like, ‘I wish I knew how to make this work for my favor.’”

Bobbie Eakes (Krystal Carey) recounted how costar Amanda Baker took over the role of Eakes’ onscreen daughter, Babe Carey, from predecessor Alexa Havins in the middle of a hug. “Oh, that was crazy. That was wild. I don’t think it had ever been done,” Eakes added. “They did a scene where I go into a hug with my daughter Babe, Krystal goes into a hug, and then when we pulled out, it was a different girl.”

Kelly Ripa (Hayley Vaughan) was neighbors with John Callahan (Edmund Gray) and even tagged along on his first dates with costar Eva LaRue (Maria Santos), whom he’d later marry. “I could hear their thought process like, ‘Are we really taking your little sister out again on a Friday night?’” Ripa said. “It was fine. I had no problem interloping. I never took a hint.”

Before Callahan’s death in March, Sarah Michelle Gellar (Kendall Hart) called the hospital to talk to him. LaRue, his wife from 1996 to 2005, said that the Buffy star was the first All My Children castmate to call and even referred to him by her nickname for him—“GP” for “grandpa.”

“John was already on life support, and he was unresponsive. But we were singing to him, and playing his music, and telling him we loved him,” LaRue explained. “Sarah called, and she said, ‘Put the phone by his ear. I want to talk to him.’ And so … she got a chance to say goodbye to him, which was really cool, and say what she wanted to say.”

The cast shot a closed-ended finale that never aired

Chrishell Stause (Amanda Dillon) revealed that the AMC scribes crafted a different ending than the one that aired on ABC in 2011, but ditched those plans once Prospect Park bought the rights to bring AMC back as a web series. “We shot the ending where we adopted another child and they wrote this beautiful ending for everyone,” Stause said. “Jake [Ricky Paull Goldin] and Amanda, they have Trevor, they adopted another baby because she couldn’t have kids … Every single character really had a beautiful storyline … In my head, I like to think of it the way that it was written originally.”

The cast is game for a reboot

“I don’t think that any of us—if the time was right—would say no to that!” Walt Willey (Jackson Montgomery) said. “It’s such a wonderful piece of Americana. The fans who loved us so much, and we love them just as much—we’d do it for them.” 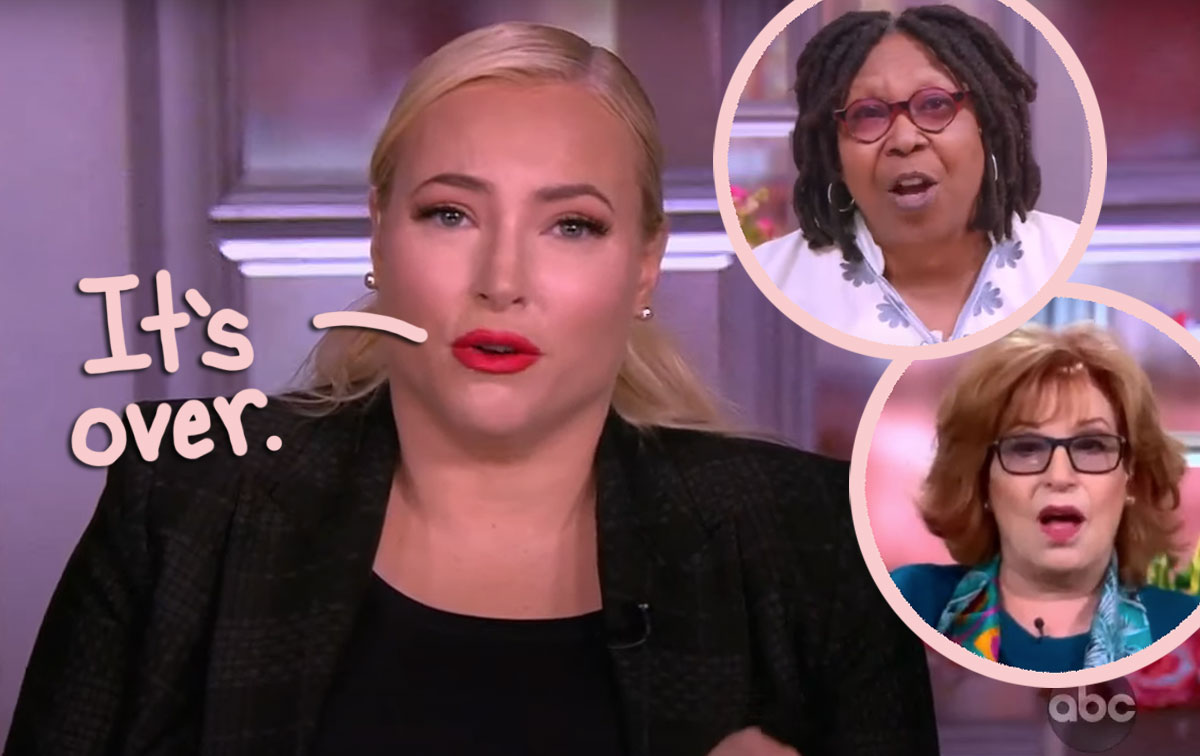 #Meghan McCain Announces She’s Leaving The View — And Twitter Has A LOT To Say About It!