“#’Wynonna Earp’ Season 4 Premiere: Bloody Trouble In & Out of the Garden (RECAP)”

[Warning: The below contains MAJOR spoiler for the Season 4 premiere of Wynonna Earp, “On the Road Again.”]

“I feel like I’ve been standing here for two years,” Randy Nedley (Greg Lawson) says as he and Wynonna Earp (Melanie Scrofano) gather weapons to go find their missing friends and family. And it’s been nearly that long since we last saw our favorite demon hunter and the rest of Purgatory. (The Season 3 finale aired on September 28, 2018.)

Those two are the only ones left after Wynonna’s sister Waverly (Dominique Provost-Chalkley) was dragged into the Garden of Eden and vampire Doc Holliday (Tim Rozon) went in after her. Wynonna had returned to the Earp homestead to find the friends—Waverly’s girlfriend Sheriff  Nicole Haught (Katherine Barrell) and allies Jeremy Chetri (Varun Saranga) and his boyfriend Robin Jett (Justin Kelly)—she’d left drugged to keep them safe and out of the finale fight against the demon Bulshar gone and the rest of the town deserted.

So, it’s up to the demon hunter without her trusty gun Peacemaker—Bulshar destroyed it and turned it into a sword—and the former sheriff to rescue the others. No problem … right?

Who Needs a Pen When You Have a Knife?

Wynonna and Nedley return to the site of the stairs into the Garden, and they’re there, so it looks like they’re doing well with the plan to find a way in, get Waverly and Doc, find their missing friends, enjoy a curse-free life, and look good doing it … until she tries to walk through the door and nothing happens. Well, not nothing, exactly—they’re attacked by crab-like creatures, and Nedley’s injured (“Ever been bitten by a rabid mongoose?” he offers as a comparison) when they return to the homestead.

There, he sees “Valdez” carved into the wall, noting it’s one way to leave a message. “What kind of psychopath doesn’t use a pen?” Wynonna agrees, and the answer is simple: the kind who can’t find a pen. (“Pen drawer’s full of knives. I’m a demon hunter, not a Shakespeare,” she says later.) All Jeremy could find when he woke up was a knife before he and the others were taken. Wynonna also finds Bulshar/Julian’s ring, which she knows Nicole was wearing, and thanks to Nedley, she realizes Waverly proposed. As Wynonna’s gathering weapons, including beaver blasters—”Now is not the time for marital aids,” Nedley quips, and oh, how we’ve missed this show and these characters—she hears something in the kitchen and narrowly misses a knife in the face, courtesy of Mercedes Gardner (Dani Kind), who insists that Kate (Chantel Riley) forced her to leave her behind when the men came to take them.

But we hear a very different story from the vampire, who stops Nicole, on a train, from grabbing the electrified door in hopes of escaping. The government or “private militia posing as the government” forcibly evacuated everyone who hadn’t left purgatory, she explains, and while Mercedes was supposed to be watching Kate—Doc had just shot her—she took off as soon as they showed up.

Nicole needs off the train to get to Waverly, and she asks Kate to do a reading for her. “I need something to establish a connection with Waverly,” Kate explains. “Do you have anything of hers?” The ring is gone, but “yeah, me,” Nicole says, offering her hand. She wants to reject the Death card, but it means a transition or a doorway, and the Fool card isn’t for her, Kate realizes, meaning Nicole needs to get back—and as a vampire, she can survive the electrified lock. And so Nicole jumps off the train.

Meanwhile, Wynonna “I’m not the heir of anything anymore” Earp—the curse was broken—digs into the name Valdez and, thanks to some of the late Black Badge agent Xavier Dolls’ (Shamier Anderson) files in Nedley’s couch, discovers Dr. Gloria Valdez was a scientist for the division. She’s dead, but she had been stationed at a facility in a nearby-ish condemned town, Monument. Jeremy, since he too was BBD, may have known her and carved it into the wall. And in her file is “Garden?” Might there be another way into the Garden at that facility?

She’s pissed because she may have been able to help, but the former heir argues, “they only got in[to the Garden] because they’re special. So unless you’re like a bisexual angel or an undead gunslinger…” But with the possibility of another door at the BBD facility, Nicole joins her, with a few conditions, including no lies. Wynonna promptly does just that, not correcting her about having her “magic gun” and not informing her that Dr. Valdez is dead until they’re already there. Once inside, Wynonna calls her out on keeping secrets since Nicole didn’t tell her about Waverly proposing, but due to “Wynonna Interruptus,” she hasn’t answered—and she’s not going to tell her girlfriend’s sister her answer first. It’s when someone shoots at them that Nicole notices Wynonna’s holding one of Doc’s guns, not Peacemaker. Wynonna serves as the distraction while Nicole sneaks around to knock out the shooter, who turns out to be a teenager, Rachel (Martina Ortiz-Luis). She’s Valdez’s daughter, and her mom took off on her, but she needs to know if she’s OK. (We also find out that she knew Dolls, and he saved her, just like he saved everyone else when he was alive.)

There was an accident at the lab, and BBD gassed it for containment. Dolls had told Rachel that the gas “was dangerous and didn’t do what BBD thought it would.” Stay close, be quiet, and don’t step on the grates, Rachel tells them. “Why do we have to be quiet if everyone’s dead?” Wynonna wonders, getting the answer when throwing a beaver blaster outside of a lab filled with dead scientists, or rather, mutant zombie scientists.

When Wynonna steps on the grates during the subsequent fight for their lives, Nicole sacrifices herself, pushing Wynona off and falling down into the darkness…

After Doc steps through the door—one of many, as we see—into the Garden, he finds Waverly chained up and must drag the end of it out of a well. (“Of course it would be a well, but I am a weapon,” he says, and hey, at least he’s not at the bottom of a well again.) And whatever that thing is on the end of that chain? Gross.

“Thank you for sucking—” Waverly begins once she’s free. “I do try,” he says, but she finishes with, “Bulshar’s poison out of Wynonna’s neck.” They try to find the door he came through, but he says it’s not the same since he was last there.

All they can do is look around the Garden, and they find a throne, “my dad’s throne,” Waverly notes, “the angel who became stone to protect the Garden.” And even with Bulshar taken care of, there’s always something else. Still, he refuses to let her sit on the throne, which is a good thing since she then insists it’s her “birthright” and “legacy” and admits she doesn’t know why she said that. A noise leads them down stairs to an underground chamber (pictured above), to someone from Black Badge who looks the definition of a mad scientist. It’s great they’re healthy, “for you, for it, the whole human race,” he says, and he tells them the first rule: “Keep her fed. The blood has to be fresh, human.”  (That’s a bit of a problem for a half-angel and a vampire.) That’s not why they’re here, they insists, inquiring about a way out. “I’m afraid there’s only one way out of this prison,” he says before taking giant shears and … decapitating himself?!

But at least they can use his blood to feed whatever it is by squeezing it out of his headless corpse. “Would hate for all this perfectly good food to go to waste,” says (obviously) the vampire, who steps away to compose himself.

When Waverly finds him near a fire, he’s no longer certain which way is north (due to where the sun is) and doesn’t know if he’s built the fire or it was already there. They have no idea how long they’ve been there. Rather than rest, Doc wants to atone for his recent actions, but she assures him that they’ve all  done bad things to one another. When he can’t think of any she has, she thinks he’s just being forgetful or kind. But speaking of memory problems, they’re having a difficult time holding on to information about Wynonna and Nicole, with Waverly reminding herself of what her girlfriend looks like as he falls asleep.

An indeterminate time later, she leaves Doc lying there and feeds “it” or “her” her blood, “the pure stuff,” she calls it, and water lilies bloom nearby. A door opens to another room, where she finds a display (“Choose One,” is carved into the stone, and “Choose Wisely”) with four books with Wynonna, Doc, Waverly, and Nicole’s names on them. We don’t see whose she takes. (But is Nicole’s out of reach from where she’s standing?)

When Doc wakes, there’s a tree in front of him and he knows Waverly did something. He hears someone calling out and goes down into an underground chamber to find Nicole standing there… naked?!

Yes, Wynonna Earp is back, better than ever, and reminding us why we needed to see it on our TVs again. But how long will we have to wait for the WayHaught reunion? 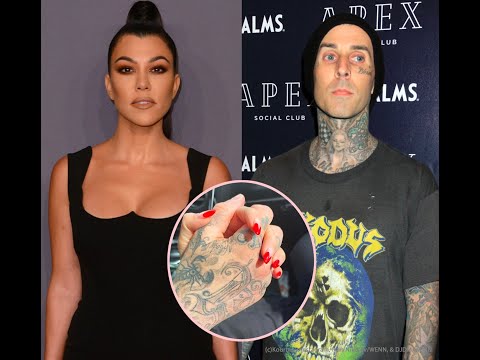