Ever since winning the WWE championship, Drew McIntyre has thrived in an unprecedented environment. The Raw superstar isn’t one to rely on past successes like defeating Brock Lesnar at WrestleMania 36. He has taken on all comers on Monday nights, proudly stepping forward as a leader of the brand.

“It has been everything I imagined it to be within the confines of a pandemic,” McIntyre said of his run thus far. “I know my unique journey of all the ups and downs, being released before and finding myself as a person and performer. It prepared me to not just be one of the top guys but the top guy in the company who can handle any situation presented to him.

“Nobody could predict [the coronavirus pandemic]. I’m the guy to move the company forward. Whenever I could step up like I did for British wrestling and independent wrestling, I’m all about it. The fact I got to step up for the company and the fans during a pandemic means the world to me. I’m really working as hard as I possibly can to get extra eyes on the product. It has been a wild time, but rewarding. I’ve busted my butt.”

The purveyor of Claymore kicks is preparing for the physical challenge of Bobby Lashley, who recently aligned with the returning MVP. TV Insider caught up with the Scottish warrior to find out where his mind is at before he defends the prized gold at the Backlash pay-per-view on Sunday, June 14. What has been the highlight for you as WWE champion outside the ring?

Drew McIntyre: There are so many things I’m proud of right now. One off the top of my head is I filmed content for BBC Bitesize [study resource for students] in the U.K. It’s fun lessons for kids. Since they’re doing a lot of homeschooling, I participated in a very entertaining video on punctuation. I was the one explaining punctuation. I had a few buddies message me already, “Oh my goodness. I’m surprised I heard your voice in the other room. I’ve never seen my children pay attention so much to their lessons.” Aside from all the champion responsibilities, feuding with Tyson Fury and Colby Covington online. The BBC thing is an example of how I can really make a difference to the kids and their learning.

You’ve been extremely busy working from home and appearing on all the WWE Raw shows, mostly working grueling matches. Is there anything you’re doing to take care of yourself while in this grind?

I don’t think I’ve changed so much, aside from the gym being closed. My wife and I finally started adding some gym equipment to the garage. I’m training there. I trained there before WrestleMania very much like Scottish Rocky. The extra time for recovery is definitely making a difference. We have a little extra time off because of taping content. I’m always conscious about my diet, water intake. I do a lot of stretching. I do a lot of DDP Yoga. Diamond Dallas Page’s program that doesn’t just involve yoga but rehabilitation and movements. As champion, I really don’t want to get injured. I’m being extra cautious. There is so much going on in the world. Challenging times that have also affected WWE. Do you feel the locker room has come together more as a result?

We’re already a close group anyway. We spend so much time together traveling. Superstars become family. To see them speaking about how they feel and hear some stories you didn’t know. They are a big deal and upsetting at times. This is a period for me personally to know, to listen, to learn and hopefully we’re going to come out of this with some positive results. The locker room really is my family. With what is going on right now, to hear them speaking up. I’m very proud of everybody. That is what is going to make a difference.

WWE released a statement a few days ago announcing the consolidation of the Raw and SmackDown creative teams with Bruce Prichard overseeing both. What kind of impact do you think this will have? What are your thoughts of seeing Paul Heyman potentially moving back into a more regular role on TV?

I don’t know the ins and outs regarding creative. I get my creative and go from there. I figure out best what works for Drew McIntyre and the storyline. Regarding Paul Heyman the character, that is very interesting for myself. The last time we interacted was going into WrestleMania against Brock Lesnar before I defeated him in five minutes in the main event. There may be things to happen down the line. Brock is lurking in the shadows. If he wants to get beat in three and 23 seconds this time. Or perhaps Paul Heyman has his eyes on other superstars he wants to bring to Drew McIntyre. Either way, I always enjoy a little joke with Paul Heyman on the microphone. There is nobody better than him. It forces you to up your game. Hopefully, we’ll be seeing him soon enough.

Not long ago I spoke to The Undertaker, who was very complimentary to you. How does that feel?

It’s unbelievable to hear him say he is proud of me, and how I’ve earned this. To get a comment like that from someone I respect more than anyone in this industry. He was the locker room leader when I was a kid and someone I looked up to so much. I always went to him for advice. I tried my best to apply everything he said. When I saw the interview, it stopped me in my tracks. It showed I’m on the right track because The Undertaker doesn’t beat around the bush. He says how it is and how he feels.

The upcoming episode of Undertaker: The Last Ride goes into how teaming with Roman Reigns against you and Shane McMahon gave him some redemption from past outings. What does that match mean to you?

That match was very important to myself, Shane and Roman to make sure we gave Taker a match he deserved coming off his [Bill] Goldberg match. He wasn’t feeling too good about it, understandably so. We wanted to make sure we gave him the match he deserved. To be in Philadelphia with Shane, who had all this heat at the time and is willing to do anything to entertain the fans. Roman is so good and popular. Undertaker is the legend. I threw a couple of ideas in there. I was hoping to get a couple of moments in. He taught me as Shawn Michaels taught me along with others, it’s not about the match or the moves as much as the moments. I was asking if it would be cool if we had those moments. I suggested the face-to-face with Undertaker. It takes the temperature of the crowd and how they feel about that match. Just seeing the visual of us together. I could literally feel the crowd rumbling for it.

Then there was the moment I rolled up behind him before Roman saved him from the Claymore. I was so glad people were happy after. That was one of my favorite matches I’ve ever had. When I was a kid, I was told they were hoping to build a match with myself and Undertaker at a big show. It didn’t work out that way. I did face him on SmackDown where he gave me my first official defeat right before he retired Shawn Michaels at WrestleMania. If we get the opportunity to tell the right story, I know we can tear the house down. Whether it is a regular match or cinematic match, I would like that before he rides into the sunset. Your first title defense on pay-per-view was against Seth Rollins in May at Money in the Bank. You shook hands after a great match. Something that would be uncharacteristic for Rollins and his character these days. What did that match do in building up your confidence as champion?

I really enjoyed that match. The fans enjoyed it so much. I need that seller and pay-per-view quality match to get momentum going to take it to the next level. There is nobody better in the ring than Seth Rollins. We have such good chemistry. I’m not going to reveal all the ins and outs of things that get put together backstage. If people think Drew McIntyre and Seth Rollins mapped out anything from A to Z, you’d be shocked how little he and I interacted prior to that match.

Some people can go out there and feel it and just do it. That’s when magic really happens, even without a crowd there. We’ve been doing it so long it’s almost like we can hear the crowd in our head. Handshake-wise maybe it wasn’t supposed to go down like that. It happens. I really felt like this is the champion I am. I got respect. My hand was out. It was too late when the hand was out. Then he had two choices. Shake my hand or get dropped where he stood. He did shake my hand. I think he got it in his head that it was insincere or condescending. The way Seth Rollins is mentally from a character-wise, he did have a mild breakdown the next day.

Next you face a familiar opponent in Bobby Lashley. You’ve met before over the years, but how does the build for this match compare?

He has been one of the most physical performers I’ve ever been in the ring with. If you ask others on the roster, they’ll say I’m one of the most physical. So if you put us together, we really don’t hold back. Say you’re sorry after the match. When you put Drew McIntyre and Bobby Lashley together we’re going to go to war with each other. I think now we’re a little older, a little wiser. I really enjoyed the story in the match we told prior. I think we can tell a better and more compelling story along with the physicality.

We’re bringing in the fact that it has been 13 years since Lashley had a WWE title opportunity. I waited 19 years to get my WWE title shot. I’m not looking to lose it any time soon. He has passed all this soap opera, love triangle. He is the Lashley he was meant to be with MVP in his corner. MVP is not just a valet who claps his hands. He is dangerous and great on the microphone. It’s a great combination. This Sunday while Edge and Randy [Orton] have their greatest ‘wrestling’ match ever. McIntryre and Lashely are going to have an absolute war. 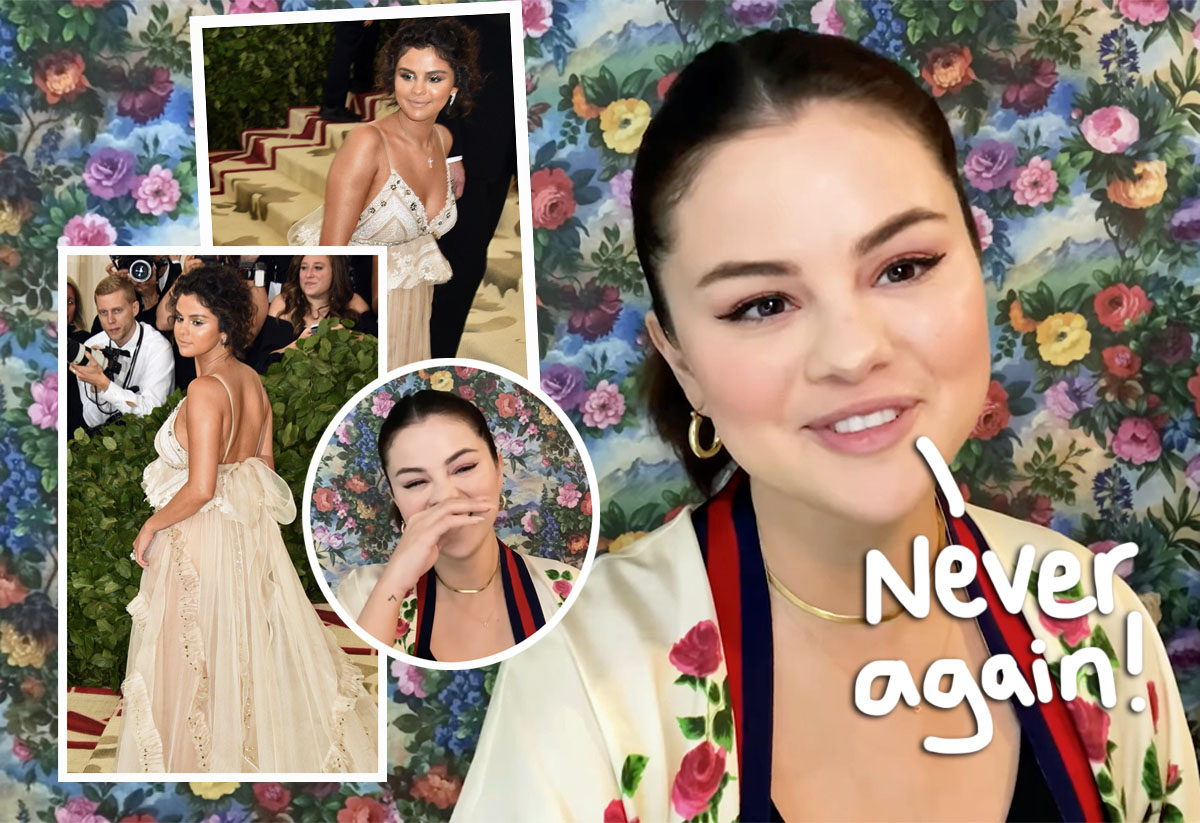 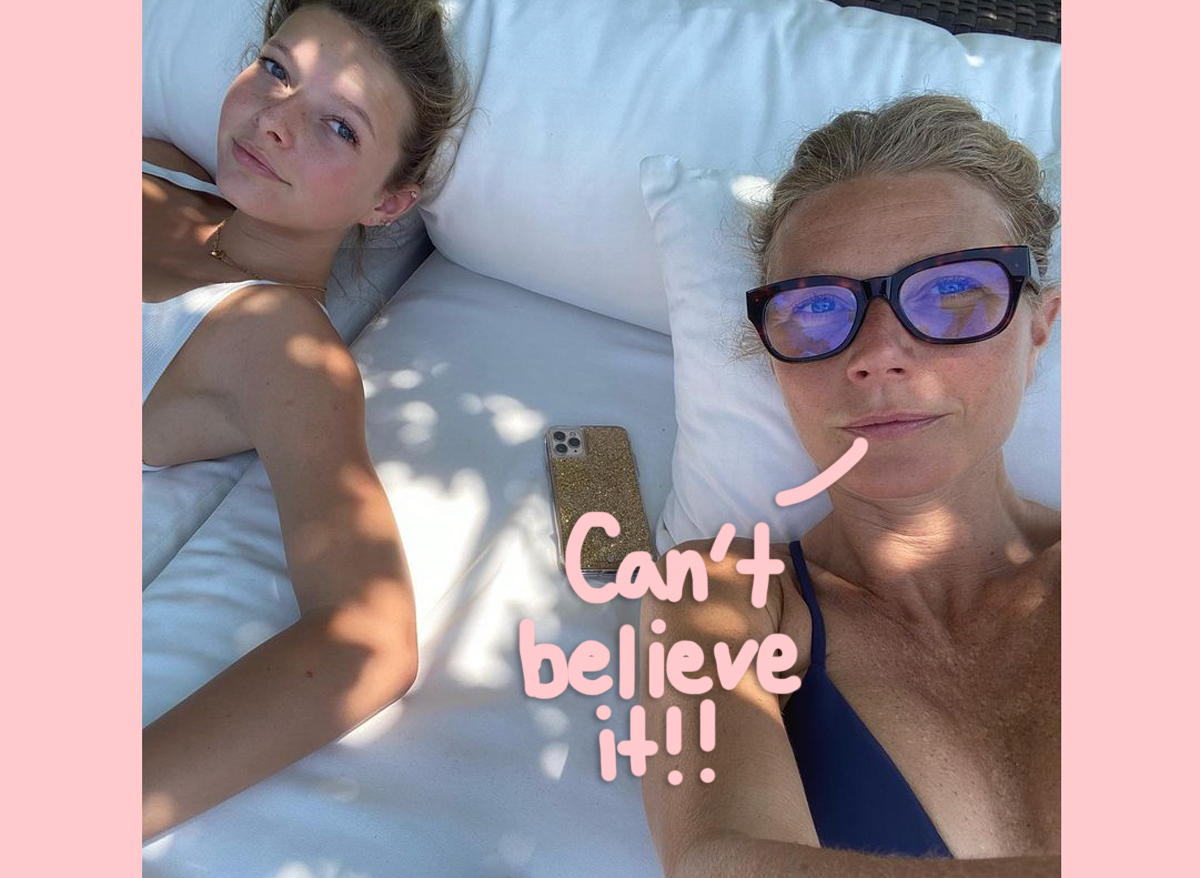 #Gwyneth Paltrow Gushes Over Daughter Apple In A Sweet Message For Her 17th Birthday!