Will Smith’s ‘Emancipation’: What the Critics Are Saying

Critics praised Emancipation‘s cast, with Will Smith, the film’s controversy-stricken star, receiving plaudits along with co-stars Ben Foster and Charmaine Bingwa. There was also praise for the survival thriller set up of the film, with an appreciation for the different approach to the subject. But some critics took issue with the unrelenting brutality as well as the look of the film, with questions about Robert Richardson’s stylized cinematography as well as the sparse script.

The Hollywood Reporter‘s Lovia Gyarkye writes that Emancipation treats Peter’s escape and journey well, but the film is “hampered by a spare and spiritless screenplay.” Gyarkye feels that the current real-world reality of a growing refusal to confront the horrors of slavery or attempts to rewrite history in some U.S. states “saddles films like Antoine Fuqua’s tottering drama … with a considerable burden of responsibility,” but adds that “it’s disappointing when they don’t amount to much more than Oscar bait.”

Justin Chang, writing in the Los Angeles Times, felt that Emancipation failed to do the true story of “Whipped Peter” justice, and he had particular issues with Robert Richardson’s muted cinematography which he feels was at odds with the survival thriller Fuqua was aiming for. “The more the movie pulls away from Peter’s perspective, the more it undercuts its own tension,” Chang writes.

The Guardian‘s Peter Bradshaw was more effusive in his praise for Emancipation. In a four-star review, Bradshaw writes that Smith brings movie-star presence and dignity to a historical figure like Peter and that the movie overall “works very efficiently as a thriller,” although the third act isn’t as strong. “Perhaps the final showdown with the hated Fassel is anticlimactic, given that it has to come before the third act of Peter’s military enlistment, but this is a strong, fierce, heartfelt movie,” writes Bradshaw.

“Emancipation is well-intentioned but painfully overwrought,” writes Nick Schager in his review for the Daily Beast. Schager begins his review by asking if audiences are ready to forgive Smith, but also dwells on the actor’s “wooden” portrayal of Peter as “both iconic hero and victim.” “Peter is thus closer to an emblem than a fully realized human being, which prevents Smith from getting beneath the character’s traumatized and ferocious exterior,” Schager writes. The critic also had issues with the direction, writing, “While Fuqua’s characters are archetypal and, therefore, a suitable fit for a rousing action-adventure, if not an outright exploitation affair, the director plays things too self-seriously and stately to generate any momentum or excitement.”

Empire‘s John Nugent opens his review of Emancipation with the line that “slavery is a near-impossible subject matter to get right on screen.” The critic says that the precedents of the genre put Fuqua in a bind, and so “in order to set the scene, the filmmakers feel obliged to first give us the same horrific imagery common with nearly every film of this kind.” Nugent did think Smith was outstanding as Peter and he felt the third act, when the film moved away from “unrelenting inhumanity,” did Emancipation hit its stride.

In his review for Indiewire, David Ehrlich described Emancipation as “an over-inflated B movie with little gold delusions of grandeur.” Ehrlich writes that “by virtue of its release date, subject matter, and star power alone, Emancipation was created to be seen through the same narrow lens of the system that produced it, and “The Slap” — an existential threat to any feature so dependent upon the Oscars for market enthusiasm — ironically did even more to yoke the movie into Hollywood’s annual horse race at its own expense.” Ehrlich adds that Smith gives “a simple but committed turn” that smacks of courting Oscar voters.

Richard Roeper, writing in the Chicago Sun-Times, felt that Emancipation was a decent period action film let down by overkill and silly moments, but fundamentally he wanted more substance. “It’s a well-made film with some admittedly exciting action sequences, but even after 2 hours and 12 minutes, it feels as we’ve just skimmed the surface of this important piece of American history,” Roeper writes. The critic praised Foster and Bingwa for elevating what were essentially one-dimensional characters.

Collider‘s Ross Bonaime admired Smith’s performance in the film. “For an actor that has been so reliant on his charisma in many of his roles, Emancipation requires Smith to be silent and still, full of anger that is ready to burst, but with a faith that helps move him away from this righteous rage. Smith is given a few moments that clearly feel like the Big Oscar Montage Moment, but he’s at his best when he’s quietly reacting to his situation and surroundings,” Bonaime writes. But he adds that the film, “for all its intentions and unusual choices … suffocates under a wooden script full of banality, a director who doesn’t know how to keep the momentum of this story going, and clichés that border on parody.”

Emancipation will be released in select theaters on Dec. 2, followed by a global streaming debut on Apple TV+ on Dec. 9.

#: U.K. house prices slump in November, falling by the most since the pandemic 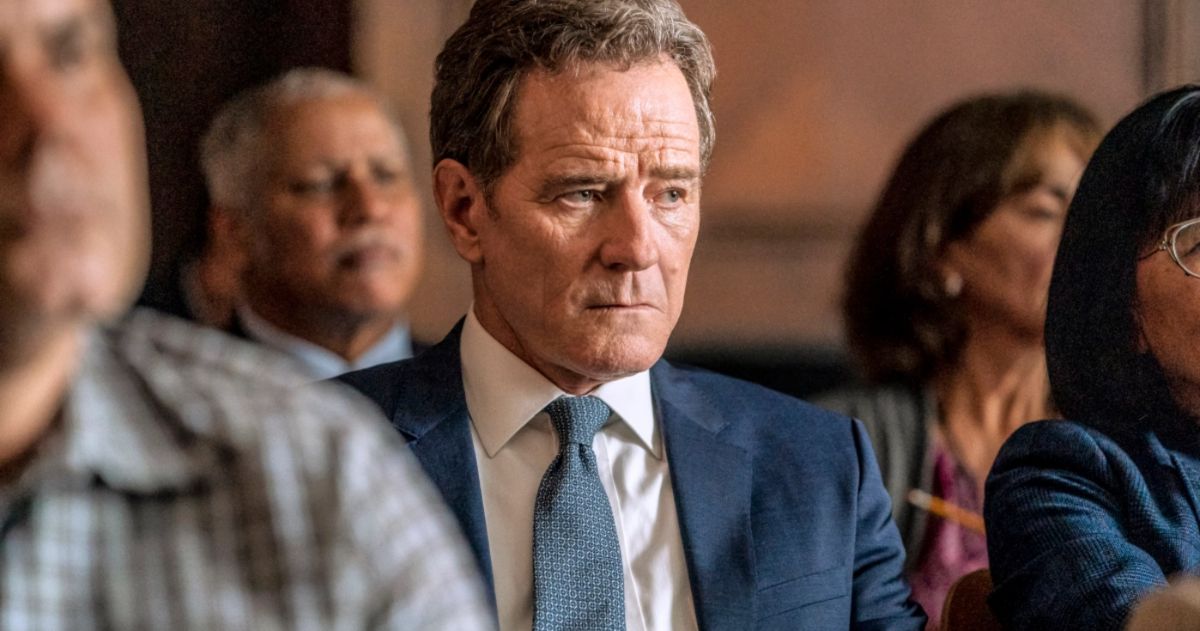 #Your Honor to End with Season 2 on Showtime, Bryan Cranston Says