“Why Mobile Versions of Classic Games Are Trash – Review Geek”

Smartphone gaming is a large part of the market, but sadly it’s dominated by copy-pasted tower defense games, micro-transaction heavy time sinks, and simple puzzlers. So you may be tempted by a port of one of your favorite classic games. But you shouldn’t bother with those either.

Even a cheap smartphone can put more power in the palm of your hand than a high-end desktop could provide a decade ago. The solidly lower-mid range OnePlus Nord N10 has 6GB of RAM and a Snapdragon 690 which is basically an eight-core processor capable of hitting 2GHz speeds, and a reasonable GPU. The gulf is even more extreme when you compare modern phones and tablets to old 8-bit consoles. This excess power means phones have no trouble running ports of older games or emulating older console titles. But even though performance isn’t a problem, we do need to admit mobile versions of classic games are a bit crap.

There’s No Joy Without a Physical Joystick

One of the main issues relates to the control system you use to play the game. Most phones will use a type of virtual controller where certain sections of the screen take the place of input buttons or a directional pad. The directional pad can also be switched out for, or double as, a virtual joystick in some cases. Then there are touch controls and gestures unique to mobile versions of games. Some games allow users to use certain swipes, taps, or actions to control their characters. The trouble is, both of these control schemes are pretty bad.

While touchscreens have plenty of benefits and mainstream phones are unlikely to return to keypads any time soon, there is one significant drawback. There isn’t any tactile feedback from a phone screen. Touch is one of our key senses, and the human body is capable of doing a lot of things from feel alone. When you’re driving a car, you know how hard you’re pressing the accelerator or how much turn is on the wheel from the feedback your hands and feet receive; you don’t have to look away and check.

There’s also an ergonomic side to things. Most companies don’t design their phones with comfortable gaming in mind. In addition to the aches and pains, you can get from holding a smartphone like a handheld console — input itself also gets a lot more difficult because of the lack of ergonomic features. You can solve all of these problems by connecting a physical controller to your phone, but that defeats the purpose of mobile gaming in the first place.

Ports of older RPGs to mobile platforms are pretty common. Both Knights of the Old Republic games, Baldur’s Gate I and II, and Planescape: Torment are all highly rated classic RPGs that you can pick up from Google’s Play Store or Apple’s App Store right now. They also tend to be point-and-click based, so don’t suffer from many of the control issues more intense retro games will have on mobile — though navigating through an RPG’s many menus can still be a pain. The key selling point of these titles is the story. And back in the day, the voice acting was very limited.

Classic RPGs tell stories through large sections of text, with equally large sections of text being available if the player would like to respond. Planescape: Torment is famous for being one of the few games you can finish without swinging a blow. If your speechcraft skills are high enough, you can talk your way through the entire game.

The problem is even larger phones still have a small screen, and players need to read all of this dialogue from there. So you’re either squinting to read tiny text from an awkward part of a small screen, clicking through several pages or larger text, or both. This can be immersion-killing, tedious, and difficult for folks with less-than-perfect eyesight. Then there are the menus to consider, which are sometimes fiddly and poorly implemented in the original games — things only get worse with a port. Items are small, your fingers will obscure a lot of the screen while navigating the menus, and sometimes you’ll accidentally click on an important potion or powerup and waste it when you don’t need to.

While medical professionals recommend taking a break every few hours, that’s not really how gaming works in practice. If you’re playing a good game, you can’t stop. Truly good games will draw you in and immerse you to a point where you can’t escape. While it may not seem like much time has passed in your gaming bubble, if you’re enjoying a game, you might glance out of the window and notice the sun has gone down, you’ve forgotten to eat, and you’ve had no social contact in a few days. Unfortunately, as good as modern phone batteries are, you’re unlikely to waste an entire day gaming on the strength of one.

Gaming is demanding; even a phone with an old battery will burn through its energy reserves in a few hours of gameplay. You can get around this by simply plugging your phone in a while playing, but a charging wire is not always available, and this will further damage your phone’s ergonomics. Using energy-demanding apps while charging also generates a lot of heat, which could ultimately place stress on your phone’s battery and other components.

While single-player is a thing, gaming isn’t always a solitary hobby. Multiplayer gaming has been a thing since Pong and arguably offers some of the best gameplay experiences available. Everyone has a story about staying up all night on Mortal Kombat.  You can’t call it a night when your friend has just crushed your gonads and torn your spine out; you need one more shot at revenge. Unfortunately, that’s not really an option on mobile. Yes, you could hook two Bluetooth controllers up to a phone and attempt a multiplayer game that way if your emulator can handle it. But even if that works, you’re huddled together trying to focus on a tiny screen.

Connecting over WiFi may also be an option on some emulators, but there’s no guarantee those will be available on Android, and then you have the nightmare of matching everything up with the phone your friend is using. Alternatively, you could run an emulator on a PC and get straight into it.

The Pricing is a bit Excessive

Apps that have dedicated smartphone ports aren’t exactly cheap. Knights of the Old Republic and its sequel are $9.99 each, as are both Baldur’s Gates, the Baldur’s Gate DLC, Neverwinter Nights, Planescape: Torment, and so on. At $10 a pop, your game library should soon cost more than the cheap phone you might be playing it on. While spending more than a console costs on games isn’t a new phenomenon, your phone isn’t a console. It’s a multi-purpose device that doesn’t serve all of those purposes exceptionally.

Video game emulation lies in somewhat of a legal grey area, but the most legally accepted way to do it comes with a hefty price tag. First, you need a physical copy of the game you’re emulating, which could be a problem. Most classic cartridges went out of production years ago, and some games are now extremely rare, extremely expensive collector’s items. For example, if you want certain SNES games, you could be paying hundreds if not thousands of dollars for certain cartridges.

Then when you have your cartridge, you need to get it onto your phone, which has not been designed to run old games natively. It lacks a cartridge slot for a start, so you’ll need a separate bit of kit known as a “cartridge dumper” to rip the game’s code onto a PC. From here, things are pretty straightforward on Android. There are several functional emulation apps, and most of them are free. Things are a little more complex for iPhone users, as emulators aren’t available from the App store. But you can still acquire and install one without going as far as jailbreaking your phone.

Despite charging premium prices for a mobile game, the ports are sometimes really poorly done. Baldur’s Gate II is one of the most iconic games ever released, it arguably still holds up well to this day, and any port will be instantly marketable. However, the game’s fanbase will also expect a certain standard and may get quite upset if a studio doesn’t do justice to a title they hold so dearly.

Numerous users complained of crashes, which BeamDog in its defense, did respond to with a link to some possible fixes. But many of the one and two-star reviews pointed toward inherent problems with the port itself. One anonymous user claimed very little had been done to tailor the game to mobile saying: “All controls and graphics look just shrunk from what they used to be on pc. No adaptation to mobile at all. It’s awkward, it’s hard to see *anything*, stuff looks tiny and gameplay is fiddly and cumbersome. And that’s on a Razer, a gaming phone with a large screen!”

While another fan by the name of Steve Charon also suggested control limitations were ruining his experience. He said: “It’s obvious it was a PC game – a great one at that. It just isn’t good on mobile. Things like picking up gold and items off the dead bodies you kill is incredibly difficult. Especially if you want a specific party member to do it. It’s too cumbersome. Battle controls are equally difficult as it just doesn’t control easily on the phone.”

Ports Might Be Robbing Us of Good Mobile Games

Mobile games, in general, are going through a pretty rough period. For every Angry Birds or Among Us, you have about a thousand copy-pasted tower defense games. The bulk of the mobile market seems to center on micro-transaction littered “pay-to-win” titles that offer simple gratification and are purely there to rinse people of their cash. So it is easy to understand why a market for older games exists.

A port of a classic game, or something you’ve loaded into an emulator, offers something safe. Something tried and tested. You’ve likely played it before, and you know what you’re getting. Unfortunately, it also might stop you from getting anything new. There’s a cheap little mobile RPG called Exiled Kingdoms that’s been around for a while. It has plenty of classic RPG elements and an okay plot with a twist at the end. But most importantly, it’s unique, and the mobile version seems like it was created for mobile gameplay. Yes, it’s not perfect and still has similar ergonomic and joystick problems — but at least it’s original and more optimized for the platform.

In theory, the market will offer whatever makes the most money with the least effort. If we, as consumers, demand originality — then that’s something we should eventually get. Alternatively, you can just play these games on a cheap laptop and save yourself a ton of grief.

#How to Test Your Computer’s PSU With a PSU Tester

#How to Install the Windows Subsystem for Linux on Windows 11 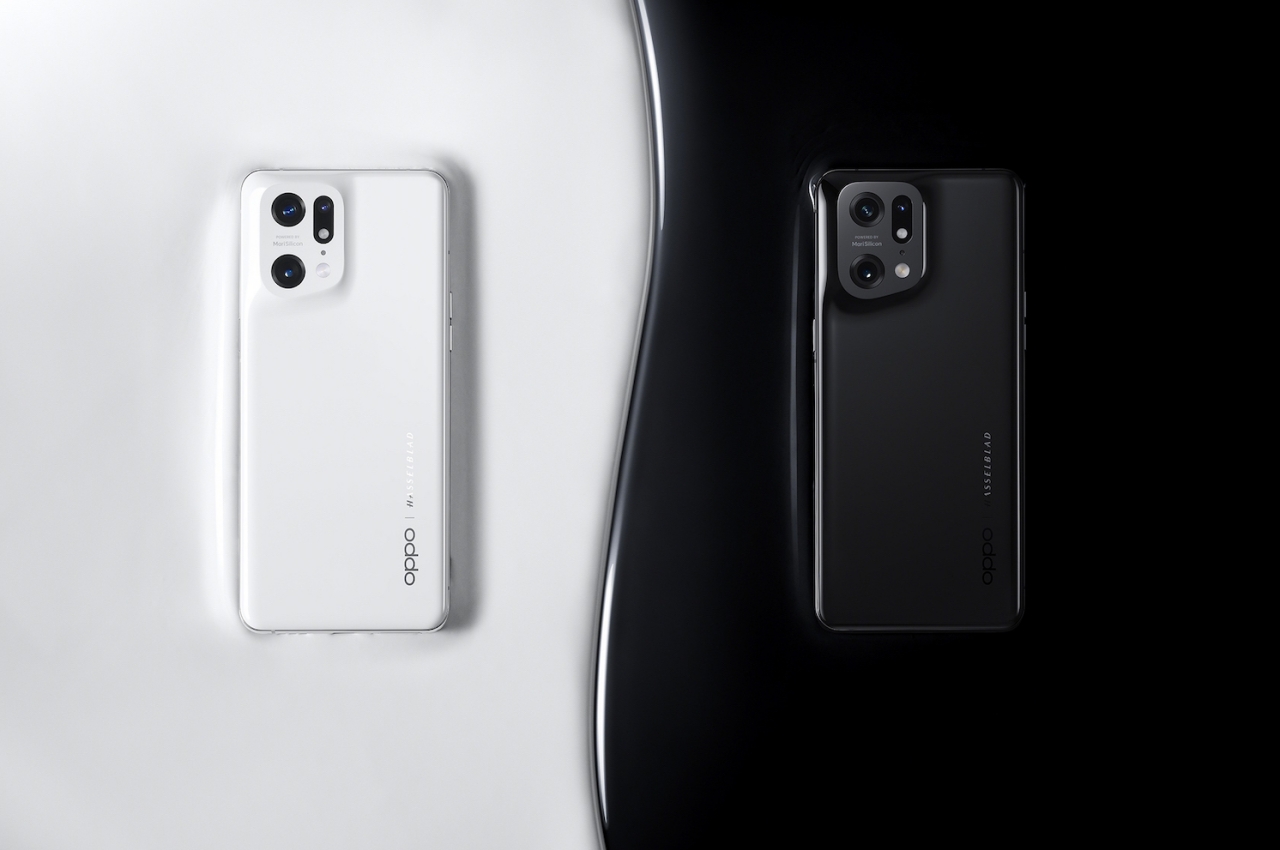