“What’s New to Stream on Netflix for June 2020, and What’s Leaving”

Some people spend their days arguing over the merits of Netflix, but the rest of us are too busy enjoying new movies, engaging series, and fun specials. It’s just one more way to re-watch the movies we already love and find new ones to cherish, and this month sees some of both hitting the service.

The complete list of movies and shows hitting (and leaving) Netflix this month — June 2020 — is below, but first I’m going to highlight a few that stand apart from the bunch.

Netflix Pick of the Month “Four African American vets battle the forces of man and nature when they return to Vietnam seeking the remains of their fallen Squad Leader and the gold fortune he helped them hide.” That’s already a succinctly intriguing premise, but when you add in that Da 5 Bloods (premieres 6/12) is directed and co-written by Spike Lee things get even more interesting. It’s a two and a half hour epic starring Delroy Lindo, Clark Peters, Isiah Whitlock Jr., Chadwick Boseman, Jean Reno, Mélanie Thierry, Paul Walter Hauser, and Veronica Ngo, so yeah, it’s obviously our Netflix pick of the month. Some movies are trapped in the time and place upon which they were initially released, but others remain timeless due either to the quality of the filmmaking or the sadly cyclical nature of human behavior. These three movies are all good on their own merits, but recent real-world events have made them relevant all over again. James McTeigue’s V for Vendetta (2005), scripted by Lilly and Lana Wachowski, is a thrilling graphic novel adaptation about fighting back against an authoritarian government, and as the masked online activist “group” Anonymous re-enters the news cycle it’s well worth another watch. What Paul Verhoeven’s Starship Troopers (1997) lacks in subtlety and nuance it more than makes up for in gory action and satirical commentary on the jingoism behind America’s fetishizing of violence, weaponry, and military service against others. Finally, Jody Hill’s Observe and Report (2009) may be extremely divisive as a comedy, but its observations about the mentality of immature boys craving authority is spot-on. Give it a watch, and then check out Brianna Zigler’s essay tying the film to last year’s Joker.

#Escapism will remain a priority

Who’s Up for Some More Netflix Originals Olivier Megaton remains the absolute best name for an action director even if his filmography is hit and miss with forgettable but sometimes entertaining fare (Colombiana, 2011; Taken 2, 2012). The Last Days of American Crime (premieres 6/5) promises something different, though, with the story about a government signal that prevents people from committing criminal acts and the band of thieves planning one last heist before it’s activated. Michael Pitt and Edgar Ramírez star, so it should be worth checking out. Harlan Coben’s thrillers are fantastic reads filled with twists and turns, but they’ve only been adapted to the big screen once (and that was for a fantastic French film). The past few years, though, have seen his books adapted into limited series, and this month sees The Woods (premieres 6/12) get that treatment. Finally, the terribly titled Eurovision Song Contest: The Story of Fire Saga (premieres 6/26) could be fun or could be a complete bust, but it stars Rachel McAdams, Will Ferrell, Pierce Brosnan, and Natasia Demetriou from the What We Do in the Shadows show, so we can’t not give it a watch.

Looking for Something Binge-Worthy? We held a Twitter poll recently to determine the “most binge-worthy” television series of all-time, and as we all know the winner was Quantum Leap. Coming in a close second, though, was NBC’s gorgeous and brutal adaptation of the novels of Thomas Harris. All three seasons of Hannibal (premieres 6/5) are worth your time, and while I personally think the middle season gets lost up its own ass the show’s visuals are never less than exquisite. Season 3 raises the bar and goes out on a high note… but if Netflix were smart, they would pony up the money and produce a fourth season to really bring it all home.

Leaving 6/7/20
Equilibrium
From Paris with Love 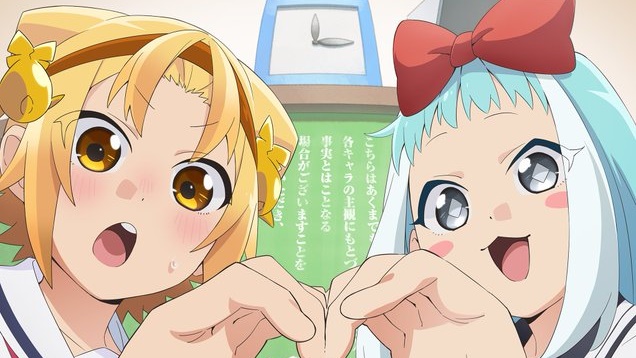