The first month of summer brings the first competitive release date in a while and two of the year’s best films so far.

This month has fewer films to offer in the VOD realm  — nearly half the number released in May. Perhaps it’s because the summer sun is upon us and social activity is more possible in the masked COVID-19 era when it’s warm out. The general quality of the films debuting in June 2020, however, actually looks greater than the output of the past couple of months.

Of course, the state of the film industry is still in flux. Distributors and marketers of previously scheduled theatrical releases are mostly unsure of what will land well on VOD, streaming, and the “virtual cinemas” that have begun to pop up. Many continue to push release dates into late 2020 or 2021, the latter becoming a more popular trend.

But if cinemas are actually on track to re-open in July with a new Russell Crowe thriller followed by Christopher Nolan’s hotly anticipated Tenet, then June might be the last month of major distributors eyeing the straight-to-VOD strategy for their big titles, like the latest comedy from Judd Apatow or a Sundance sensation from Josephine Decker.

For now, that’s the sort of thing we can still expect to see commercially premiering at home. Find those films and more highlights below ahead of our calendar of June VOD release dates.

This is strictly a VOD column, but June 12th has become quite a busy release date — it almost feels like we’re in a normal summer movie season — so we have to point out some of the big competing streaming titles as well. Namely ex-theatrical releases Artemis Fowl and Spike Lee’s Da 5 Bloods, which arrive exclusively on Disney and Netflix, respectively.

Most importantly for this column’s focus, though, Judd Apatow’s The King of Staten Island comes out as a premium rental (the $19.99 kind). It’s the filmmaker’s first fiction effort as a director since 2015’s Trainwreck and is more or less a loose Pete Davidson biopic. Needless to say, it should be pretty damn funny.

Funny enough to draw viewers away from the streaming outlets’ offerings? Unfortunately, there won’t really be an easy way to determine if The King of Staten Island is the king of the June 12th releases like theatrical box office figures would have.

The Liberation of Women

The two releases that excite me the most this month are writer-director Shannon Murphy’s debut feature, Babyteeth, and Josephine Decker’s surreal, boundary-breaking biopic — if it can even be called that — Shirley. Both films are focused on women in completely different difficult situations.

In Babyteeth, Eliza Scanlen plays a teenager who has just been diagnosed with cancer, which obviously sounds devastating. But Murphy’s style is so utterly unique and refreshing that it matches every tear with laughter or awe. In other words, this isn’t a Lorenzo’s Oil kind of situation where her parents (Essie Davis and Ben Mendelsohn) weep uncontrollably for two hours. In fact, it’s just the opposite. It’s a beautiful display of a young woman’s realization of who she is, what beauty means, what the dead say, and other profound abstractions about life and love.

Babyteeth plays out more like an examination of every family member’s deeply seeded issues, and parent-child relationships are more like mutual friendships. But, as it goes, there’s a boy who makes things more difficult. And Toby Wallace picked up a newcomer award at the film’s Venice Film Festival premiere for his performance in the role. Speaking of awards, we not only named it one of the best fall festival films of 2019 but also gave it a special honor of our own.

Shirley, on the other hand, is a chaotic romp through the writing processes of famed horror writer Shirley Jackson. Elisabeth Moss portrays the mentally deluged literary giant as she holes up in her house with her professorial husband, played by the perfectly cast Michael Stuhlbarg.

Rounding out the principal cast are Logan Lerman and Odessa Young as young academics staying with the crazy couple. Naturally, Shirley takes a liking to Rose (Young). The closer they become, the more invested Shirley becomes in Rose’s liberation, and the film shifts from vile and thrilling to romantic and sensuous. The result is one of the unparalleled wonders of 2020 cinema so far. You don’t want to miss either of these films. 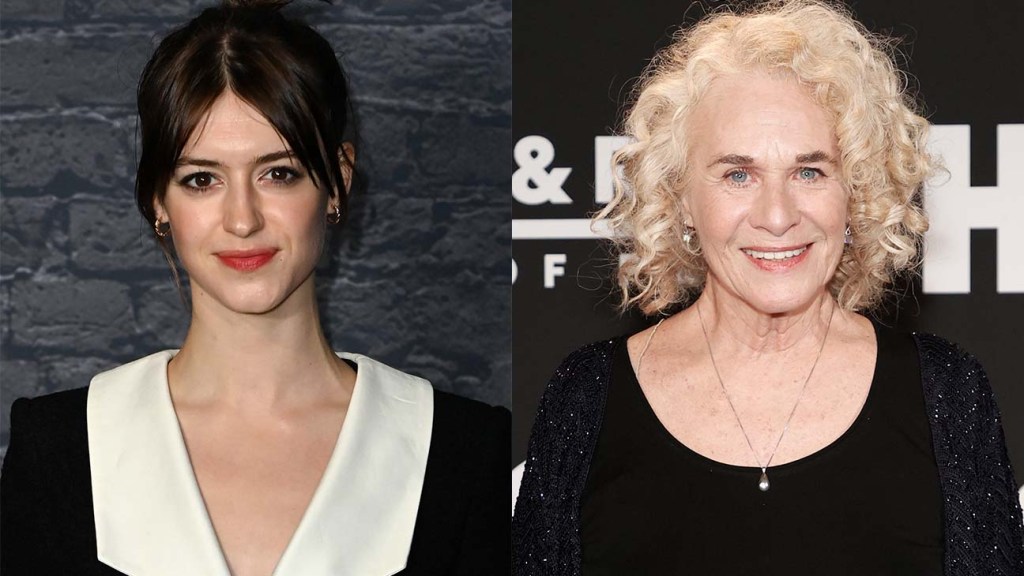