“Watch Online ‘Thor: Love and Thunder’ Review: Proves That ‘Ragnarok’ Was No Fluke”

“‘Thor: Love and Thunder’ Review: Proves That ‘Ragnarok’ Was No Fluke”

“Thor: Love and Thunder” has a pleasing, let’s-try-it-on-and-shoot-the-works effervescence. Like most Marvel movies, the fourth entry in the Thor saga would seem to have weighty matters on its mind, starting with Thor’s hammer, the smashed fragments of which have been reassembled — and, more to the point, claimed — by Jane Foster (Natalie Portman), Thor’s old flame. By possessing the mystique of that hammer, she has become the Mighty Thor. Not a superhero like Thor. She now is Thor — which, you’d imagine, might not sit so well with the God of Thunder himself. Absent of hammer, he wields an enchanted ax called Stormbreaker, but sorry, it’s just not the same thing.

Yet given that he hasn’t seen Jane since “Thor: The Dark World” (according to our hero, it has been eight years, seven months, and six days), and that he’d do anything to win her back, Thor is pretty good about playing the chivalrous supportive male and honoring the fact that she now possesses his brand. There’s some screwball sniping between the two of them, all of it charged and sexy and entertaining. And it’s not like they’re adversaries. They join up with the warrior teammates Thor met in “Thor: Ragnarok,” all to defeat Gorr the God Butcher (Christian Bale), a scarred super-killer who’s on a vengeful mission to destroy every god in the universe.

In other words, a standard day in the MCU.

But “Thor: Love and Thunder” is far from standard, and that’s a good thing. Like “Thor: Ragnarok,” the movie was directed and co-written by Taika Waititi, the New Zealand sleight-of-hand-prankster-who-is-also-a-serious-filmmaker, and it builds on the earlier film’s highly winning tone of skewed flippancy. But it also, like “Ragnarok,” possesses an offbeat humanity that justifies the japery. Waititi has the wit to see that if you aren’t mocking a Marvel movie as you’re making one, you might be taking it more seriously than the audience does.

There are many words to describe the quintessential 21st-century cinema experience known as the MCU movie. You could call it big and impersonal, corporate and bombastic, machine-tooled and clamorous, top-heavy-with-CGI and Fun In A Way That Lacks All Mystery. But amid those qualities, the most insidious may be the one that’s designed to distract you from the rest: the insouciant, sitcom-on-steroids jokiness that ricocheted through Joss Whedon’s original “Avengers” film and has greased the wheels of countless Marvel capers since. Even when it works (which, to be honest, is more than it doesn’t), the comedy is all part of the package, the quips arriving on cue with the same dead-end bull’s-eye timing as the CGI miracles.

That’s what made “Thor: Ragnarok” such a genuine Marvel wildflower. Waititi didn’t just take a Thor adventure, add comedy bits, and stir; he approached the Marvel paradigm as a grand statue he was going to scrawl graffiti on, using comedy — flaky, personal, unpredictable, with a blink-and-you’ll-miss-it dash of meta — to let the actors exist in their own space, and to loosen the laces on the Marvel formula. When Thor tossed his hammer at Hela (Cate Blanchett), his Maleficent-meets-Medusa evil sister, she stopped the weapon in its tracks, smashing it into several dozen pieces. It was as if Thor, without that big thick club of heavy metal, had lost his identity, and that’s how the movie played it — with Chris Hemsworth, shorn of Thor’s goldilocks as well, out there on his own, with nothing but his wits and his will to protect him. “Thor: Ragnarok” knocked the characters off their pedestals and had such a relaxed good time discovering them as scruffy, scrambling humanized beings that at moments it was as if Robert Altman had gained control of the Marvel machine with an assist from Wayne Campbell. The movie undercut the whole stentorian vibe of Marvel self-importance, and in doing so it actually brought you closer to the spirit of the comics, where these demigods were always improvising, just being themselves, making it up as they went along.

The last 40 minutes of “Thor: Ragnarok” were disappointing, with the top-heavy Marvel DNA kicking back in, but “Thor: Love and Thunder” sustains its freshness to the end. This one, if anything, has a more awkward first act, as our heroes interface with the Guardians of the Galaxy, who seem to have wandered in from their own metaverse and, frankly, should have stayed there. (I love the Guardians, but I don’t like it when movies pile on teams of superheroes.) But the movie powerfully introduces its villain, who starts off as an innocent victim in the middle of a drought, bald and robed like a Buddhist monk, his skin as chalky as the sand around him, desperate to save his young daughter from dying of thirst. When he learns that the gods who might have spared her view their subjects as mere playthings, he announces, “This is my vow: All gods will die.” Gorr, his eyes now yellow with rabid fury, gains possession of an ancient weapon known as the Necrosword, which has the ability to slay gods but corrupts and infects those who wield it.

Gorr has set a trap for Thor and his team, using the captured children of Asgard as bait. It’s a confounding situation, and so our heroes, in search of help, head for the Golden Temple, which hosts a powwow of gods presided over by none other than the mighty Zeus. That sounds like a solemn event, but Waititi stages it like a rowdy day at DeityCon, with Zeus played by Russell Crowe not as a noble leader but a decadent coward; Crowe, acting under a mop of bad curling-iron hair, speaks in a hilariously shabby accent that makes him sound like some chiseling merchant from a rug bazaar. This outrageous sequence, with its playful nudity, its “Wizard of Oz” smoke, and a lightning bolt that finds the perfect target, is the quintessential expression of Waititi’s Marvel-gone-“Flash Gordon” aesthetic.

In the end, however, it’s the mix of tones — the cheeky and the deadly, the flip and the romantic — that elevates “Thor: Love and Thunder” by keeping it not just brashly unpredictable but emotionally alive. In Kenneth Branagh’s “Thor,” Natalie Portman held her own as Thor’s earthly love interest, but here, pulling up on equal footing with him, Portman gives a performance of cut-glass wit and layered yearning. Jane might want Thor back, but she’s furious at how he let his attention drift away from her (though having a smirking megalomaniac half-brother with borderline personality disorder will do that to you). She’s also reveling in her power, even as she wages battle against a hidden malady it can’t save her from. (The hammer won’t help; using it drains her.)

In “Thor: Ragnarok,” Waititi won praise for his use of Led Zeppelin’s “Immigrant Song,” with its cawing battle cry that sounds like it hails from the Mesazoic Era. It’s hard to up the ante on Zep, but “Love and Thunder” comes close by spreading the greatest hits of Guns N’ Roses throughout the movie, from the combat-happy “Welcome to the Jungle” to the soulful spangle of “Paradise City.” Christian Bale, looking like a cadaverous goblin crossed with the clown from Bergman’s “Sawdust and Tinsel,” glowers with charismatic hellbent cunning, though I can’t say that he brings the character of Gorr any revelatory new flavor of malevolence. Tessa Thompson, as the mighty and still proudly dissolute King Valkyrie, and Waititi himself, voicing Korg the endearing rock-bodied simpleton gladiator, pick up where their winning performances in “Ragnarok” left off.

The climactic battle, with its shadow monsters, its children caught in the cross-hairs, and its all-for-one exuberance, has a tingly grandeur, and by the end I felt something unusual enough to feel at a Marvel movie that it seemed almost otherworldly: I was moved. Moved by how two Thors could come together to love each other and to save the universe. I like plenty of Marvel movies just fine, but they are what they are, and what they are is products. This one has enough wide-eyed boldness and shimmer to earn the designation of fairy tale.

#Optical illusion will make the room around you shrink

#Everything You Need to Know About Hulu – Review Geek

Watch Murder Among the Mormons with film summary and movie review 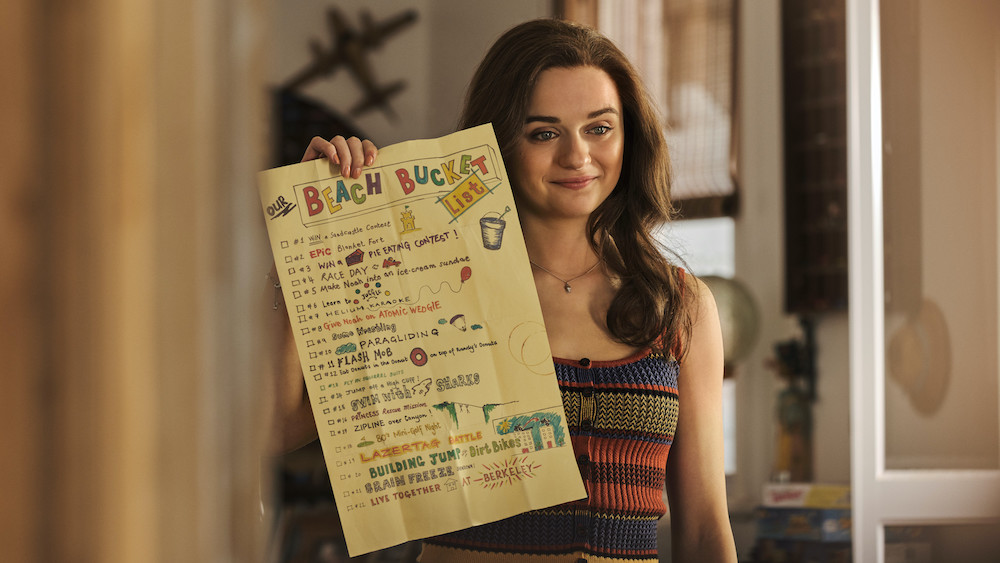 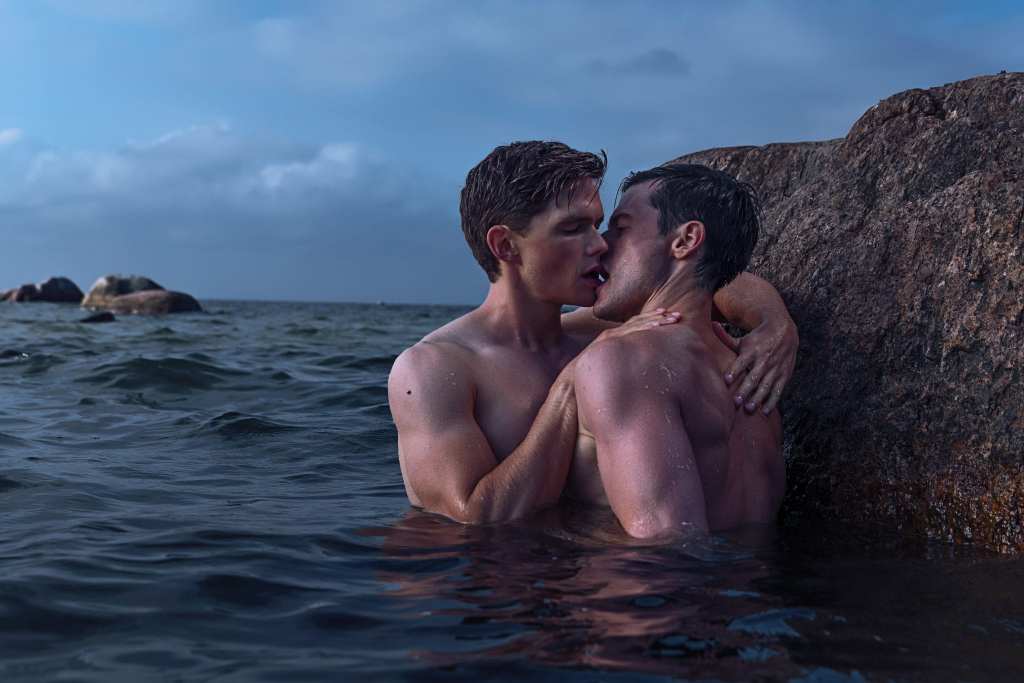