In early 2021, while Americans were focused on the transfer of power back home, daredevil director Matthew Heineman (“Cartel Land,” “City of Ghosts”) assembled a crew and flew to Afghanistan to check in on the status of America’s longest war. At that point, Osama bin Laden had been dead a decade, the Taliban was weakened but not defeated, and the U.S.-trained Afghan Army was holding its own fairly well — and yet, nearly 20 years in, there was still no end in sight for American involvement. That changed almost as soon as Heineman arrived, as the Biden administration made plans to pull out.

In that moment, what might have been another business-as-usual desert war doc — with routine patrols, precisely targeted drone strikes and soldiers expressing their ennui — shifted to something audiences hadn’t seen before. The title, “Retrograde,” refers to the process by which military forces extricate themselves from conflict, removing or otherwise rendering useless the equipment they’d used to engage the enemy. For Heineman, that meant capturing all kinds of cinematic sights: A brawny soldier smashes a heap of computer monitors, helicopters airlift vehicles out, and things go boom as a team tosses all remaining ammo into a trench, douses it in gasoline and lights the pile with a well-aimed rocket. The Taliban won’t be using these bullets.

Over the past two decades, we’ve gotten more Afghanistan documentaries than we can count, but none of them looks quite like this. Visually speaking, all of Heineman’s movies stand apart (including his terrific 2018 scripted debut “A Private War”). Here, the fearless helmer and his equally courageous camera operators bring back hi-def vérité footage that looks sharper and more artfully framed than most Hollywood features. Their focus is nearly always on faces — no-nonsense Green Berets scanning the horizon through seen-it-all eyes, native Afghans with dusty cheeks and scared, uncertain expressions — during the final chapter of American occupation.

Heineman begins at the “end,” as people swarm on Kabul Airport hoping to get out. His cameras are right there in the fray, as Afghan soldiers fire warning shots over the heads of the crowd, and right away, we sense the danger this small filmmaking team put themselves in to bring us this account. Yes, TV viewers saw even more shocking images of the exodus, as desperate people clung to the wings of departing planes. This is different: Heineman keeps filming even after his escorts leave, risking his hide to document the alarming short stretch before the capital fell to Taliban control.

The scenes that resonate most occur before the American departure, as soldiers who’ve spent years defending Afghanistan find themselves trying to explain their exit — a policy that many of them clearly don’t agree with, knowing that the “friendlies” who supported them will instantly become the Taliban’s highest-priority targets. Virtually every Afghanistan-set documentary of the past 20 years deals with collateral damage — usually the women and children killed in tactical strikes. This one contends with the fact that U.S. allies are now being dragged from their homes and executed, or else stuck at the airports, unable to get out.

After opening on the mess in Kabul, Heineman rewinds to his arrival in January 2021, taking us to Helmand province, where a team of U.S. Army Green Berets have been instructing locals on how to defend themselves. “Were you even born when this war started?” a repeat-tour veteran asks a young soldier, underscoring how far we’ve come from the 9/11 strikes that brought American forces to the region. Another experienced officer points out the long-tail consequences of U.S. involvement during that time: “Innocent men who died in 2000/2005, their sons are now old enough to join the Taliban.” For some, Americans were the liberators, whereas others will harbor lifelong vendettas against them.

The film’s most compelling character is General Sami Sadat, who’s risen through the Afghan Army for holding the Taliban at bay. While others duck and cover, Sadat doesn’t flinch when crossing exposed areas as bullets whiz by — and if that seems impressive, keep in mind that the guy filming him is doing the same (backwards and carrying heavy gear, to paraphrase Ginger Rogers). There’s not a dull shot in the entire movie, which is remarkable, considering how little actual action Heineman films — and most of that is done by drone, observed from behind computer screens. Tellingly, the Afghans inheriting this technology have a tougher time hitting their targets. Are they really ready to defend themselves?

We already know the answer. The Taliban took control far faster than anyone could have imagined and immediately set about rolling back the freedoms on women, students and a nation of citizens. In the short window between the American evacuation and extremists’ overthrow of the Afghan government, Heineman’s team follows Sadat as he transfers to Lashkar Gah, described as the last strategic front separating the Taliban from Kabul. But it’s a doomed operation, as the country’s only retrograde future takes hold.

# Ether price could 'decouple' from other crypto post Merge — Chainalysis 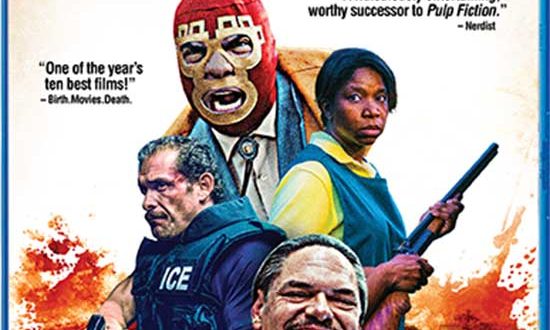