“Queer Canadian female teen werewolf movie” may sound mighty specific as a subgenre, yet 23 years after John Fawcett’s delicious cult item “Ginger Snaps,” along comes “My Animal” to ensure it’s no longer in a category of one. A sleek, sensuous debut feature from accomplished short film and music video director Jacqueline Castel, this chilly tale of a suburban outcast whose headlong crush on an alluring figure skater threatens to expose her shape-shifting secret skitters lithely between genres — touching on young adult romance, creature horror and dysfunctional family drama — while keeping its own identity as fluid and elusive as that of its wounded, haunted protagonist.

As played by striking nonbinary performer Bobbi Salvör Menuez, protagonist Heather is among the more intriguing werewolves in horror history: a girl whose introverted demeanor and androgynous appearance have already placed her on the social fringes of her sleepy, snow-blanketed northern Canadian town, and whose hereditary lycanthropy seems to her both an additional affliction and a potential escape valve. But as her conflicted sense of self is sent into overdrive by the advances of beautiful, ultra-cool Jonny (a suitably magnetic Amandla Stenberg), Jae Matthews’ screenplay swirls around in circles, shying away from cathartic transformation or confrontation until the eleventh hour.

That ultimately makes this Sundance Midnight premiere something of an elegant tease — by no means scary enough for demanding horror-heads. Still, its dreamy blood-and-ice aesthetic and bristling sapphic energy will seduce connoisseurs of LGBTQ+ genre fare, while Paramount has already secured global distribution rights outside Canada.

An eerie prologue further proves the maxim that horror films from “Poltergeist” through to “Skinamarink” have taught us: When the camera alights upon a TV set blaring in an otherwise pitch-black room in the middle of the night, nothing good can be afoot. As pale, stern-faced redhead Heather watches a Z-grade werewolf movie, the full moon outside triggers her furry transformation; before her parents Henry (a fine Stephen McHattie) and Patti (Heidi von Palleske) can contain her, she bolts from the house on an animal rampage. Henry has the affliction himself, which is seen in the family not as a curse but a condition to be managed — rather like the matter-of-fact presentation of cannibalism in Luca Guadagnino’s recent “Bones and All.” Heather must be shackled to her bed in advance of her attacks, while her midnight curfew is a little more urgent than most teenagers’.

By day, however, she’s just a regular weirdo. A friendless tomboy who works at the local ice rink and yearns to play goalie for its all-male hockey team, she has nobody with whom to share her secrets — not just her werewolf identity, which is less of a bane on her unhappy home life than her mother’s violent alcoholism, but her burgeoning lesbian sexuality. So when the impossibly glamorous Jonny doesn’t just give her the time of day, but seems sincerely interested in her, Heather’s world positively spins off its axis. She may not confess her supernatural burden to her new friend, but a different animal emerges as her pent-up sexual energy finally finds an outlet: Though Jonny can’t quite let go of her sneering jock boyfriend Rick (Cory Lipman), she and Heather find in each other’s bodies the escape they mutually crave from frozen reality.

Working predominantly in a palette of snow, black ice and emergency-light red, Castel and DP Bryn McCashin use swaying, intoxicated camera movement, heavily saturated filters and the occasional juddering strobe effect to sequester Heather and Jonny in their own world when they’re together. A centerpiece scene of the two young women hungrily making out in a darkened bar bathroom, the camera snaking over and under and around them, works up a humidity that feels wildly foreign to this bitter locale, otherwise framed in severe, serene compositions. The glassy, massing synths of Augustus Miller’s throwback score likewise swell with Heather’s physical excitement and agitation; the filmmaking in “My Animal” climaxes faster and more frequently than the tentative writing does.

“My Animal” finally leaves a few too many tantalizing possibilities on the table, its use of animal transformation as a metaphor for a surging libido only superficially explored. Hints of genderqueer identification in our protagonist remain just that, while Jonny’s seemingly conflicted sexuality is only seen through Heather’s eyes. Yet even as their incompletely drawn characters remain largely in limbo, we feel for these two misfit lovers, in large part thanks to the easy, skin-prickling onscreen rapport between Menuez and Stenberg. Menuez has something of Andrea Riseborough’s flexibly transparent intensity about them; their recessive, offbeat physicality is somehow both out of time and completely in tune with Stenberg’s glittery movie-star strut. Whether werewolf or mere vixen, both seem not quite of this world, least of all the small, snowed-in world presented here. 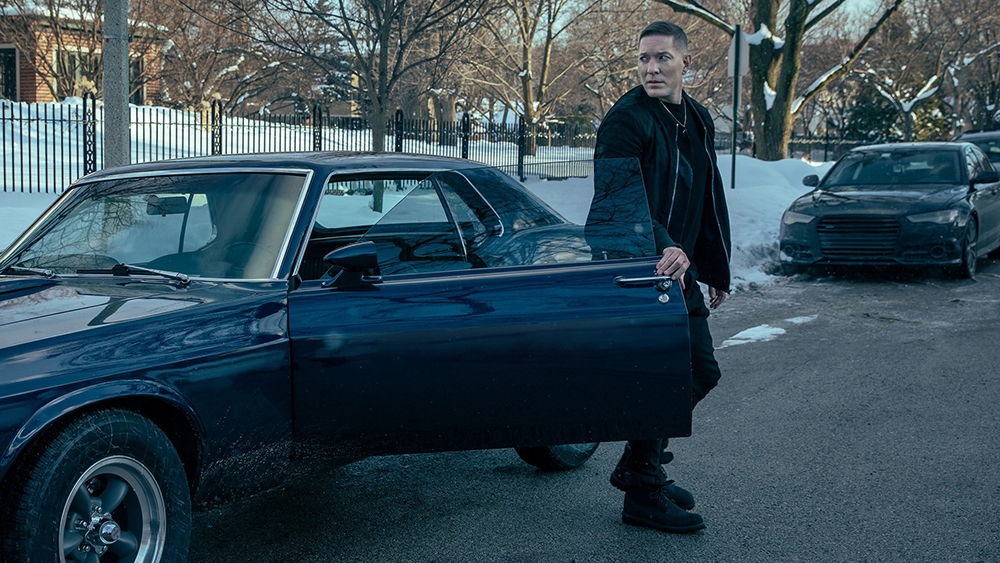 Watch ‘Power’-Verse Primer: Everything You Need to Know About Spinoffs ‘Ghost,’ ‘Raising Kanan’ and ‘Force’ 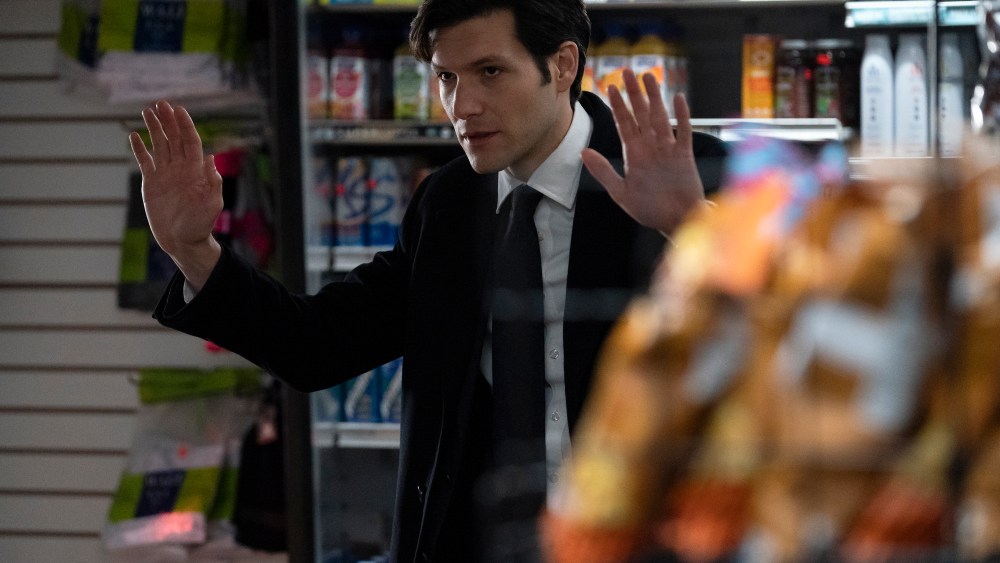 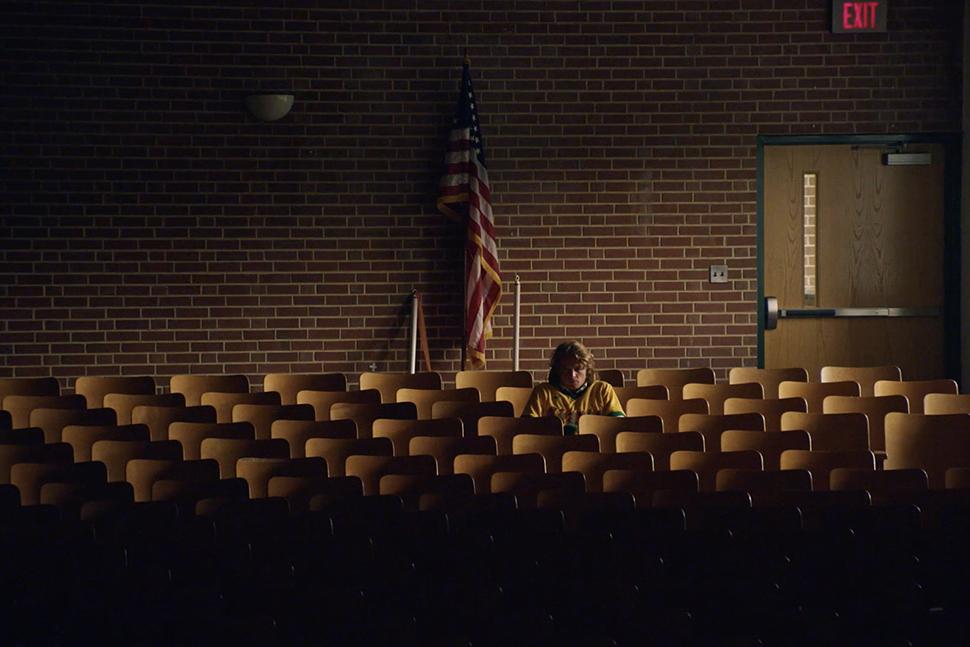 Watch ‘Giants Being Lonely’ Review: The Dark Side of Being a Teenage Jock 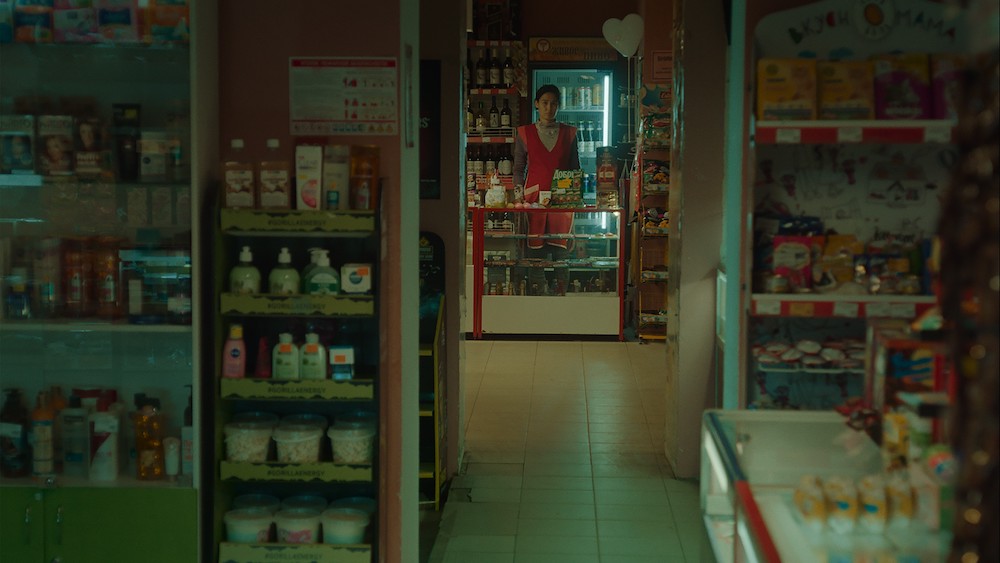