It was 19 years ago that Nick Broomfield, that spiky and compelling one-man band of documentary filmmakers, released “Biggie & Tupac” (2002), his chilling, no-frills, down-the-mean-streets-of-Compton investigative look into the murders of Tupac Shakur and Biggie Smalls.

The movie arrived at a moment when Broomfield had begun to style himself as a kind of high-end tabloid detective, plumbing the mysteries behind such sensational stories as the rise of Heidi Fleiss (“Heidi Fleiss: Hollywood Madam”), the suicide of Kurt Cobain (“Kurt & Courtney”), and the life and death of the serial killer Aileen Wuornos (Broomfield made not one but two films about her). “Biggie & Tupac” didn’t present definitive evidence of anything, but it offered what was at the time a groundbreaking portrait of life at Death Row Records, the underworld music empire presided over by the gangsta entrepreneur Suge Knight. It was a movie that dove into key questions and pushed them further and further, all driven by Broomfield’s unshakable (and valid) conviction that the way these two murders actually went down mattered a great deal in the world at large. At the same time, the film flirted with a major conspiracy theory, suggesting that Suge Knight might have killed Tupac, his golden goose, to keep him from leaving Death Row.

When Broomfield made his second Aileen Wuornos film, “Aileen: Life and Death of a Serial Killer,” in 2003, it was a much greater documentary than the first, building on what he had done before. So when I learned that Broomfield had made “Last Man Standing: Suge Knight and the Murders of Biggie & Tupac,” returning to this subject with a kind of dogged obsession, I approached the film with a ripe sense of anticipation. In the two decades since “Biggie & Tupac,” the investigation of these dual hip-hop homicides has become a kind of industry, propelled by books, nonfiction series, even dramatic features (like the recent “City of Lies,” starring Johnny Depp). And if Broomfield was returning to it, it seemed likely that he had something: more evidence, maybe a smoking gun.

Having seen “Last Man Standing,” I can testify that he does. No, it’s not a smoking gun in the form of forensic evidence that proves beyond the shadow of a doubt that this person assassinated Biggie Smalls. But Broomfield builds on a thesis that he presented in “Biggie & Tupac”: that rogue members of the L.A.P.D. were connected to Suge Knight’s empire, and that they were likely involved in the murder of Biggie. He has also, for what it’s worth, dropped the Tupac/Suge conspiracy theory.

Knight is now serving a 28-year prison sentence for voluntary manslaughter (in 2018, he was convicted of committing a fatal hit-and-run), and with the former rap mogul behind bars, a lot of his former associates are a lot less scared of him than they used to be. “Last Man Standing” is, for Broomfield, a relatively prosaic piece of filmmaking (the director, who we hear tossing out questions, doesn’t place himself at the center of the movie in a way that lent his earlier films a suspenseful charge). But Broomfield talks to a great many people (gang members, former bodyguards and henchmen, friends and associates of Tupac and Biggie), and what emerges from their testimony is a heightened look at a cultural moment — in hip-hop, and in the marketing of nihilism as celebrity. The movie asks us to connect the dots, and provides a great many dots; there are also tales of shattering viciousness. In “Last Man Standing,” Broomfield comes close to answering the questions — of guilt and recrimination — that have hung over these murders for too long.

The spine of the film is its close-up portrait of Tupac Shakur. And while it may seem, at this point, that his biography has literally been done to death, “Last Man Standing” uses interviews to fill in the paradoxical psychology of Tupac: that he was, at heart, an idealist, but also a brilliant actor, one who fashioned himself into a “gangsta” out of a fusion of opportunism and a kind of addiction that fed on media heat.

The time that Tupac served in prison, in 1995, for sexual assault had a profound effect upon him, and when Suge Knight bailed him out, with the agreement that Tupac would sign a pact with Death Row, Shakur agreed, in effect, to make himself the public image of the Bloods. He became Suge’s pet superstar, his Mob Piru mascot. Several people in the film testify that this wasn’t the “real” Tupac, but others talk about how his identity shifted. Suge Knight lived a life of fantasy: the private jets and yachts and cars, the stores in a mall opened at 3:00 a.m. so that he could shop there. And Tupac was intoxicated by it all. We see candid photographs and videos of the life he led at Death Row: the orgies, the hard-case acting out, the raps that become more narcissistic than political. For 11 months, Tupac submerged himself in the Death Row mythology, so that on Sept. 7, 1996, when he and Suge beat down the Southside Compton Crip Orlando Anderson after a Mike Tyson fight at the MGM Grand in Las Vegas, Tupac was sealing his own fate. He was shot that night, in all likelihood by Anderson, but no one — not even Suge Knight — would testify against the shooter. That’s how much primal hostility there was toward the police.

Suge got even his own way: by arranging for a retaliatory hit. “Biggie & Tupac” floated the scenario that the East Coast/West Coast rap wars, having turned lethal, culminated in the death of Biggie Smalls. “Last Man Standing” offers new testimony that Suge ordered the hit from prison, and that it was carried out with the cooperation of L.A.P.D officers who had been named in “Biggie & Tupac” by officer Russell Poole. Poole has since died, but “Last Man Standing” gathers other witnesses, like Tupac’s manager, Leila Steinberg, who places those cops at the scene of Biggie’s murder. Did the L.A.P.D. try to bury all this? There is testimony that Michelle Parks, the daughter of the L.A.P.D. chief at the time, Bernard Parks, was directly involved with the cops on Suge Knight’s payroll. Is that proof of anything? No. But it would be eyebrow-raising evidence in a court of law.

The story of Tupac and Biggie — who started off as friends, and who were both major artists — is larger than the issue of how corrupt and sickening their deaths were. Nick Broomfield, like others who have gone before him, is out to solve these crimes. But even if you do solve them, that doesn’t answer the question of why two rap superstars who were so revered both wound up murdered in cold blood. It’s like solving the assassination of Malcolm X. You can learn who did it, and why, but that won’t tell you the larger reason for why these men were snuffed by a hate that shouldn’t have been as large as the love they inspired. 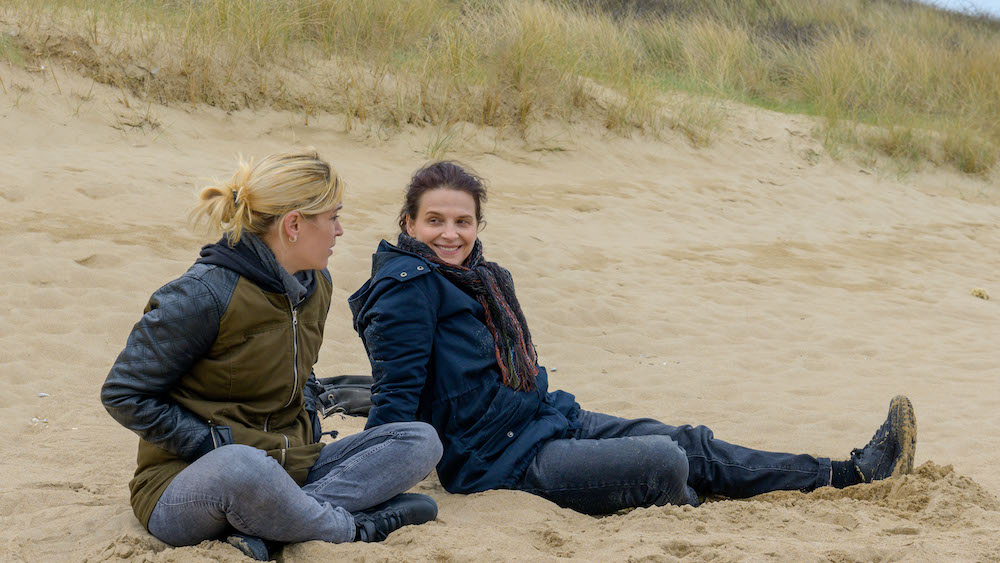 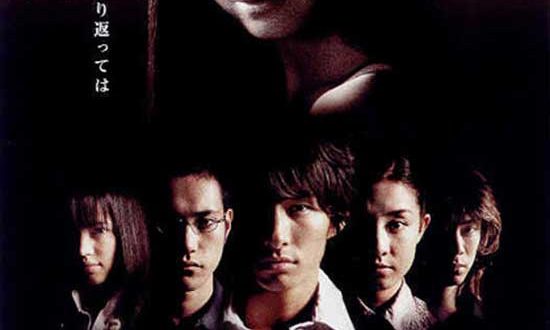 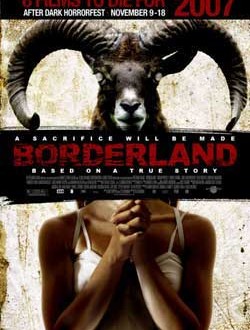 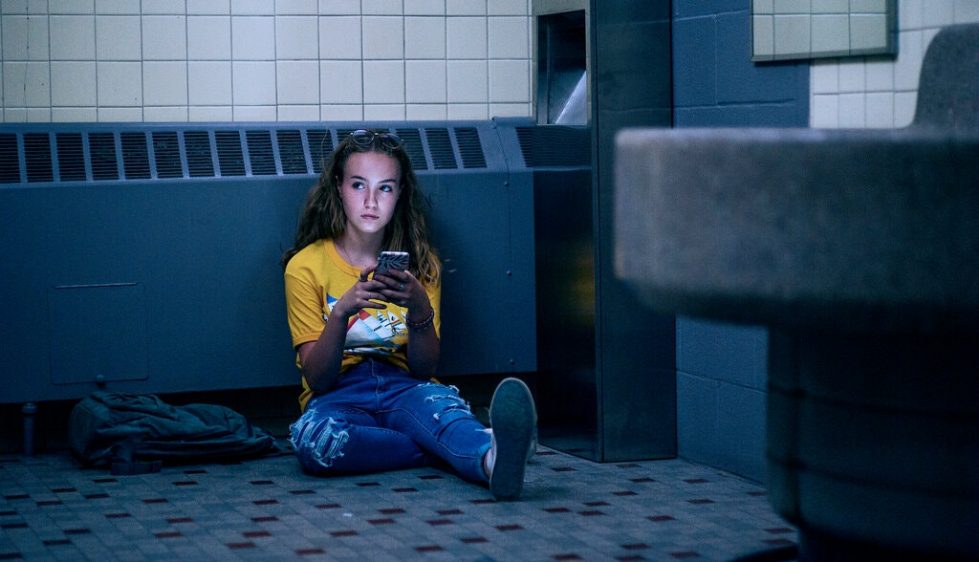 Watch ‘Les Nôtres’ (Our Own) Review: Provocative Drama About Grooming