They say the era of movie stars is fading. If so, there are many reasons for that, but it’s funny how movie stardom works. It might be fading…until you see someone who has star quality spilling right out of her. Suddenly, her stardom seems more than a hope — it feels inevitable. That’s what I think about Eve Hewson after watching her in “Flora and Son,” the latest spiky wistful Dublin pop-rock bauble from writer-director John Carney (“Once,” “Spring Street”).

Hewson, from “Bad Sisters,” plays the kind of character we’ve seen many times before: a feisty, dissolute single mother who’s swimming in problems, most of them of her own devising, like the fact that she’s trying to be a responsible parent and a party girl at the same time. Hewson’s Flora is an Irish whippersnapper with a 14-year-old son (Orén Kinlan) she does nothing but fight with, a sexy musician lunk of a soon-to-be-ex-husband (Jack Reynor) she does nothing but trash, and a taste for sordid dance-club nights that usually leave her hooking up with someone she doesn’t want to look at in the morning. The film opens in one of those clubs, and the moment that first cued me to Hewson’s magnetism is when she’s dancing with the bloke who told her, earlier in the evening, “I’ll be ridin’ you tonight,” and she shooed him away like a mosquito, but now that he’s the only prospect left she fixes him with a look of such brazen drunken lust (mixed with disgust, maybe at herself) that you can’t look away.

Flora, who works as a nanny, doesn’t know her own worth, and mostly blames the world for her troubles. Hewson plays her by digging into the self-righteousness, making it coarse and snappy and funny as hell, but also by showing you the sane woman beneath the blinders. Her Flora is furious and tender, sharp-edged and easily wounded, a slovenly mess and a whip-smart dynamo. Berating her loser ex, she turns on the raunchy temptation, because she wants him to remember what he’s missing. But Hewson, who has her father’s eyes (her father is Bono), not to mention the most radiant lass-next-door smile since I don’t know who, seems temperamentally disinclined to stay angry for long. There’s too much else going on in her. In “Flora and Son,” she makes the drama of Flora’s mood swings romantic. Which is what a movie star does.

John Carney has, in a sense, invented his own kind of musical. The form is lo-fi (the characters play their own instruments), the situations have the bittersweet melancholy of a good ’90s Miramax movie, and the songs stake out a place somewhere on the spectrum between indie emo earnestness and Loggins and Messina nostalgia. If you’re the sort of person who groans at a soft-rock reference, Carney’s movies may not be for you. But they’re for a whole lot of other people (like me) who miss the tuneful sincerity of past eras of pop. “Fanny and Son,” which is Carney’s first movie in seven years, is his simplest since “Once” (which was a magically simple movie), and it’s also his best since “Once.” It’s catchy and touching, it weaves the music into the story with a spontaneity that can leave you laughing with pleasure, and it navigates an honest path from despair to belief, which is Carney’s disarmingly sweet calling card.

Trying to mend fences with the surly delinquent Max, who she had when she was 17 (which explains a lot, so the film doesn’t have to explain it), Flora fishes a beat-up guitar out of a junk truck, repairs it and sticks a bow on it, and offers it as a gift to him. He couldn’t be less interested, but it’s not as if Max doesn’t like music. He simply lives in the 21st century, where his idea of being a musician is forging dance tracks on his computer, which he’s great at. They sound like Pet Shop Boys with an overlay of white-boy rap.

Instead of tossing the guitar out, Flora figures that she’ll give herself a guitar lesson. Perusing the endless guitar-lesson sites on YouTube, most of which are totally unappealing, she happens upon Jeff (Joseph Gordon-Levitt), a mellow dude, with medium-long hair and a beard, who sits in his studio in Los Angeles, his window peering out onto a sunlit canyon with a eucalyptus breeze. Gordon-Levitt, who seems to be channeling Keanu Reeves and the young Kris Kristofferson, plays him like a relic of the ’70s — sweet and hot, with a beguiling roster of singer-songwriter chords. One look at this grinning hippie troubadour and Flora thinks she’s in love.

He charges $20 an hour for a Zoom lesson, and the first thing she wants him to teach her is to play James Blunt’s “You’re Beautiful.” But Jeff, who in his way is a rock purist-snob, believes that a great song has to be less universal and more specific. (He’s wrong about that, but whatever.) Showing Flora how to form chords, he’s like an easy-listening therapist, and when the two are playing and singing together, and he suddenly emerges from the computer and is right there in the room with her, or next to her on a roof or in a park, it feels as natural as pie, like something out of “Once.” Call this “Twice.”

Jeff isn’t really there with her. She just feels like he is. But their three-chord camaraderie, with its gentle undercurrent of romance, starts to lift Flora out of her funk of dissatisfaction. He also sends her a clip of the young Joni Mitchell singing “Both Sides Now.” She watches it, with tears rolling down her cheeks, and Hewson is so good that you could almost swear the tears are giving a performance. It’s all part of Flora’s musical medicine.

“Flora and Son” is small of scale, unabashed in its pop sincerity, and irresistible. Flora and Jeff write a song together — or, in fact, she takes his song, which never sold for him, and improves it with a new chorus. You will not be surprised to hear that a band forms, consisting of Flora and her newfound skills, Max and his dance tracks, and the ex, with whom Flora mends fences, on bass. I have one issue with “Flora and Son”: The whole movie seems to be heading for a romantic catharsis that never quite arrives. The same thing worked exquisitely in “Once.” Here, the somewhat more conventional situation makes us long for a more conventional resolution. Of course, the title tells you why — this is really a love story about a mother rediscovering her connection with her kid. And the song performances are just enchanting enough to carry the day. “Flora and Son” has a quality that has always brought life to musicals, but that has now gone out of style. You might call it innocence. 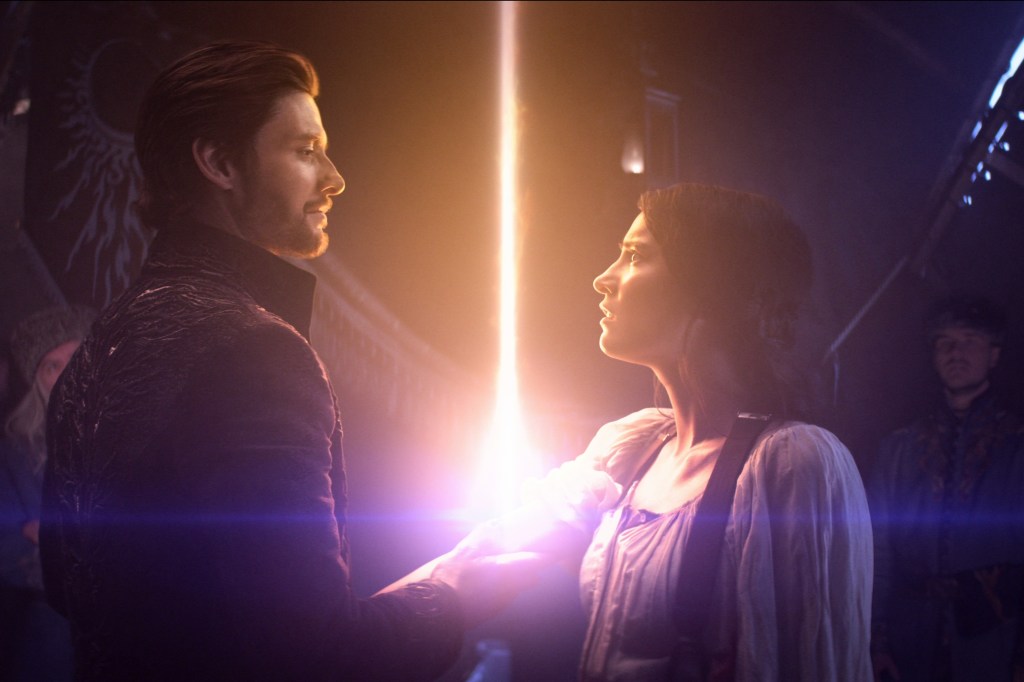 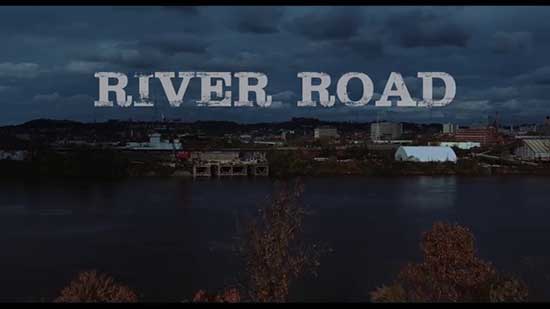 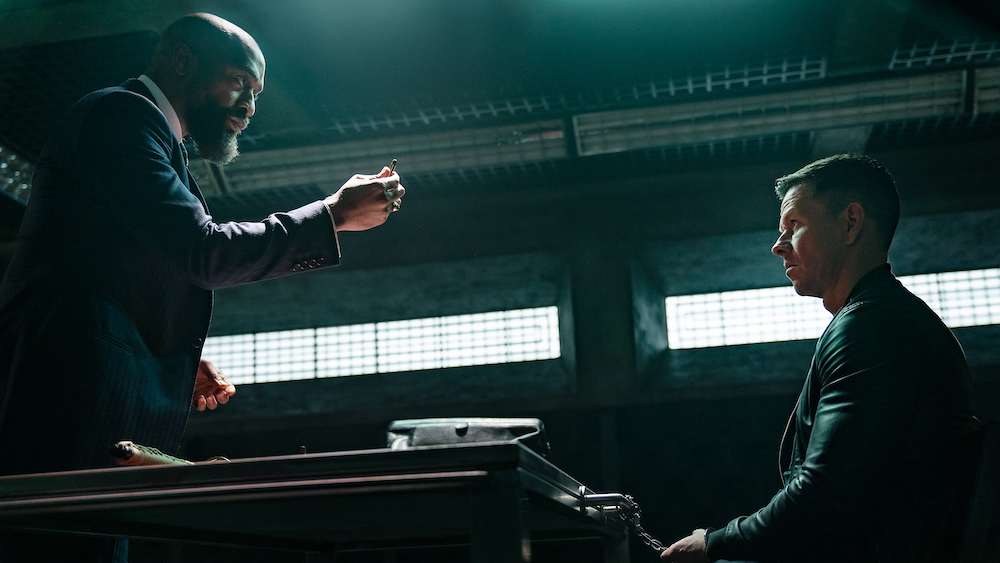