A Halloween take on the viral Fleetwood Mac TikTok.

Probably the best thing to happen in the last week was this video by TikTok user 420doggface208 (aka Nathan Apodaca) that showed him peacefully skateboarding while chugging Ocean Spray Cran-Raspberry juice and singing along to Fleetwood Mac’s “Dreams”.

It was, as many people pointed out online, a definite vibe. The video received more than 20 million views on TikTok alone—it also went viral on Twitter and Instagram. On top of that, sales of “Dreams” shot up, as did streams of the song on Spotify. The video inspired memes and copycat videos to the same iconic tune.

This weekend, one person decided to do a spooky take on the viral video. Designer Kiel James Patrick (@kjp on TikTok) posted a video of himself in the same perspective as Apodaca, but outfitted with a Halloween sweater and holding what appeared to be a Starbucks Pumpkin Spice Latte in one hand.

There’s another notable difference in this skateboarding video: Patrick is wearing a jack-o’-lantern on his head that is inked on the side with a drawing of 420doggface208’s feather tattoo. If that weren’t enough, he ends the video by dunking the latte on his head, liquid spilling all over the pumpkin and his sweater. It’s an October 2020 mood, that’s for sure.

We’ve reached out to Patrick for a comment on the video. 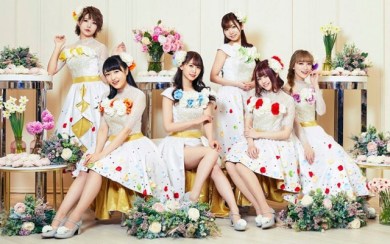 #When You Watch It Again, Sabrina The Teenage Witch is Actually Really Disturbing