Some of the most iconic movie characters of all time are hidden behind a mask or prop or exist solely in animated form. Think of Darth Vader, Bugs Bunny, and HAL-9000. These three characters and countless others have affected us primarily with the sound of their voice — provided by James Earl Jones, Mel Blanc, and Douglas Rain, respectively. But such powerful achievements tend to be overlooked by the Oscars and especially the Golden Globes. In fact, vocal performances, whether linked to physical or animated characters, are entirely ineligible for any sort of recognition by the latter’s Hollywood Foreign Press Association.

The matter has come up in the past, such as when the HFPA ruled against allowing Scarlett Johansson to be considered for a Golden Globe for her voice acting in Her. In that movie, she’s an unseen AI personality, similar to Rain’s work as HAL-9000 in 2001: A Space Odyssey. Now the same organization has decided to clarify that any role by an unseen actor is considered a voice-only performance, meaning that an actor obscured by a mask or costume (but presumably not makeup) does not qualify, even if the actor in physically in the scene. The announcement was to clarify whether or not Pedro Pascal was eligible for his performance as the titular character in The Mandalorian.

Technically, Pascal’s performance goes beyond vocal, since he is the person in the costume (albeit aided by two others who double for him with specific stunt tasks and weapon-handling expertise). That case is not the same as Jones and Vader, who was mostly physically portrayed under the costume by David Prowse in the original Star Wars trilogy. Or the interesting case of Yoda, who was voiced and also physically performed, through puppetry, by Frank Oz. Many other regular cast members of the franchise did, however, wear the costume as well as provide the character’s voice. Interestingly enough, the only person to ever receive an Oscar for vocal work — excluding Jones’ lifetime achievement honor that would in part be for his Vader role — was Ben Burtt, who was given a special Academy Award for his work on the first movie’s creature and robot sounds and voices, some of which, like R2-D2‘s iconic beeps and boops, were partly vocalized by himself.

The Oscars actually don’t discriminate against vocal performances by any rule of theirs, but outside of Burtt’s non-competitive exception, the Academy has never nominated an example of voice acting. There have been plenty of times when a performance in an animated feature has been suggested for inclusion among the acting nominees, namely Robin Williams as the Genie in Aladdin and Ellen DeGeneres as Dory in Finding Nemo. Performance-capture work, particularly by Andy Serkis and especially in the Lord of the Rings and Planet of the Apes movies have been pushed as well. The Academy does have one rule related to vocal performances and that’s to disqualify any acting done physically on the screen where the vocals are provided entirely by another actor. I guess that means Jones could have been nominated for Vader but not Prowse.

Should the Oscars just create a category for vocal performances? The Academy probably doesn’t hear about enough demand per year to do that, despite there certainly being enough contenders. But if so they could take the lead from the Emmys, which began separately recognizing voice acting in 1992, thanks to The Simpsons. The award tends to be in recognition of performances in animated programs (the initial incarnation of the category, before a split was made, also honored narration), though last year Sesame Street puppeteer Eric Jacobson was nominated for his work voicing various Muppet characters. Presumably, if Pascal was to receive an Emmy nomination for The Mandalorian, it’d have to be as Best Lead Actor.

Elsewhere, awards given for voice acting are exclusively for animation, as in the case of the Annies, which gives separate awards for movies and television performances. Or animation seems to be the focus, as in the Behind the Voice Acting Awards, though they have also nominated actors from Star Wars films and a few other live-action features with computer-animated or voice-only characters, including James Spader for Avengers: Age of Ultron and Scarlett Johansson for Her. Occasionally, as in the case of Mel Blanc by the Annies in 1977, legends in the voice acting field are recognized for a body of work and lifetime achievement. Cartoon staple Frank Welker deservedly received a lifetime achievement award at the Primetime Emmys in 2016.

Cases for vocal performances deserving more respect can be found all over the place in all kinds of movies and TV shows, but I’ve been watching the Toy Story films a lot lately and the original is a great example of the power of great voice acting. The visuals in the first Toy Story are quite crude, even by the standards of animation in general at the time, as that was very early in the craft of computer-generated animation. There was definitely a novelty to the look of the movie that garnered a lot of attention. The reason it still works today, however, is due in large part to the vocal performances. The writing is definitely another major reason, as is the directing of those relatively rudimentary drawings, but particularly Tom Hanks and Tim Allen bring not only their characters but the whole movie to life.

Pascal’s performance in The Mandalorian is not as outstanding or memorable as others mentioned here, but similarly, his voice goes a long way in the characterization of a role that offers little physical expression — all body language and no facial movement until the one episode where he finally removes his helmet. He does it more subtly than most voice actors, too. It’s a unique kind of performance, though, due to Pascal being present in the suit. More like Anthony Daniels as C-3PO in Star Wars than, say The Mandalorian‘s own droid IG-11, who is voiced but not physically portrayed by Taika Waititi. In a way, it’s a hybrid performance, but not really any different than performance capture. Classification for which sort of categories in which sort of awards gets tricky in such circumstances.

Broadly speaking, physical or vocal, they’re all just performances by actors. So, preferably, anything from silent roles to voice-only roles should be judged together based on how well the actor embodies and personalizes and communicates the character in whatever way is needed. That does get complicated when considering roles with multiple performers — like how the title character of The Mandalorian is technically played by the two doubles as well as by Pascal — but film and television acting has always been a collaborative effort with performances aided by directing and editing. Perhaps just as characters and IP have replaced actors as the “movie stars,” the characters are the ones who’ll one day be recognized overall rather than any specific persons performing those roles.

#What Critics Said About ‘The Office’ 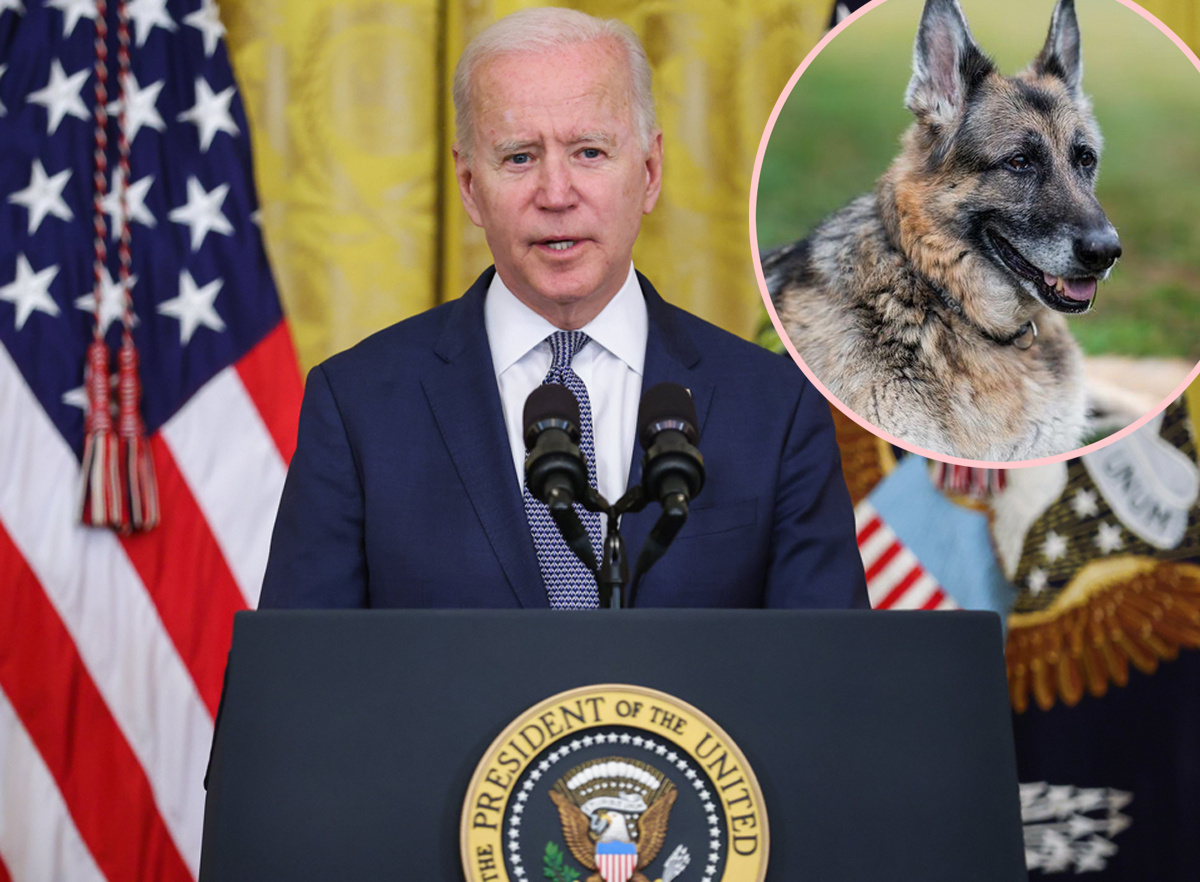 #Joe & Dr. Jill Biden Mourn Loss Of Beloved German Shepherd Champ After He Passes Away At 13