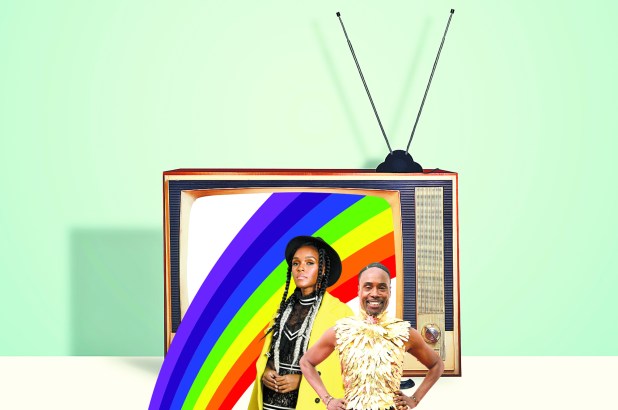 The march will go on.

A big LGBTQ Pride parade wasn’t part of NYC’s coronavirus Phase 2 reopening this week. But this Sunday two organizations will still recognize — one virtually, the other with an in-person gathering — the first Christopher Street Liberation Day March on June 28, 1970.

In lieu of a march through the streets this year, NYC Pride will stream a star-studded “special broadcast event” from noon to 2 p.m. on WABC Channel 7, abc7ny.com and on ABC News Live. It will be a more isolating event, of course, than last year’s WorldPride celebration, which drew more than 2.5 million spectators for the 50th anniversary of the 1969 Stonewall Inn uprising in Greenwich Village. But Grammy-nominated singer Janelle Monáe, “Pose” actor Billy Porter, “Absolutely Not” singer Deborah Cox and “RuPaul’s Drag Race” alum Monét X Change will be among the performers pumping up the virtual crowd.

The event will feature four grand marshals, including “Schitt’s Creek” creator and star Dan Levy and human rights activists Yanzi Peng and Victoria Cruz. And on June 17, the Ali Forney Center announced plans to honor “solidarity over pride” and “relinquish” its grand marshal title, instead giving its airtime to Black Lives Matter of Greater New York.

Meanwhile, Reclaim Pride Coalition is emphasizing social distancing and mask-wearing for its in-person, 3-mile Queer Liberation March, which kicks off at 1 p.m. Friday at Foley Square along Centre Street. This year’s protest has even more meaning in the wake of worldwide outrage over the deaths of George Floyd, Breonna Taylor, Rayshard Brooks and others in police custody. The coalition — which held its first rally last year concurrently with the WorldPride event — was formed to march “in our communities’ tradition of resistance against police, state, and societal oppression, a tradition that is epitomized and symbolized by the 1969 Stonewall Rebellion,” according to a statement on the organization’s site.

A firm route has not been released for this year’s march, but protesters will move north “to Queer history landmarks, ending in Greenwich Village,” reads an Instagram post from Tuesday. The march will stream on the coalition’s site.

#Anthony Perkins Will Always Frighten Us in ‘Psycho’