Novavax says Phase 3 study of COVID vaccine found it to be 90.4% effective overall


The global tally of confirmed cases of COVID-19 climbed above 176 million on Monday, and U.K. Prime Minister Boris Johnson delayed the full lifting of restrictions on movement amid a surge in new cases caused by the Delta variant.

The U.K. began easing in March and was expected to fully reopen on June 21. But that goal has been overturned after a 50% increase in positive tests in the past week with the Delta variant that was first detected in India accounting for more than 90% of cases.

Cases are now at their highest level since February, although hospitalizations and deaths have remained in check and more than 40% of the adult population are fully vaccinated. Johnson said the next phase of reopening will be delayed by four weeks to July 19.
# Top forecaster sees a rough patch the next three months, then a strong recovery as COVID fades

At a press briefing, Johnson said he is “confident that we won’t need more than four weeks” as millions more people get fully vaccinated against the virus, which could save thousands of lives, the Associated Press reported.

He said it is “sensible to wait just a little longer” and that “now is the time to ease off the accelerator.”

There was positive vaccine news from Novavax Inc.
NVAX,
,
which said a Phase 3 study of its COVID jab found it was 90.4% effective overall. The study involving almost 30,000 patients found the vaccine provided 100% protection against moderate and severe disease.

Don’t miss: Is it time for Americans to drop their infatuation with the PCR test? That’s what this COVID-19 testing expert thinks

In the U.S., a Texas hospital system’s mandatory COVID-19 vaccination policy for employees can stand after a federal judge on Saturday dismissed a closely watched lawsuit from workers refusing to get the shot.

Southern District of Texas Judge Lynn Hughes made his decision days after Houston Methodist Hospital suspended 178 workers for not getting vaccinated by a June 7 deadline.

The U.S. has now fully vaccinated 43.4% of its overall population, according to a tracker created by the Centers for Disease Control and Prevention. That means 143.9 million people have received two shots of the two-dose vaccines developed by Pfizer Inc.
PFE,

and Moderna Inc.
MRNA,
,
or one shot of the Johnson & Johnson
JNJ,

vaccine has not been authorized for use in the U.S.

The U.S. added 14,288 cases on Sunday, according to a New York Times tracker, after daily numbers ticked back above 20,000 twice last week. That is still down 29% from the average two weeks ago. But hospitalizations and deaths remain well below the 14-day averages, the tracker shows.

However, the pace of vaccinations has continued to slow, raising doubts that President Joe Biden will reach his goal of 70% of the population vaccinated by July 4. So far, Maine, Vermont, Massachusetts, Connecticut and Rhode Island are the only states to have fully inoculated more than 50% of their populations, according to data aggregated by Johns Hopkins University.

Southern states have lagged with Louisiana, Alabama and Mississippi showing the lowest rates of vaccination.

#Thailand's 'largest ketamine bust' turns out to be cleaning solvent

Brazil has the third-highest case load at 17.4 million, according to JHU data, and second in deaths at 487,401.

China, where the virus was first discovered late in 2019, has had 103,381 confirmed cases and 4,846 deaths, according to its official numbers, which are widely held to be massively underreported. 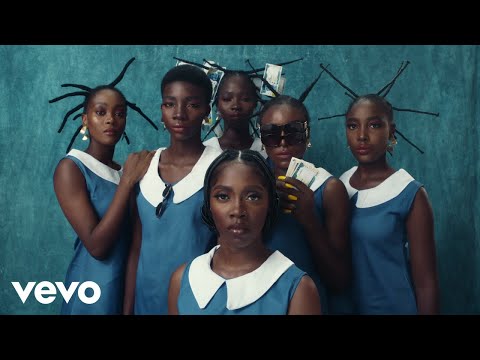 #Listen To This: A True Savage!

#Answering biggest questions 2020 NFL season has for Jets and Giants

# ‘She is an enabler who refuses to admit it’: My mother sold her house to my brother and offered me 10% of the proceeds. Is that fair?